Accessibility links
Bob Boilen's 243 Favorite Concerts Of 2012 : Best Music Of 2012 When you see 462 concerts in a single year, there's a lot to choose from. The ones that stuck with Bob Boilen in 2012 all featured the element of surprise. 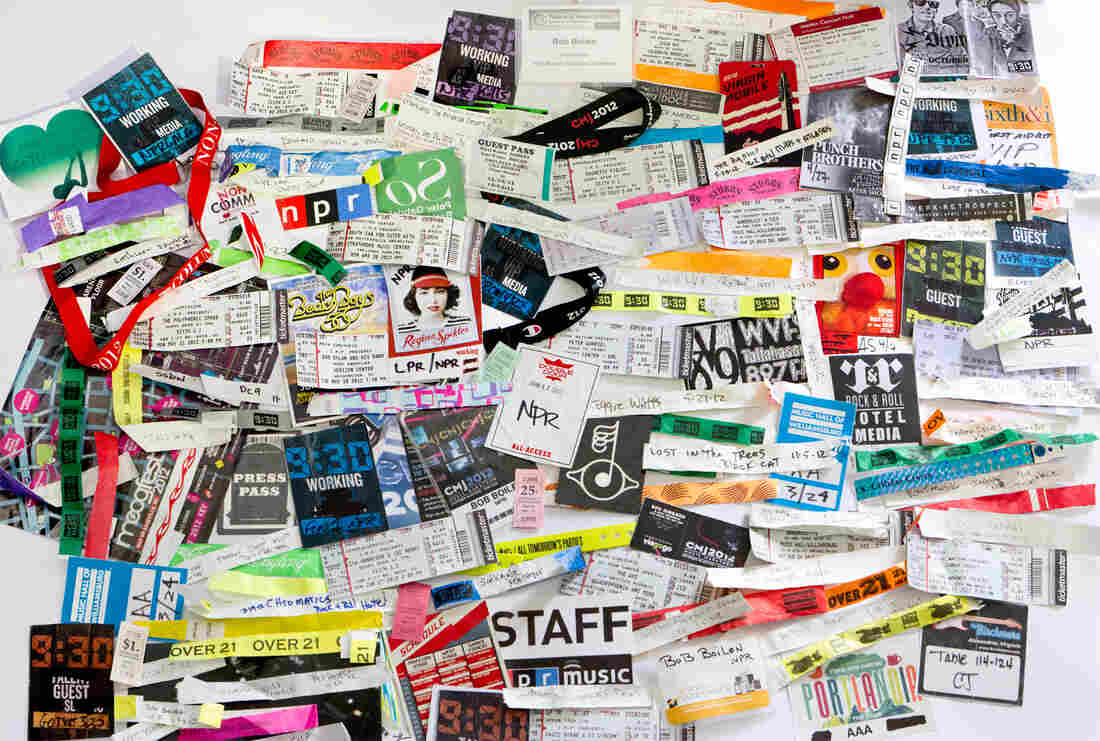 What a brilliant year for live music 2012 was. And I saw an awful lot of it: 462 performances, by my count. I know that sounds insane — more concerts than days in a year. Many of those were full concerts, but sometimes at music festivals I'd run from club to club or stage to stage just to catch a song or two. It's all part of a quest to find new music and hear new talent. Even a short taste helps me know whether I need to pay attention to a burgeoning band or whether a classic act seems to give a damn anymore.

Live music is in such abundance. It wasn't like that when I was growing up. Maybe that's part of why I drink it up with such abandon. What really made a concert memorable, as I look at this list with some hindsight, was the element of surprise. People Get Ready's mix of performance and theater, Kishi Bashi's unfolding solo magic, the inexhaustible energy of Death Grips and so on. I love walking into a room with either zero expectations or having my expectations challenged.

Below I wrote about my 10 favorite concerts of last year, plus some runners-up (a number of them were recorded by NPR Music, so you can listen for yourself). You'll also find the complete list of shows I saw in 2012. How do I keep track of what I loved, liked and everything else? I take a one-minute video of almost every show I see and save wristbands and badges (you can see a huge, hi-res, interactive version of the photo above here), but I didn't write stuff down and — embarrassingly — I'd sometimes completely forget who that opening band was Tuesday night. Fortunately, there are people crazier than me who do keep track of this stuff: Show List DC — with its list of dates, band names and venues — was my life saver when I began to compile my complete list of concerts.

Beyond that top 10 list were a number of shows worth singling out for one reason or another: the first concert I saw that successfully used an app, the concert that made me fall in love with my favorite album of the year, etc. You'll find a handful of those stand-outs below, followed by the big list of all 462 performances that I saw this year, in chronological order (click here, or on the list itself, for a larger PDF of the complete list). The 243 in bold were the most memorable, the bands I'd recommend seeing if they come to your town. I want to thank the many, many musicians, sound engineers, club owners and staff and all those who made it possible to see such an assortment of remarkable talent all year long. Here's to 2013.