Accessibility links
The Most Stylish Music Videos Of 2012 : Best Music Of 2012 It was a great year for videos that referenced high fashion, personal style, beautiful cinematography and a wide variety of clothing — from monks' robes to colorful suits — perfect for dancing.

The Most Stylish Music Videos Of 2012

The Most Stylish Music Videos Of 2012 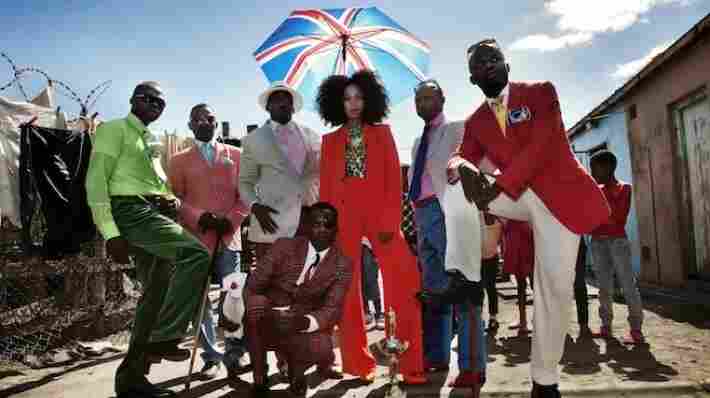 Solange and her Sapeur co-stars in the video for "Losing You." hide caption 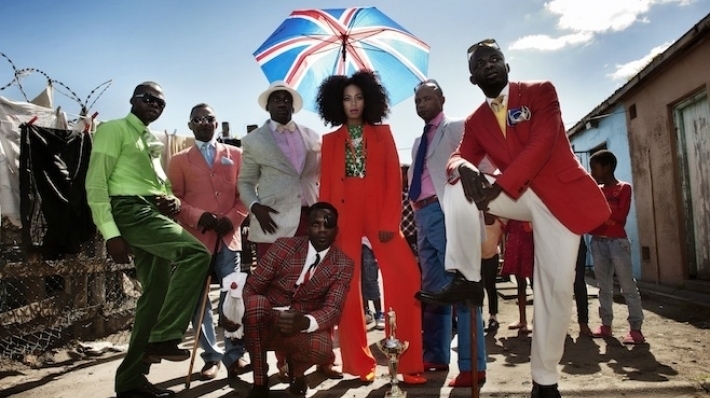 Solange and her Sapeur co-stars in the video for "Losing You."

Was 2012 the year that the music video format got its groove back? As artists released videos that were previewed with movie theater-style trailers (as well as releasing clips that were as long as mini documentary films), there seemed to be a thread of stylish creativity and fearlessness imagery that hasn't been seen since MTV's heyday in the 1980s. This year's crop of top directors worked with bold colors and trippy imagery that referenced high art and high fashion labels, pop cultural favorites and beautiful locales in order to create these standout videos.

From runway-fresh couture looks to exemplary moments in cinematography and video concept, here are eight music videos that personified style in 2012.

BEST NIGHT IN
"Queens" by THEESatisfaction
Directed by dream hampton

Director dream hampton takes a cue from collage artist Mickalene Thomas's fearless pattern-mixing and color-clashes and proves why getting dressed can be an act of love. Above all, the women in this video are comfortable, together, happy and endlessly beautiful.

Layer upon layer of black on black on black: Big Sean's head wrap, Kanye's gloves and vest, Pusha T's quilted leather bomber jacket, and more. But it's not just the clothes. The angular, limitless parking lot recalls the imagination of another prolific MC — Escher.

The U.K. dance maestros bring us yet another bonkers music video, and this time, they have comedian Reggie Watts and supermodel Lara Stone starring as pilots playing an intergalactic game of chicken on their way to Earth. It starts getting even more weird as legendary British actor Terrence Stamp leads a rather stylish hooded cult in a few epic dance-offs while waiting for the two ships to arrive.

Annie Clark is literally an object to be gawked at in this slow-burning story of an attempted escape from art's shackles. Heavy references to the large-scale sculptures of Ron Mueck, including the sad-eyed expressions on the faces of the museum-goers, make this a beautiful but disorienting experience.

Solange travels to South Africa with a few friends to bike around, see the sights and do some fully-clothed night swimming. But her Sapeur co-stars end up serving some swenka realness and almost end up stealing the whole show.

MOST GORGEOUS VIDEO THAT SEEMS TO REMIND US OF SOMETHING...
"Postcards from 1952" by Explosions in the Sky
Directed by Peter Simonite and Annie Gunn

This lush clip from the Texas-based rockers (it's the band's first-ever music video) showcases a treasure trove of simple yet memorable moments: a first kiss, a childhood birthday party and taking pictures in a photo booth. This expansive video grabs the viewer's complete attention for seven wondrous minutes. It's no secret why the video looks so darned good: one of the co-directors worked on the cinematography for Terrence Malick's Tree of Life.