Accessibility links
Wayne Shorter And The Year's Other Passing Scenery : Best Music Of 2013 In a year where pop culture looked back at the 1960s, it makes sense that jazz critics lauded the 80-year-old Shorter, who made his first recording in 1959. His latest album displays him as enigmatic as ever — and as committed to finding new sounds.

Wayne Shorter And The Year's Other Passing Scenery

Wayne Shorter And The Year's Other Passing Scenery 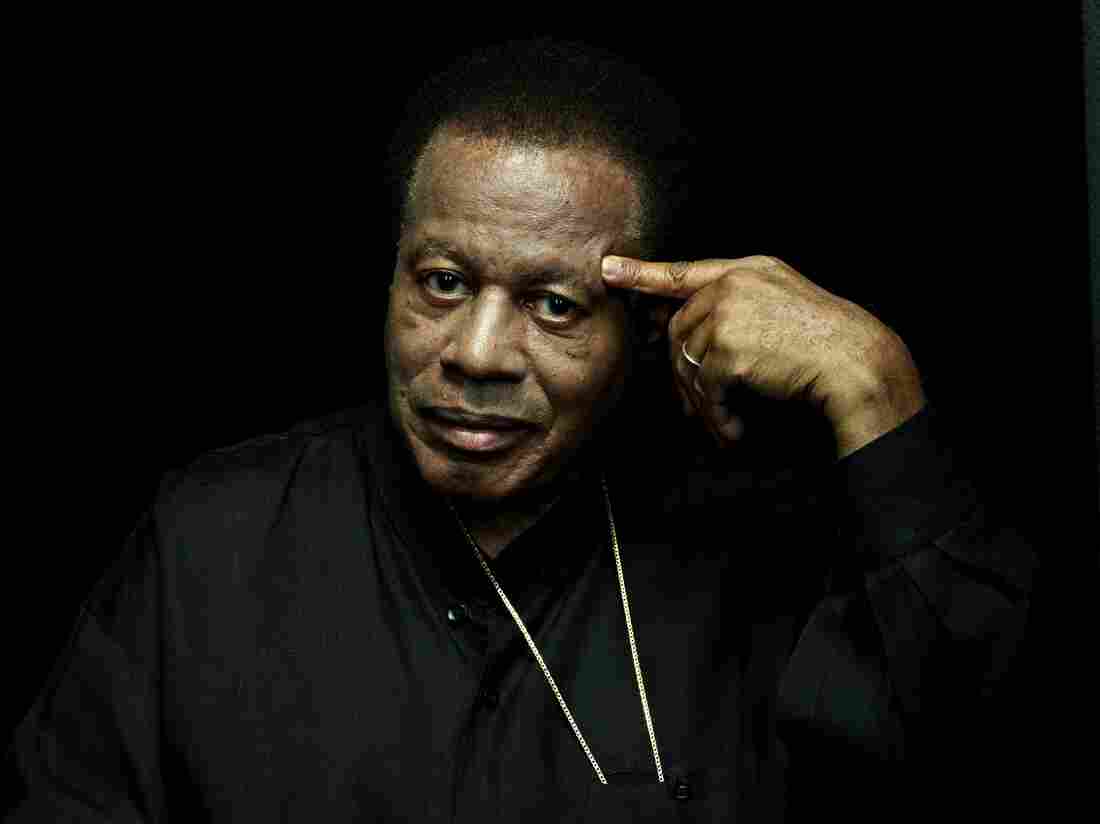 Wayne Shorter, who turned 80 in 2013, won the NPR Music Jazz Critics Poll by a large margin. Robert Ashcroft/Courtesy of the artist hide caption 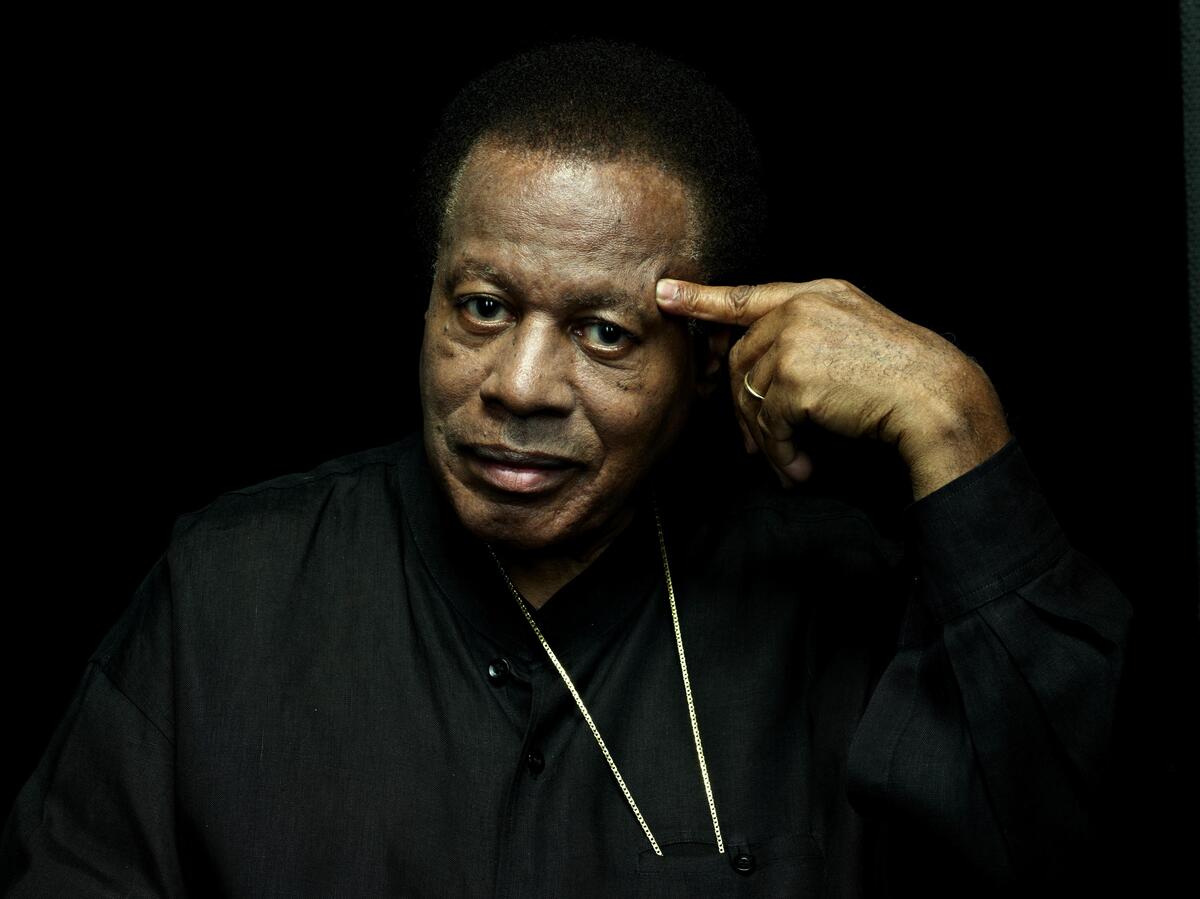 Wayne Shorter, who turned 80 in 2013, won the NPR Music Jazz Critics Poll by a large margin.

Robert Ashcroft/Courtesy of the artist

It says a lot about his enduring hold on jazz listeners that over a half century into his career, the descriptive phrases most commonly put in front of Wayne Shorter's name — along with "the great saxophonist and composer" — remain "the elusive" and "the enigmatic." The inside tray card to Shorter's Without a Net, the runaway Best Album winner in this year's NPR Music Jazz Critics Poll, pictures him from the back, in spotlighted silhouette. It's reminiscent of the cover of 2002's Footprints Live!, where only half of his face was visible in the mirror of a navigator's compass. Both poses are evocative of his solos, his tunes and his persona, all of which routinely invite us to fill in the blanks.

Shorter made his recording debut in 1959, during the last years of the Eisenhower administration. It was when America's sense of being "post-war" ended, and a sense of living in postmodern times began. It was also a time of change in jazz, which was not only threatened with irrelevance by pop and soul, but also facing attack from its own embittered avant-garde. Acting as mediators in all this was a cadre of young musicians who recorded for Blue Note Records and passed through the Miles Davis Quintet — most prominently Wayne Shorter.

Though he's never disappeared completely, like Sonny Rollins did twice in the '50s and '60s, Shorter has drifted in and out of focus since 1971, when he left Miles Davis' band to start Weather Report. The upshot is that each album he releases that even hints at his full stature — there have been surprisingly few over the last 35 or 40 years — is embraced as a comeback. Without a Net marks Shorter's return to Blue Note, the label for which he recorded his most influential small-group work of the 1960s. Its victory this year was as inevitable as Footsteps Live! would have been in 2002 or Alegria a year later.

Shorter included, this was a year of statistical oddities in my annual critics poll, now affiliated with NPR Music — following five years at The Village Voice and the last two at Rhapsody — and by this point the oldest-established permanent floating crap game in jazz.

In the end, though, it all added up to Wayne Shorter. Informed taste in jazz (which is all a poll such as this can hope to measure) and the direction in which the music looks to be heading at any given time inevitably mirror larger cultural drifts, however obliquely. Where Without a Net fits into the current zeitgeist and the year's other passing scenery is something for the ages to ponder.

But its victory somehow makes sense in the same year as the 50th anniversary of JFK's assassination and MLK's March on Washington, to say nothing of the Beatles live at the BBC and the disaffected '60s folkies strumming their way through both the movie Inside Llewyn Davis and Jonathan Lethem's Dissident Gardens. Sixties nostalgia? Very little of it, I think. The events and the music of the early 1960s are now among the formative memories of people not even close to being alive then.

Shorter's poll victory was so decisive I feel obligated to explain why Without a Net wasn't on my ballot (which is below). Though bowing to no one in my admiration for Shorter, I find a number of his solos on Without a Net sketchy or strained. I also think that "Pegasus," the lengthy piece involving a woodwind ensemble, needed more time on the drawing board, and hope that Shorter eventually revamps it and tries recording it again, preferably in the studio. And let's face it, if this weren't Wayne Shorter, whose musicianship is above cavil, many might be questioning his intonation in the upper register of his soprano saxophone.

But I don't for a second think this last failing is attributable to decline caused by Shorter's advanced age. To the contrary, I take it as ironic proof that Shorter is still daring himself and us, practically alone among the now-totemic Blue Note artists who emerged during the early '60s. The last of those New Frontiersmen is, to paraphrase a certain early '60s president, still choosing to go to the moon and do the other things, not because they are easy but because they are hard.

That said, I much prefer Endangered Species: The Music of Wayne Shorter (Motéma), a retrospective of Shorter tunes arranged by trumpeter David Weiss and played by his big band live at a New York club. It didn't make my Top 10, either, though it came awfully close.

The poll's Top 10 and mine share three entries in common. I don't know whether to say my colleagues went three-for-ten or I did. Either way, batting .300 is more than acceptable in anybody's league.

Along with the Revis, Shipp, Avey and Weiss CDs already cited above, my honorable mentions are:

The rest of my ballot:

This year's poll drew 137 voters, an all-time high. They listed over 700 different albums on their ballots, which you can see here.