Accessibility links
2013: The Year In Tiny Desk Concerts : Best Music Of 2013 A look back at the year's performances in the NPR Music offices, from OK Go to a well-placed gorilla suit. Highlights include John Legend, The National, a 17-piece chamber-rock band, an operatic tenor and more. 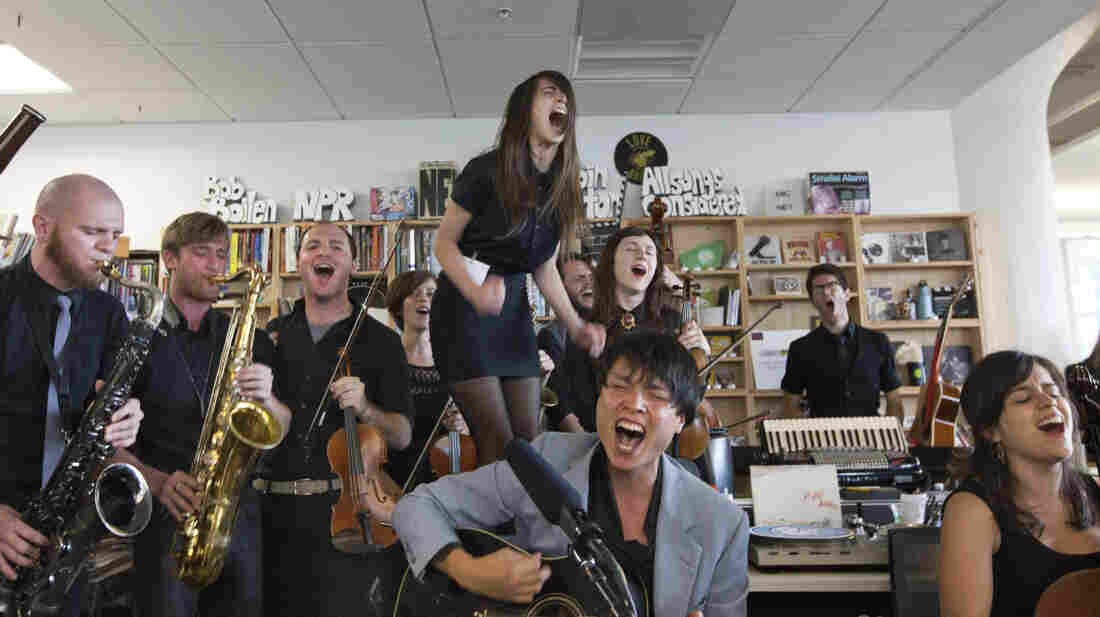 For weeks now, we've been compiling lists of 2013's best music — favorite albums, favorite songs, individual staff members' personal Top 10 lists and so on. Applying a rank to the year's best can be a stress-inducing, conflict-intensive process behind the scenes, but we wouldn't dare attempt such a maneuver when the topic is NPR Music's Tiny Desk Concerts series. We published 67 of the things in 2013, and if there's one idea the staff can agree on publicly, it's that all of our Tiny Desk shows are bunched together in a 67-way tie for No. 1. (What, you want us to rank our respective children, too?)

Still, we had no shortage of highlights at the Tiny Desk in 2013, a year in which we hosted many different musicians from many different genres in many (okay, two) different buildings. We've already got an impressive bundle of performances in the queue for 2014, so here's to many more.