Accessibility links
Biden Says Trump's Refusal To Concede Won't Impede Transition : Biden Transition Updates "We're going to do exactly what we'd be doing if [President Trump] had conceded and said we've won, which we have," the president-elect said. 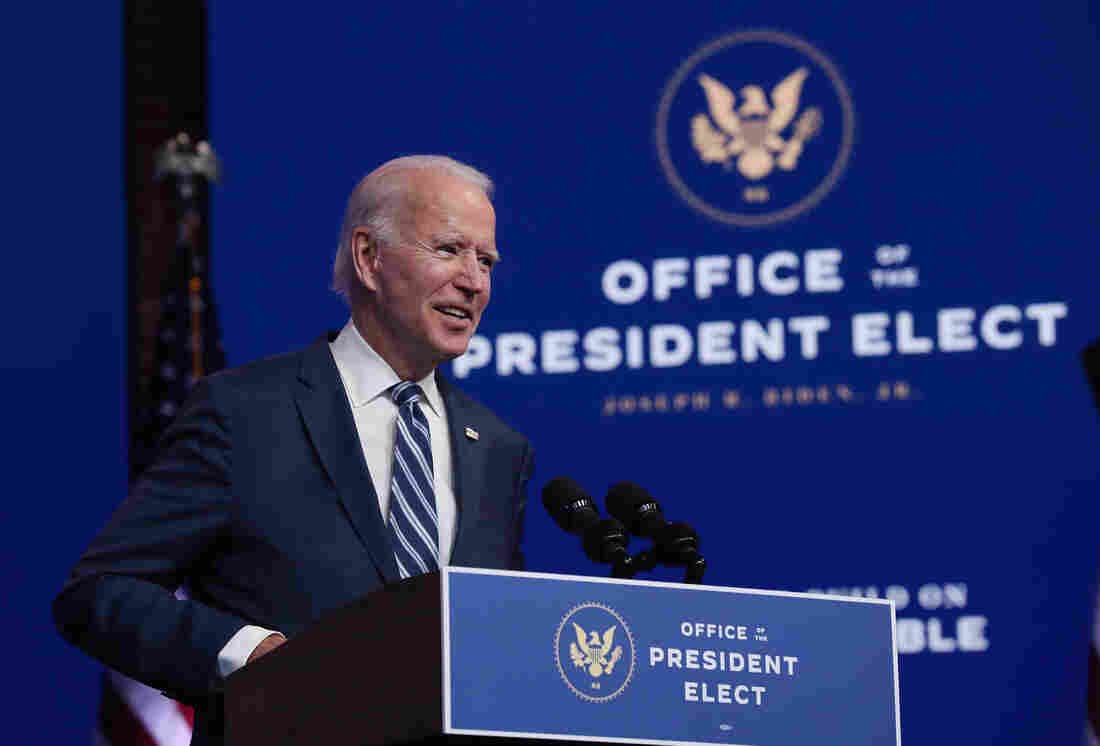 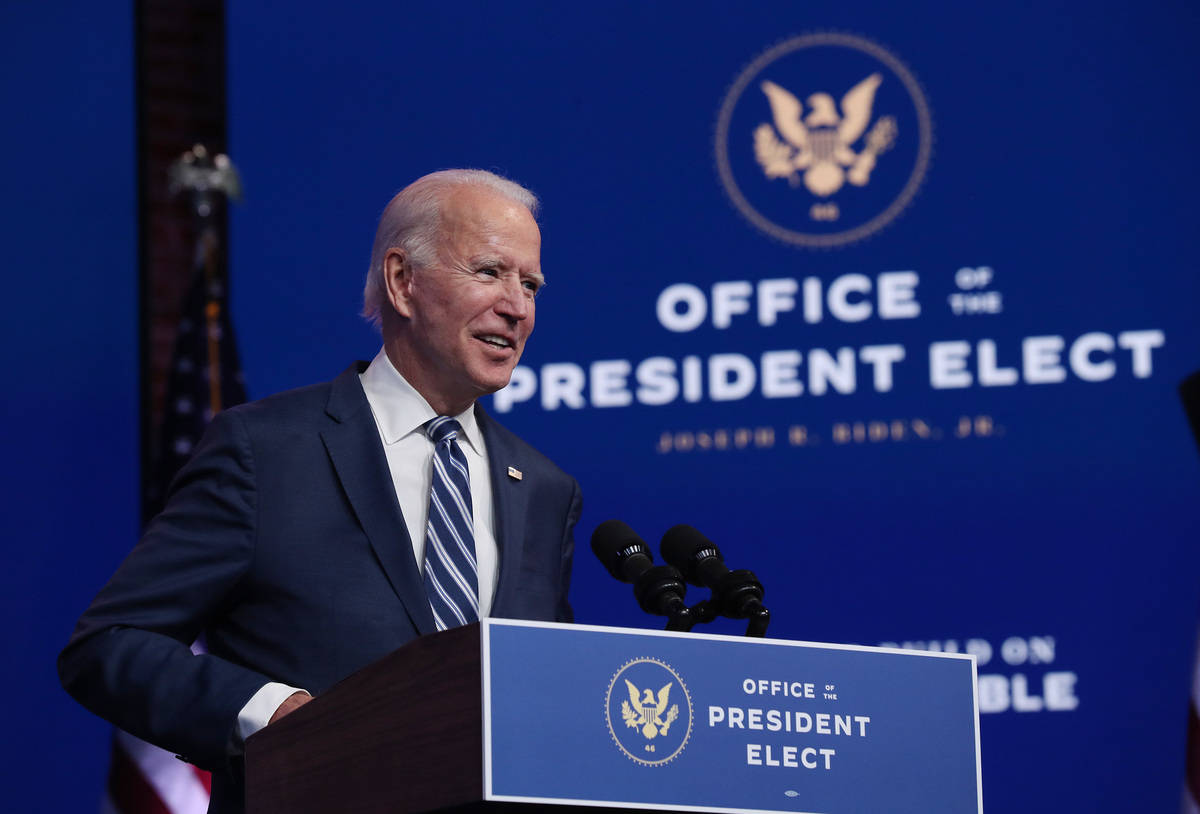 President-elect Joe Biden on Tuesday called President Trump's refusal to concede the election "an embarrassment" but said it hasn't yet been a hindrance to his team moving forward with the transition process.

"We're well underway," Biden told reporters following remarks in Wilmington, Del. "The ability for the administration in any way by failure to recognize our win does not change the dynamic at all of what we're able to do."

Trump has rejected Biden's Electoral College victory, which news organizations called Saturday after the Democrat won the critical state of Pennsylvania. The president's team has tried to challenge the election results with lawsuits, but most have failed.

Biden, who has urged Americans to "lower the temperature" on political discourse, spoke softly Tuesday, repeatedly telling reporters the actions of the current White House occupant aren't slowing him down.

"We're going to do exactly what we'd be doing if [Trump] had conceded and said we've won, which we have," Biden said.

But Biden cannot move into any government office space or receive government funding for the transition, because the General Services Administration hasn't formally determined that Biden won the election.

Still, Biden on Monday named experts to his transition COVID-19 advisory board, and right after Tuesday's news conference, the campaign announced dozens of people who will begin evaluating operations of various federal agencies. Biden also suggested he would make a couple of Cabinet announcements before Thanksgiving.

Trump is the first president in the modern TV era not to make a concession speech or call his opponent after the election is called.

Asked what he would say to Trump, Biden looked directly into the camera and said, "Mr. President, I look forward to speaking with you."

Biden began by delivering remarks about the Affordable Care Act, which is once again before the Supreme Court.

He upbraided the Trump administration, which is backing the case, for its attempt to invalidate the ACA, calling it "simply cruel."

"This argument will determine whether health care coverage of more than 20 million Americans who acquired it under the Affordable Care Act will be ripped away in the middle of the nation's worst pandemic," Biden said.

Vice President-elect Kamala Harris also spoke, calling the case before the court "a blatant attempt to overturn the will of the people," and noting she and Biden campaigned on protecting the ACA and won the presidential election with the most votes in the history of the United States.

On Tuesday, two of the Supreme Court's conservative justices — John Roberts and Brett Kavanaugh — appeared to suggest they will vote to preserve the bulk of the ACA, even if the so-called individual mandate is found to be unconstitutional.

Tuesday marked the third time the landmark health care law has been before the high court.