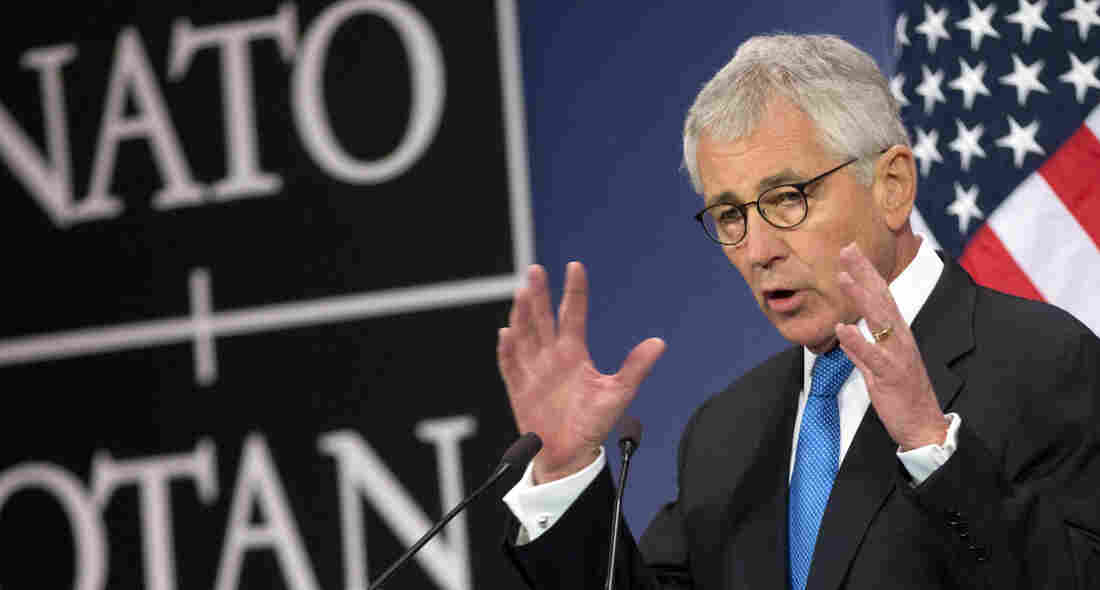 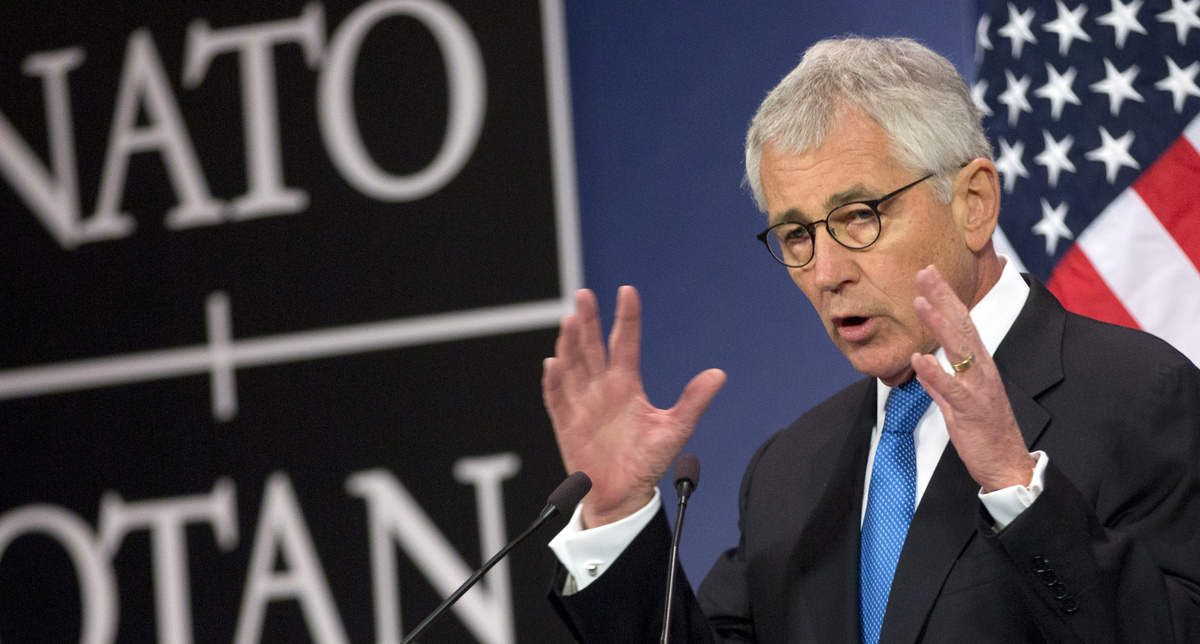 Chuck Hagel, then U.S. defense secretary, speaks during a media conference at NATO headquarters in Brussels in 2015.

One week ago, President Trump fired his defense secretary, Mark Esper, and quickly installed Christopher Miller, a relatively low-profile counterterrorism official, in the role on an acting basis. Trump then shifted key loyalists into other senior Department of Defense jobs.

All of these moves are happening as a transition on national security issues to President-elect Joe Biden that should be underway is stalled.

"It's not good news ... and I think everybody knows that," said Chuck Hagel, a Republican who was defense secretary from 2013 to 2015 under President Barack Obama.

Hagel said the country's current circumstances – a pandemic, a struggling economy, a divided country and government paralysis – mean the new administration needs a smooth transition more than ever.

"They need access to all of our government. And they need it because it's in the interest of their planning, of their valuations, of their judgments on what's going on, what are the threats," he told NPR's All Things Considered. "And so, when you take out senior members of one of the most important Cabinet agencies in government, that's a problem, because it hits decision-making processes. ... It's a whole of government issue. Our national security is not just about the Defense Department, but Homeland Security, our intelligence agencies, the State Department."

Hagel reiterated that the day-to-day work of the military won't be disrupted during the transition. And he said he has high confidence in senior military commanders, such as Army Gen. Mark Milley, chairman of the Joint Chiefs of Staff.

But he noted that ultimate control of the U.S. armed forces resides with civilians — starting with the president as commander in chief.

As a result, Hagel said, the military "could very well be put in a very tough situation and some pretty delicate spots here in the next 60 days. For example, if they're given an order to attack an Iranian ship in the Persian Gulf ... that would be a problem."

Before he was defense secretary, Hagel was a U.S. senator from Nebraska for 12 years. He said he has talked to some former colleagues — Republican senators who, like the president, have not acknowledged Biden as president-elect. The Associated Press and other news organizations called the race for Biden more than a week ago after it became clear Trump no longer had a path to victory.

"I remind them that their responsibility is a higher responsibility to this country than loyalty to a party or a president," he said. "Some say, 'We know, but we want to give the president a little time.' "

Hagel noted that one current senator from Nebraska, Republican Ben Sasse, is among those who have congratulated Biden. But Hagel said he thinks he knows why others have hesitated: the fact that Trump received more than 70 million votes.

"There's a base out there that's going to probably remain. Those are constituencies of these senators and congressmen. I get that," Hagel said.