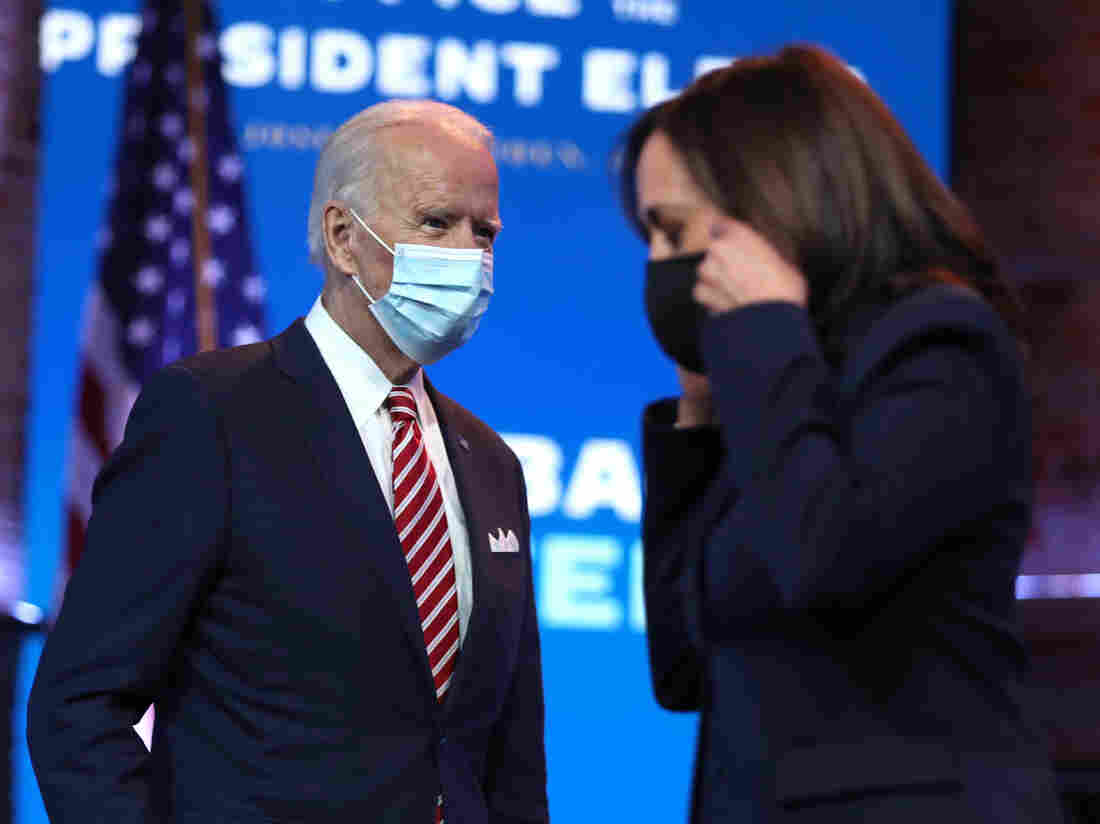 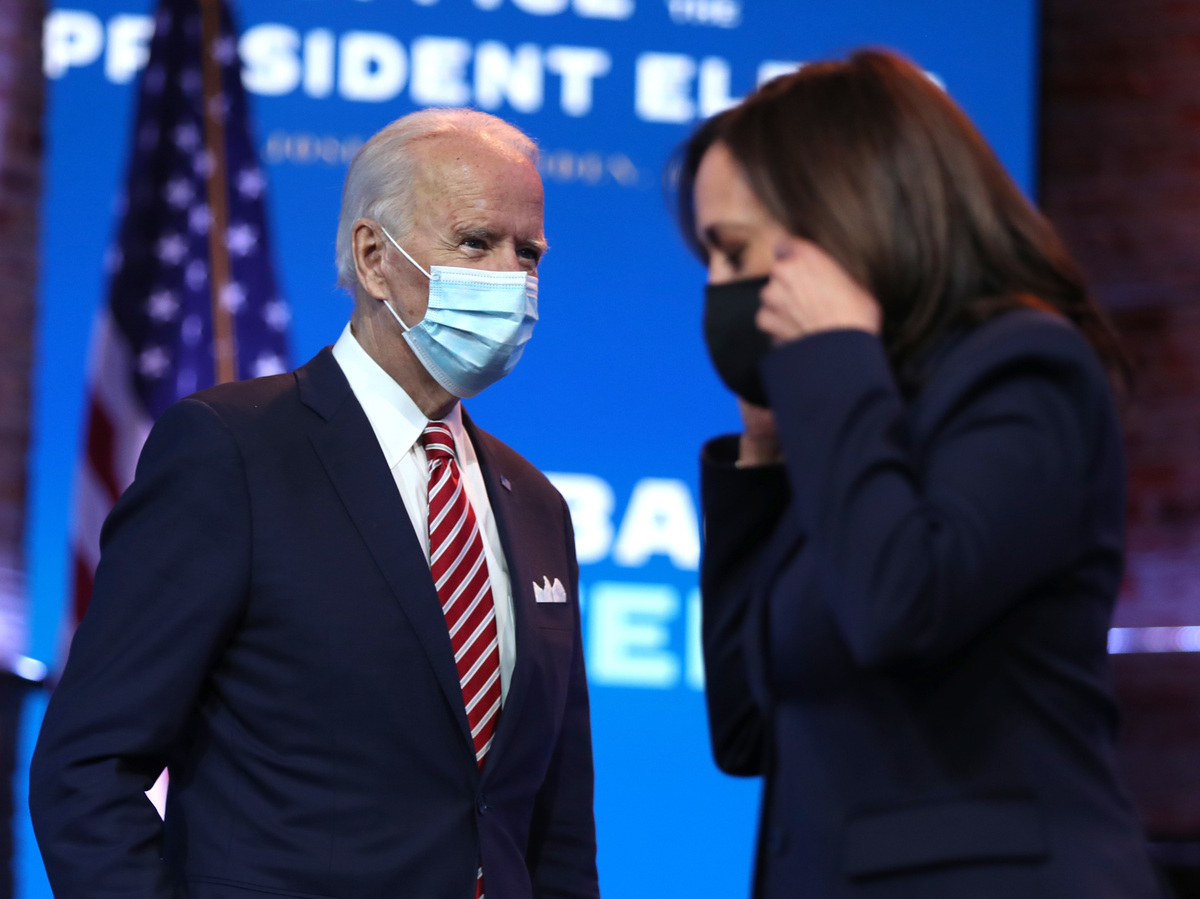 President-elect Joe Biden walks by Vice President-elect Kamala Harris before delivering remarks on his plan for economic recovery under his incoming administration.

President-elect Joe Biden on Monday outlined his plan for rehabilitating the U.S. economy, emphasizing the importance of getting control of the coronavirus pandemic.

As Biden spoke, the shadow of President Trump's refusal to concede was apparent, with the president-elect making clear that he was being kept from information that would be vital to taking over the presidency early next year.

"More people may die if we don't coordinate," Biden said on plans for vaccine distribution.

The comments are his most stark to date about the impact that a delayed transition could have on his ability to hit the ground running after he takes office.

"They say they have this Warp Speed program," he continued, referring to the Trump administration's vaccine development and delivery program, Operation Warp Speed. "If we have to wait until Jan. 20 to start that planning, it puts us behind."

The president-elect did say, as he has been, that his transition is moving along in many other ways as he meets with different groups — like corporate and union leaders he brought together via Zoom on Monday — and works to fill key administration positions.

"I find this more embarrassing for the country than debilitating for my ability to get started," Biden said of Trump.

Final votes were cast in the general election nearly two weeks ago. Trump has repeatedly refused to concede in the race, baselessly citing disproven accusations of widespread voter fraud.

"We're going into a very dark winter. Things are going to get much tougher before they get easier," Biden said.

"That requires sparing no effort to fight COVID. So that we can open our businesses safely, resume our lives and put this pandemic behind us. It's going to be difficult, but it can be done," he continued, criticizing Trump for withholding valuable health information that he said would better inform the incoming administration on how to combat the pandemic. The virus has so far killed more than 240,000 Americans.

"There's so much we can do. The only way we do any of this is if we work together. I know we can do this."

"Under President Trump's leadership, we're ensuring every state has what they need to deliver a vaccine to every American!" Pence tweeted after biotechnology company Moderna announced positive steps toward developing a coronavirus vaccine.

.@WhiteHouse Coronavirus Task Force had a 2+ hour call with Governors to review vaccine distribution plans after 2 HUGE announcements from Moderna & Pfizer. Under President Trump's leadership, we're ensuring every state has what they need to deliver a vaccine to every American! pic.twitter.com/7FqrktulM3