Accessibility links
Sen. Rubio Joins Small Group Of GOP Senators Calling Biden 'President-Elect' : Biden Transition Updates Only four other GOP senators have publicly called Democrat Joe Biden "president-elect" since the race was called for him over a week ago. 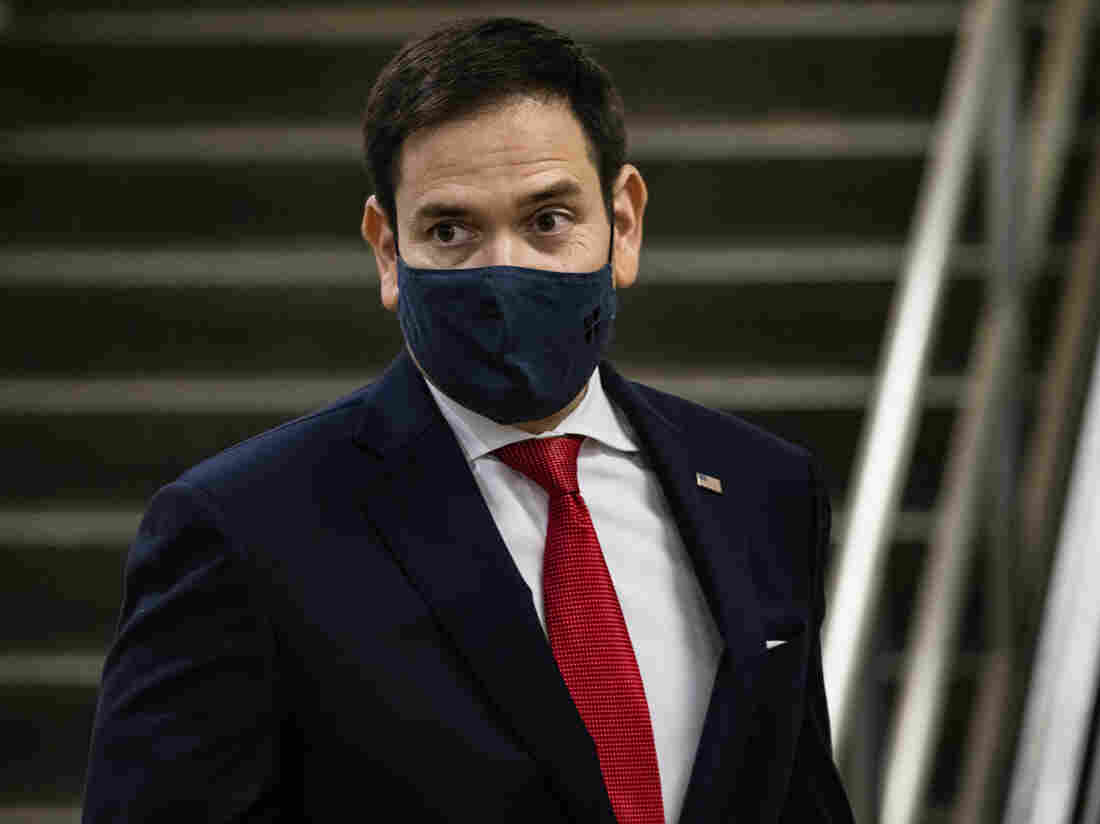 Sen. Marco Rubio, R-Fla., told reporters that the selection of the next director of national intelligence would be up to the "president-elect." Samuel Corum/Getty Images hide caption 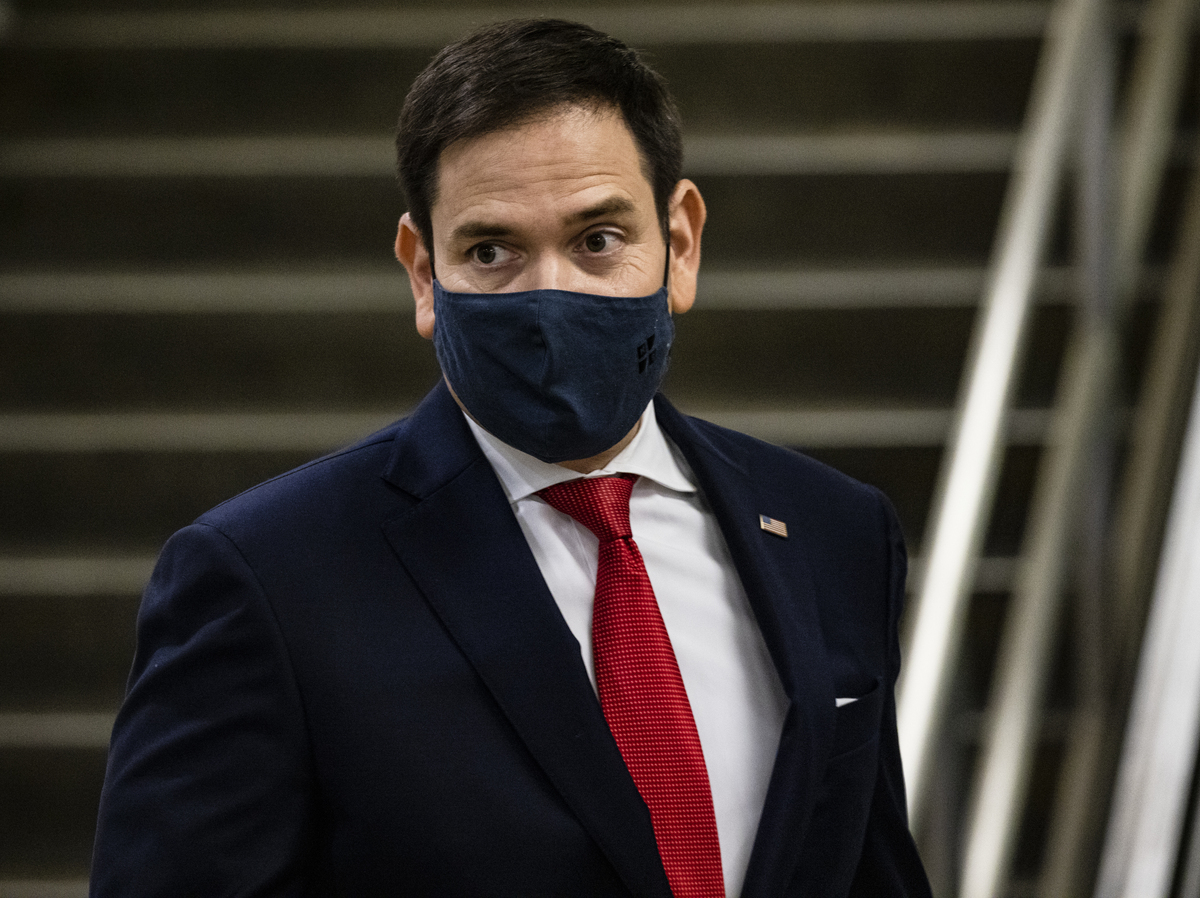 Sen. Marco Rubio, R-Fla., told reporters that the selection of the next director of national intelligence would be up to the "president-elect."

Florida Republican Sen. Marco Rubio on Monday evening joined a small group of GOP senators who have referred to Joe Biden as president-elect after the presidential race was called for him more than a week ago.

Rubio joins a club of only four other Republican senators who have acknowledged Biden's win. They are Sens. Mitt Romney of Utah, Lisa Murkowski of Alaska, Susan Collins of Maine and Ben Sasse of Nebraska, who have all also congratulated Biden for clinching the White House.

Rubio made the reference when he was asked by Capitol Hill pool reporters what he made of reports that his colleague, independent Maine Sen. Angus King, could be considered as a candidate to be the next director of national intelligence under a Biden presidency.

"Well, that'll be the president-elect's decision obviously," Rubio told reporters Monday, adding that he's worked well with King in the past.

Most Republican senators have prefaced any references to Biden as the next president as pending the outcome to President Trump's legal challenges to the election. The Trump campaign filed lawsuits in several states, baselessly alleging widespread voter fraud. Most of them have failed.

Texas Sen. John Cornyn has said Biden will likely prevail in those court cases, but stopped short from calling him "president-elect."

"I have every confidence that come January the 20th, we're going to inaugurate a new president. And I think it will probably be Joe Biden," Cornyn told reporters late Monday.

Rubio, when asked about his reference to Biden as the president-elect, said it's based on the election's outcome.

"Ultimately that's what the results, the preliminary results, seem to indicate. You certainly have to anticipate if that's the highest likelihood at this point," Rubio said. "But obviously the president has legal claims in court and he'll continue to pursue those, and if that changes, obviously, it'll be something we'll have to deal with."