Accessibility links
Michigan Lawmakers Meet With Trump Amid Efforts To Overturn Election : Biden Transition Updates Michigan, among the states where the Trump campaign has falsely alleged fraud, is scheduled to certify its results on Monday. GOP Sen. Mitt Romney and others have criticized the planned meeting. 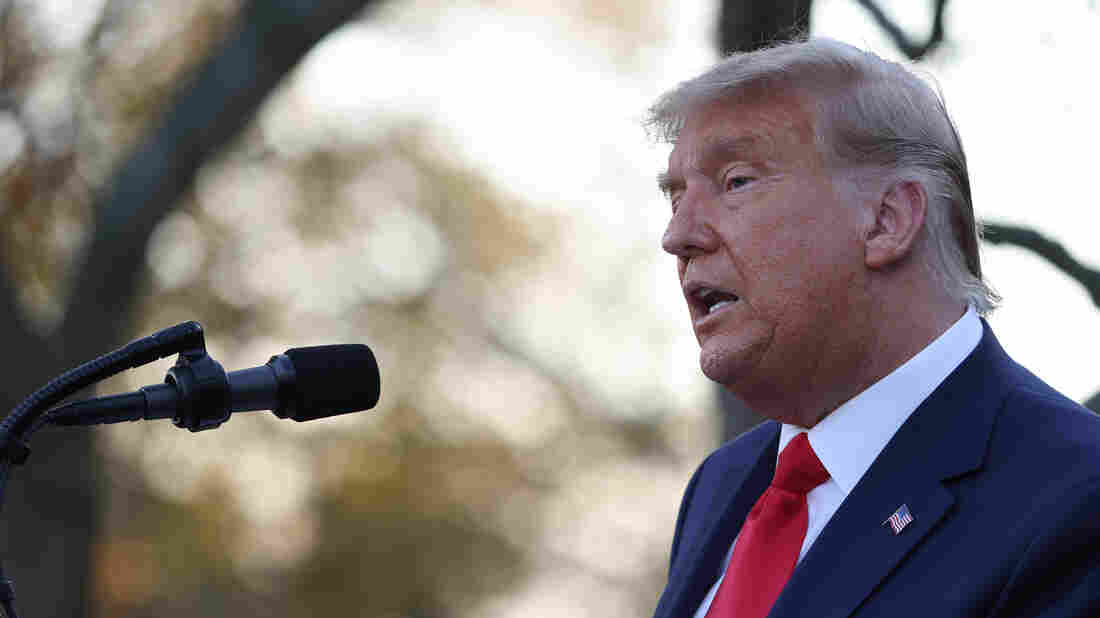 President Trump, here in the White House Rose Garden on Nov. 13, met with Republican lawmakers from Michigan on Friday as the state prepares to certify its election results. Tasos Katopodis/Getty Images hide caption 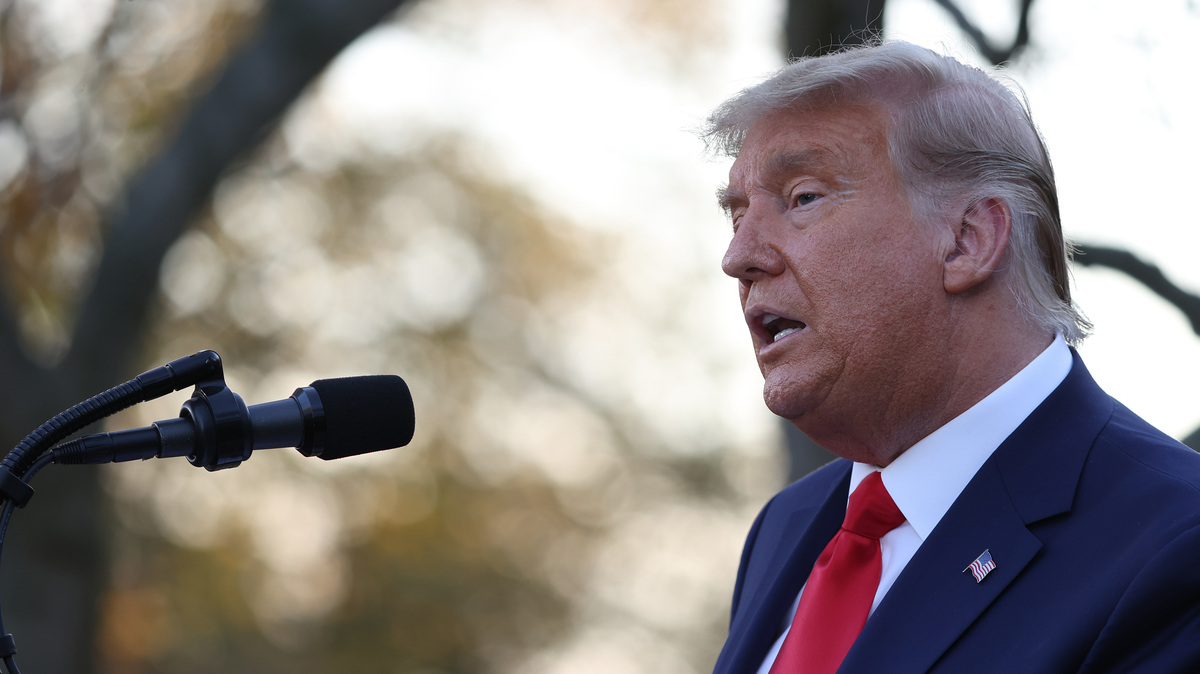 President Trump, here in the White House Rose Garden on Nov. 13, met with Republican lawmakers from Michigan on Friday as the state prepares to certify its election results.

Several Republican lawmakers from Michigan met Friday with President Trump as he continues his unprecedented efforts to overturn the results of the Nov. 3 election.

Trump sat down with the leaders of the state House and Senate and three other Michigan state senators ahead of the Michigan's canvassing board meeting on Monday, when the election results are expected to be certified.

President-elect Joe Biden won the state and maintains a lead of more than 155,000 votes, but Trump has baselessly charged the results are fraudulent there and in several other states he lost.

At a White House press briefing Friday ahead of the meeting, press secretary Kayleigh McEnany denied Trump would be pressuring the Michigan lawmakers. "This is not an advocacy meeting," she said, adding, "There will be no one from the campaign there. He routinely meets with lawmakers from all across the country."

There are two Republicans and two Democrats on the Michigan canvassing board. If they deadlock, Trump apparently hopes the GOP-controlled Legislature will appoint their own electors and overturn the popular vote, a scenario election experts said is unlikely and possibly illegal.

Sidney Powell, a member of Trump's legal team, told Lou Dobbs of Fox Business on Thursday, "The entire election frankly in all the swing states should be overturned, and the legislatures should make sure that the electors are selected for Trump."

Biden campaign senior adviser Bob Bauer called Trump's meeting with the lawmakers "an abuse of office. It's an open attempt to intimidate election officials. It's absolutely appalling. ... It's also pathetic. But, having said all that, it will be unsuccessful."

Bauer said of Trump's actions, which have included filing several unsuccessful lawsuits and supporting far-out conspiracy theories, that "the harm is real," but added there is "no chance whatsoever that Donald Trump can be successful."

A handful of Republican senators have called on Trump to move on.

"Having failed to make even a plausible case of widespread fraud or conspiracy before any court of law, the President has now resorted to overt pressure on state and local officials to subvert the will of the people and overturn the election. It is difficult to imagine a worse, more undemocratic action by a sitting American President," he said.

Sen. Lamar Alexander, R-Tenn., issued a statement calling on the Trump administration to allow the formal transition process to get underway but stopped short of acknowledging that Biden won.

"If there is any chance whatsoever that Joe Biden will be the next president, and it looks like he has a very good chance, the Trump Administration should provide the Biden team with all transition materials, resources, and meetings necessary to ensure a smooth transition so that both sides are ready on day one. That especially should be true, for example, on vaccine distribution," Alexander said.

He added, "Recounting votes and resolving disputes after a close election is not unprecedented and should reassure Americans that election results are valid."

Asked when Trump would concede the election, McEnany said in Friday's briefing that the president would wait for ongoing litigation to play out. McEnany said the White House had not spoken with the General Services Administration about the "ascertainment" decision needed to allow the transition to go ahead, and she said the GSA would make its determination "at the right moment."

Sue Gordon, formerly the second-highest ranking official at the Office of the Director of National Intelligence in the Trump administration, told NPR's Morning Edition that if she were briefing the president as if this situation were going on in a foreign country, "if it were a purported democracy, I think we would say the democracy is teetering on the edge. If I were briefing the president on this, at this moment in time and this White House were doing what this is doing and I happened to be in the Oval [Office], I would say stop it."

Gordon said that "to openly suggest that our election process is illegitimate weakens our stature, opens us up to people using that against us and lessens our moral authority to be the leader of the world that we have been for so many years, and [is] so important to the stability of free and open societies."