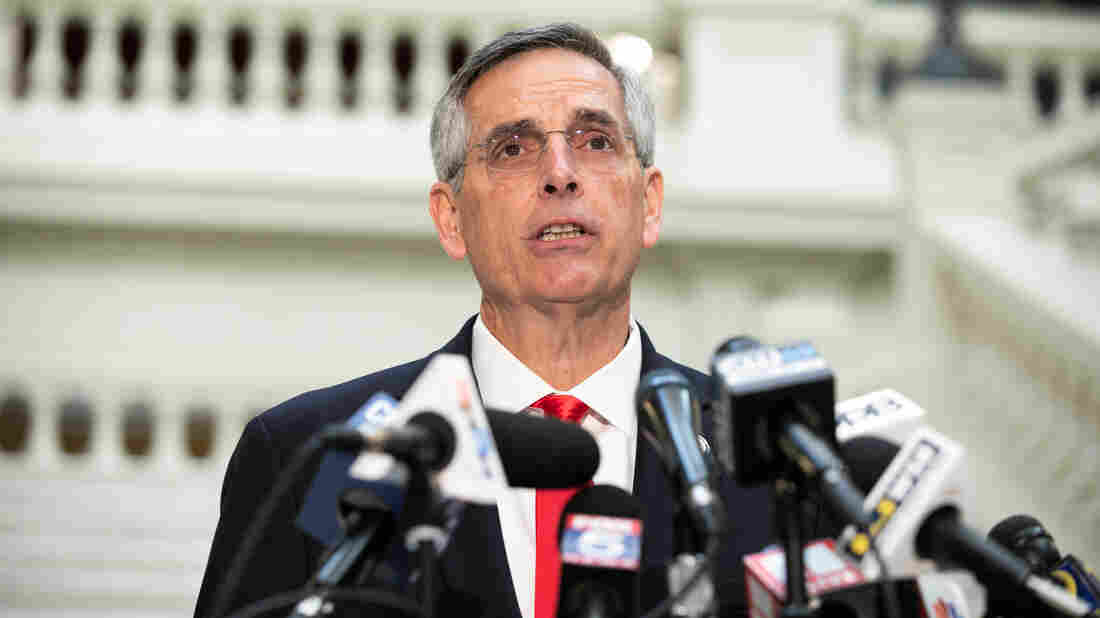 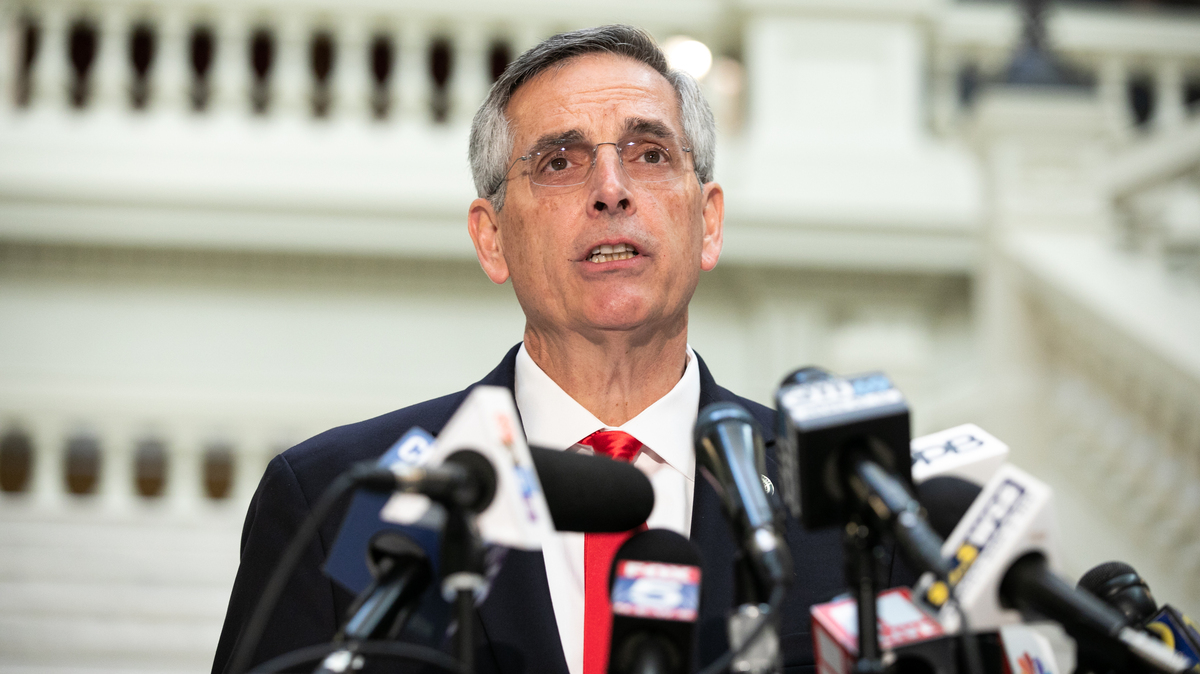 Georgia Secretary of State Brad Raffensperger holds a press conference earlier this month. Despite pressure from some fellow Republicans, Raffensperger has certified President-elect Joe Biden's victory in the state.

President-elect Joe Biden was officially certified the winner of Georgia's 16 electoral votes Friday after a statewide recount ended this week.

Hours before the deadline, a weary secretary of state, Brad Raffensperger, delivered a short but emphatic speech that "numbers don't lie" about Biden's victory.

Earlier in the day, Raffensperger's office had reported that the certification process was complete, only to send out a corrected statement hours later saying it would be finished on Friday.

In an evening press conference, Gov. Brian Kemp said he will formalize the certification as the law dictates, while he also criticized the state's election process. Kemp said the vast majority of local election workers did their job well but that it was "unacceptable" additional ballots were found in the hand audit. He called for "full transparency" in the state's elections. Raffensperger has emphasized there was no evidence of fraud and that the discrepancies found during the hand audit were well within the expected margin of human error.

Kemp had stayed largely silent as Raffensperger, also a Republican, faced calls to resign, death threats and pressure from prominent members of the GOP over the 2 1/2 weeks of post-election counting. While Raffensperger is a supporter of President Trump who wished the incumbent would have won, the secretary of state said it is not his job to alter the outcome.

"Working as an engineer throughout my life, I live by the motto that numbers don't lie," he said. "As secretary of state, I believe that the numbers that we have presented today are correct. The numbers reflect the verdict of the people, not a decision by the secretary of state's office or of courts or of either campaign."

As his staff put the finishing touches on certification documents, Raffensperger pledged to build voters' trust in the voting system that many top Republicans attacked, without evidence, for not being fair or accurate.

"Close elections sow distrust; people feel their side was cheated," he said. "We saw this from the Democrats in 2018. We see this from Republicans today."

To that end, Raffensperger said he wants to focus on three reforms to how voting works in Georgia.

The day-to-day operations of elections happen at the county level, and sometimes those counties fall short, he said. Raffensperger said he wants the ability for his office to intervene in the way those local offices are run.

"I think we need to have the ability to come in and make sure that we can actually replace boards and replace county election officials," he said in an interview.

Raffensperger also said he wants to reform the absentee ballot process, which saw an explosion of growth because of the COVID-19 pandemic this year. The state expanded access to mail-in voting through an online request portal and 24/7-monitored secure drop boxes. But the chief election official said there needs to be more security around the process and will call for some sort of photo ID component, though he declined to give specifics. The online request portal verifies a request using a Georgia state ID or driver's license number.

"We want to take away any concern that you could have about fraud," he said in an interview. "And we need to do that with an objective measure, not subjective, whenever we can."

The third focus area deals with voter list maintenance. Raffensperger said there needs to be stricter controls on challenging voter registrations of people believed to have died, moved away or otherwise be ineligible to vote.

Georgia is now a part of the Electronic Registration Information Center, or ERIC, that allows states to communicate voter registration information better.

"Did someone leave Georgia and register in Texas or Florida or North Carolina? ... Then why don't we notify those states?" he offered as an example in an interview.

Meanwhile, the Trump campaign has until Tuesday to request a machine recount of all 5 million votes because the president's Georgia vote total is within 0.5% of Biden's.