Accessibility links
Trump Requests Georgia Recount, Meaning 5 Million Votes Will Be Tabulated A 3rd Time : Biden Transition Updates The law calls for a recount to be conducted by retabulating every ballot through a scanner, the same way they were originally counted in the days following the Nov. 3 election. 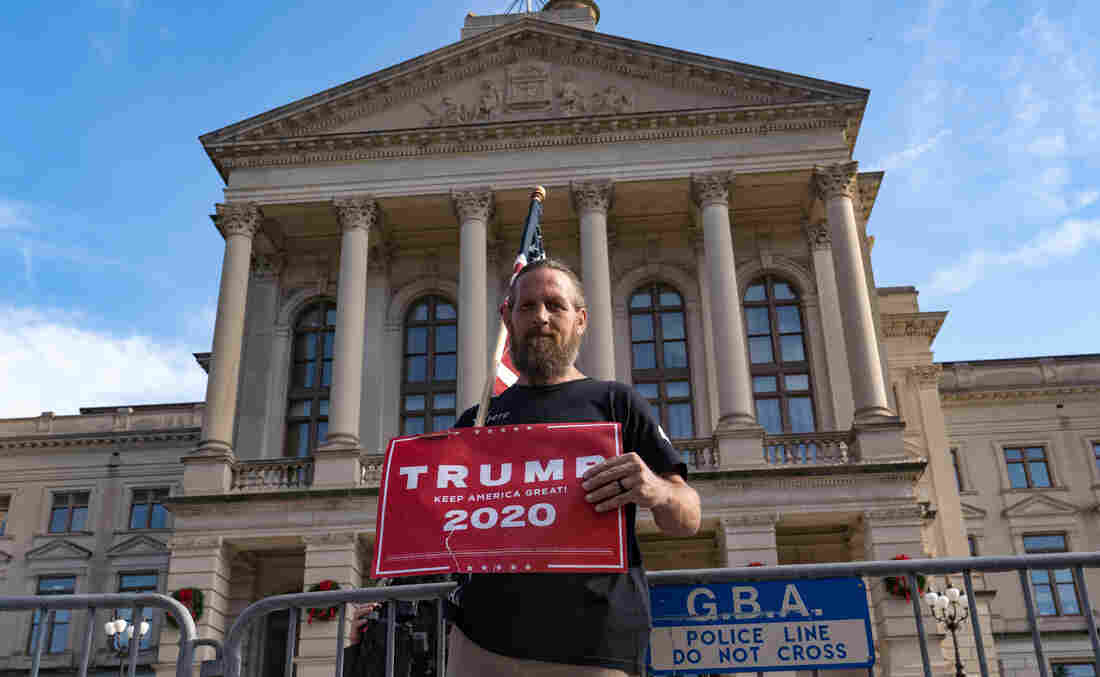 A supporter of President Trump protests outside the Georgia State Capitol on Saturday in Atlanta. The president's campaign has requested a vote recount in the state. Megan Varner/Getty Images hide caption 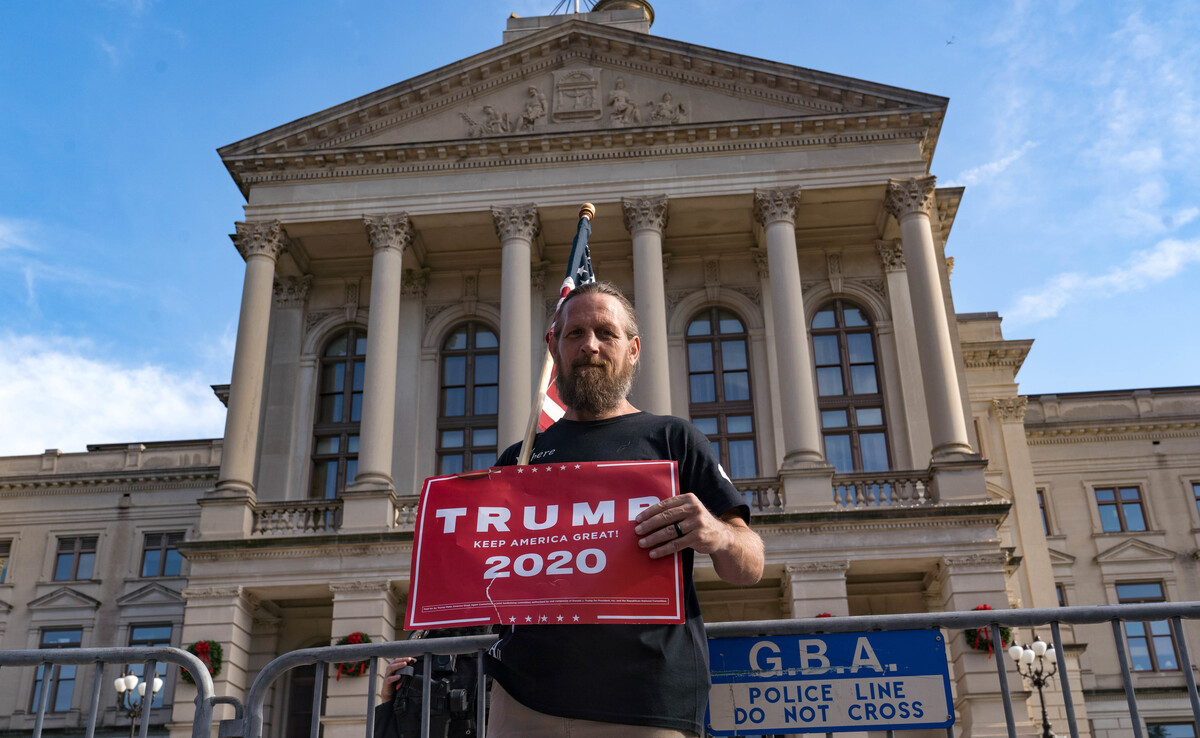 A supporter of President Trump protests outside the Georgia State Capitol on Saturday in Atlanta. The president's campaign has requested a vote recount in the state.

Georgia's nearly 5 million votes in the presidential race will be counted for a third time, as President Trump's campaign has formally asked for a recount because his loss is within the legal margin for that request.

Of the 4,998,482 ballots cast in the race between Trump and President-elect Joe Biden, the president lost by 12,670 votes, or about 0.26 percentage points. State law allows a losing candidate within 0.5 percentage points to ask for a recount within two business days of certification.

While thousands of workers spent most of the last week hand-counting every vote as part of a newly required statewide risk-limiting audit, this recount will be different.

The law calls for a recount to be conducted by retabulating every ballot through a scanner, the same way they were originally counted in the days following the Nov. 3 election.

Trump's campaign and his allies have launched a continuous stream of attacks against the election integrity in states that he lost, including Georgia, where the voting laws and procedures have been enacted and governed by fellow Republicans.

In a statement announcing the recount, the Trump campaign demanded that it include signature matching of absentee ballots, despite repeated explanations from Secretary of State Brad Raffensperger's office that fulfilling such a request is illegal and impossible.

"Let's stop giving the People false results," the Trump campaign said without offering any evidence. "There must be a time when we stop counting illegal ballots."

There is no evidence that illegal ballots have been counted in Georgia.

The president, the chair of the Georgia Republican Party and every member of the state's 2021 Republican U.S. House delegation have contributed to the attacks on Raffensperger, Gov. Brian Kemp and how elections are run in Georgia. Both of Georgia's Republican U.S. senators, Kelly Loeffler and David Perdue, called on Raffensperger to resign last week in an evidence-free letter alleging massive failures. Loeffler and Perdue are both on the ballot for Jan. 5 runoffs that will determine control of the Senate.

Kemp, in a brief statement Friday, said that the law required him to certify results but also suggested Raffensperger conduct a random audit of absentee-ballot signatures, playing into a conspiracy pushed by Trump and other Republicans that widespread absentee-ballot fraud plagued Georgia and other states in which Trump lost.

A spokeswoman with the Biden campaign said the recount should show for a third time that the president-elect won the Peach State's 16 electoral votes.

"As the Secretary of State said, there is no reason to believe there are widespread errors or fraud and the Trump campaign has no evidence to back up their baseless claims," Jaclyn Rothenberg said in a statement. "With regards to signature matching, both parties were aware of the rules set forth months before the election and all signatures have already been matched."

In an interview with GPB News, Raffensperger, the state's top election official, said last week that the November election was one of the smoothest in recent history and that the historic audit conducted in less than a week should give extra confidence in the outcome, even if he personally wished Trump had won.

The recount process is expected to take several days, with officials in Atlanta's Fulton County estimating anywhere from five to nine days of eight-hour shifts, with multiple scanners to get through more than half a million votes.

The machine recount is unlikely to change the results. It is also more accurate than the hand-count audit, which confirmed Biden's victory over Trump and was within 0.10% of the original number of ballots counted.