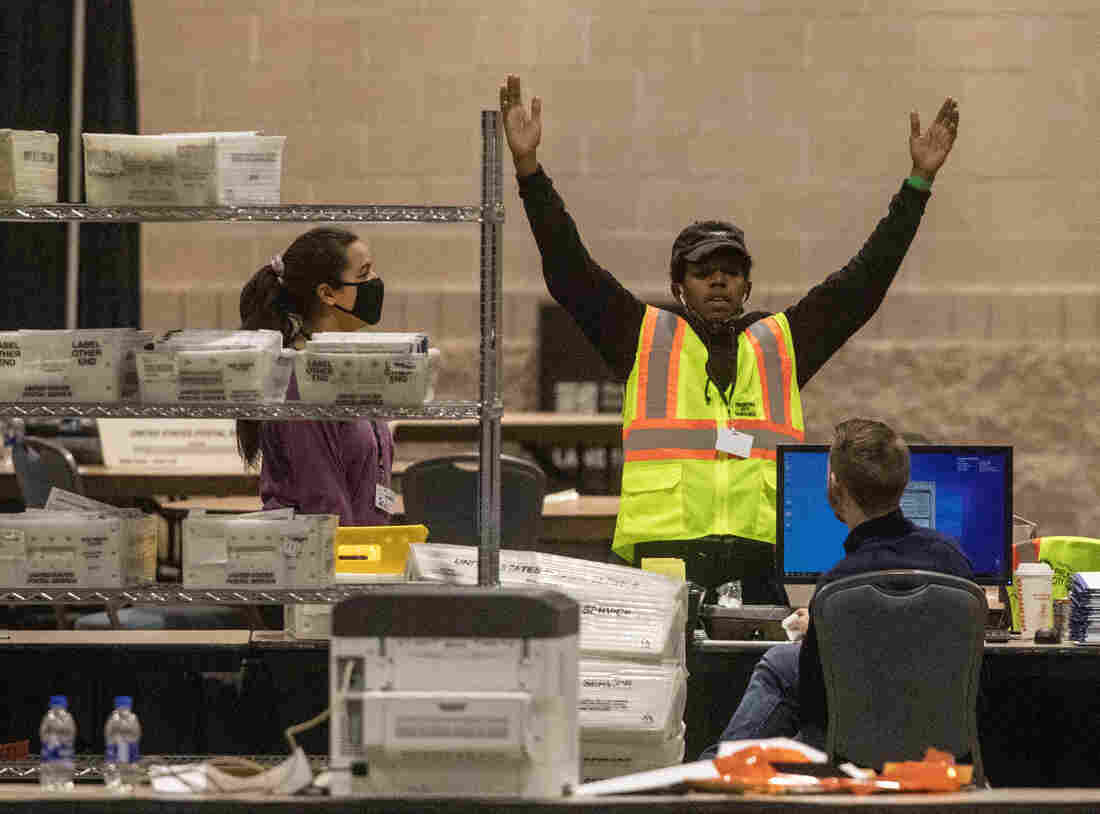 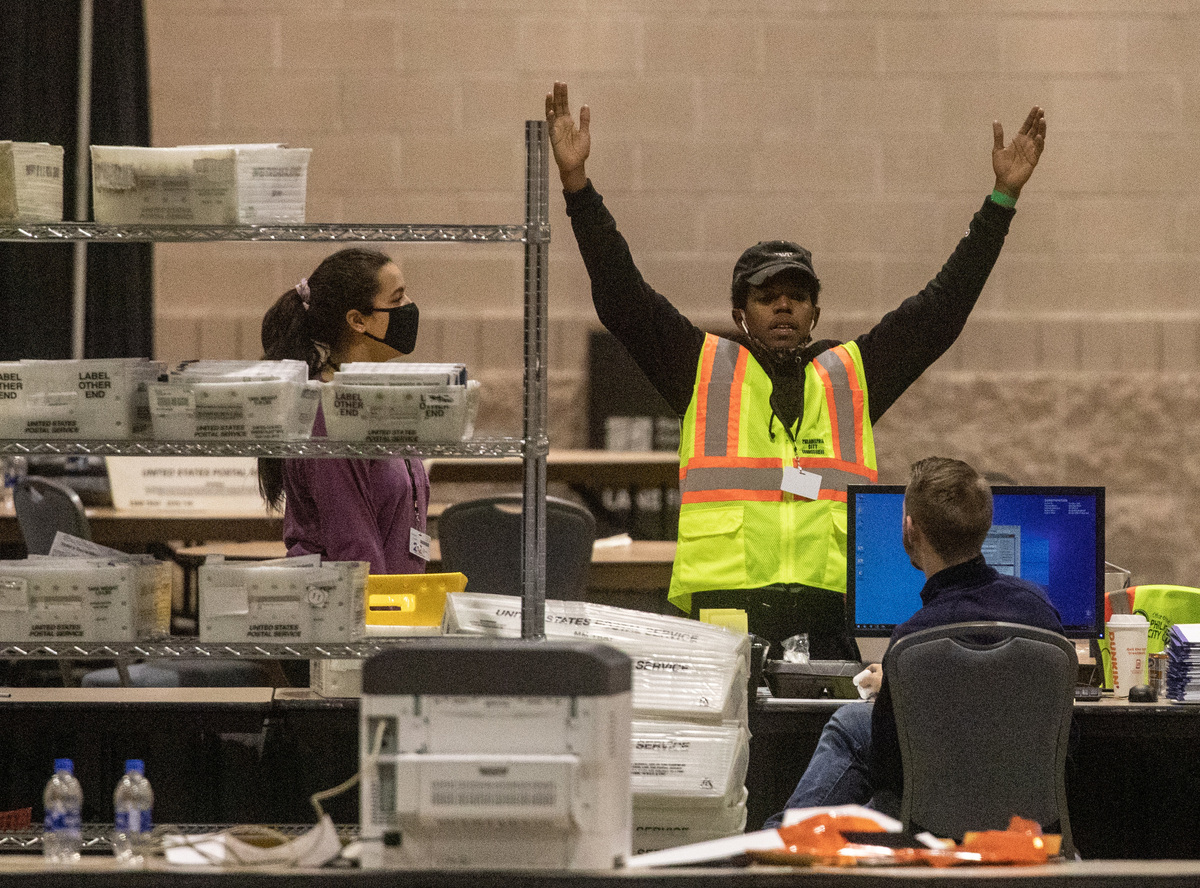 An election worker talks with a colleague during ballot counting Nov. 6 in Philadelphia. Pennsylvania certified its election results on Tuesday.

Pennsylvania and Nevada, two closely watched electoral battles in the 2020 election, have made it official: President-elect Joe Biden will receive their combined 26 electoral votes.

Biden won Pennsylvania, his birthplace, by more than 80,000 votes, and will receive its 20 votes. The commonwealth certified its election results Tuesday, with Gov. Tom Wolf signing off on its electors.

Biden won Nevada by over 33,000 votes. On Tuesday, the Nevada Supreme Court certified its slate of electors and delivered the state's six electoral votes to Biden and Vice President-elect Kamala Harris.

The certifications come a day after the Michigan Board of State Canvassers certified its own election results.

Today @PAStateDept certified the results of the November 3 election in Pennsylvania for president and vice president of the United States.

As required by federal law, I’ve signed the Certificate of Ascertainment for the slate of electors for Joe Biden and Kamala Harris.

Both Pennsylvania and Michigan, which make up part of the so-called blue wall that Biden was able to rebuild this cycle, were the focus of legal attempts by President Trump's campaign to overturn the Democrat's apparent victory.

On Saturday, a federal judge effectively put a nail in the coffin of the Trump campaign's legal efforts by dismissing a lawsuit challenging the results in Pennsylvania; the lawsuit alleged that election officials in Democratic-leaning counties allowed voters to fix errors on their mail-in ballots.

"President Trump has exhausted all plausible legal options to challenge the result of the presidential race in Pennsylvania," Toomey said in a statement.

On Tuesday, Biden senior adviser Bob Bauer said Trump did "everything he could to disenfranchise voters and stop the results from being certified in Pennsylvania."

"Trump did not succeed in Pennsylvania and he will not succeed anywhere else. Trump's lawsuits will continue to fail, as they have in over 30 cases since election day, states will continue to certify their results, and Joe Biden will be sworn in as President on January 20, 2021," Bauer's statement said.