Accessibility links
Biden Prepares To Name Second High-Level Climate Job : Biden Transition Updates Biden says he'll name someone to coordinate domestic climate policies across the government. Together with climate envoy John Kerry, it will give climate a higher profile than in past administrations.

Biden's Next Climate Chief Will Tackle 'Existential Threat' At Home

Biden's Next Climate Chief Will Tackle 'Existential Threat' At Home 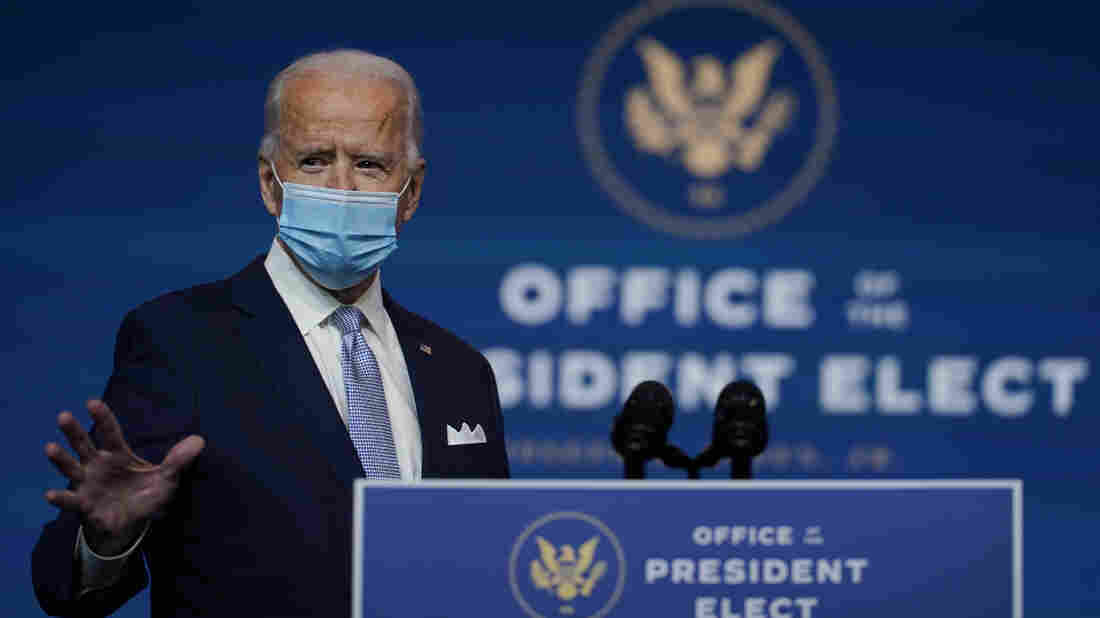 President-elect Joe Biden on Tuesday in Wilmington, Del., where he named John Kerry as a climate envoy. He says he'll also appoint a domestic climate policy coordinator to push for action across the government. Carolyn Kaster/AP hide caption 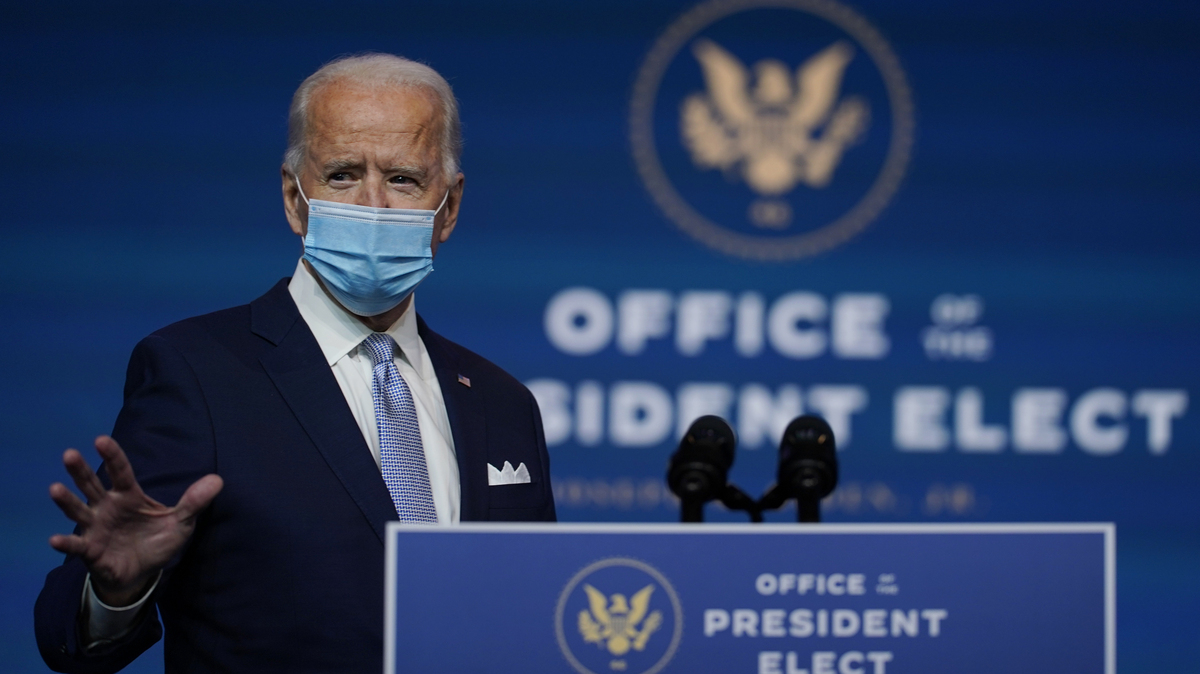 President-elect Joe Biden on Tuesday in Wilmington, Del., where he named John Kerry as a climate envoy. He says he'll also appoint a domestic climate policy coordinator to push for action across the government.

President-elect Joe Biden is preparing to name a second high-level climate position in the White House, a counterpart to his diplomatic climate envoy John Kerry, to ramp up action dramatically at home.

The idea is for the new appointee to lead an office or policy council akin to the Domestic Policy Council, which coordinates work on the president's domestic priorities. But the ultimate structure and authority are currently under discussion as those close to Biden wrestle over whether giving this group greater power than previous White House climate posts could be interpreted as elevating it over other priorities, such as racial equality.

But what is clear, people close to the Biden team say, is that there will be more muscle behind these climate efforts because they're too important to Democrats.

"This is something that's a given," one person with knowledge of the discussion says. "And there are a number of people, a number of Democrats who feel that ... the climate crisis is an existential threat" — both the people who worked on the issue during the Obama administration and the young voters who came out for Biden in the election.

Biden has recognized that climate change is now a major issue for Democratic voters, and popular concern has grown in recent years amid relentlessly record-setting wildfires, hurricanes and extreme heat. The urgency of climate change helped drive young people in particular to turn out for Biden.

The president-elect has vowed to reinvigorate and expand the country's commitment to fighting climate change, including rejoining the Paris climate accord soon after inauguration. But that's only a first step. The Biden administration will have to do much more, on multiple fronts, to restore confidence at home and abroad, climate experts say.

"You have no credibility in the international sphere unless you're doing a lot to get back on track domestically," says John Podesta, who was climate policy coordinator under former President Barack Obama and is close with the Biden team.

"This is an issue that is not going away"

The world has little time to cut carbon emissions deeply enough to avoid irreversible devastation from intense heat, rising seas and extreme weather disasters, scientists say. At the federal level, the U.S. has largely lost four years in that effort as the Trump administration rolled back dozens of climate rules to help the fossil fuel industry.

"We have seen cities, states, the marketplace, other countries, all racing ahead to transition once and for all to a clean energy economy," says Tiernan Sittenfeld, senior vice president for government affairs at the League of Conservation Voters. "It's really been the Trump administration at odds with all of that."

Biden Says His National Security Team 'Reflects That America Is Back'

The president-elect campaigned on an ambitious $2 trillion climate plan that aims to make the entire U.S. economy carbon neutral by 2050. But if Republicans keep control of the Senate after runoff elections in Georgia, Biden's most meaningful moves may have to come through executive action.

Supporters then are pleased to see that climate change will have a higher profile under him than in any previous administration, and that could set a precedent.

"This is an issue that is not going away in four or five or 10 years," says the person close to the transition team who declined to be identified because they were not authorized to share the group's discussions. "Eventually you may actually have a Cabinet agency dealing with the climate. And I think that's what some Republicans will be very suspicious of."

Veterans of the Obama administration, as well as younger climate activists, have been pushing for a White House climate director who can work across the entire federal government. They say this will drive climate policies beyond the usual agencies such as the Interior and Energy departments and the Environmental Protection Agency.

For example, the Department of Housing and Urban Development could make the buildings it oversees more energy-efficient and resilient. The Department of Agriculture could promote soil management to sequester carbon. The Treasury Department could do more to take climate risk into account when banks lend money, encouraging financing for renewable projects over those that rely on fossil fuels. The Pentagon could further integrate into its planning the risks climate change poses to its military installations around the world.

Sittenfeld says she thinks this high-level, broad approach also makes clear that "dealing with the climate crisis is inextricably linked with all the crises that we face," from economic and racial inequality to the pandemic and its economic fallout.

Of course, the past four years of President Trump's rollbacks have made clear that many executive actions can be undone by a future administration. But Podesta, the former climate official under Obama, says that's not always the case.

"When you build 30 gigawatts of offshore wind," he says, "that's not going anywhere."