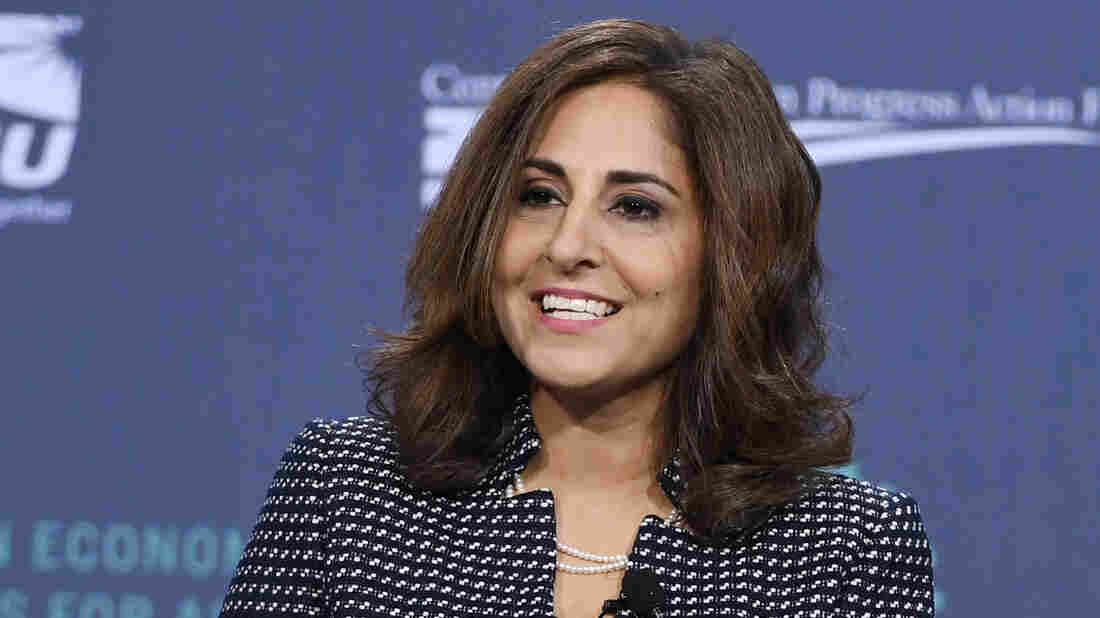 Neera Tanden, president and CEO of the Center for American Progress, speaks at a forum on wages and working people on April 27, 2019. President-elect Joe Biden is nominating Tanden to run the Office of Management and Budget. Ethan Miller/Getty Images hide caption 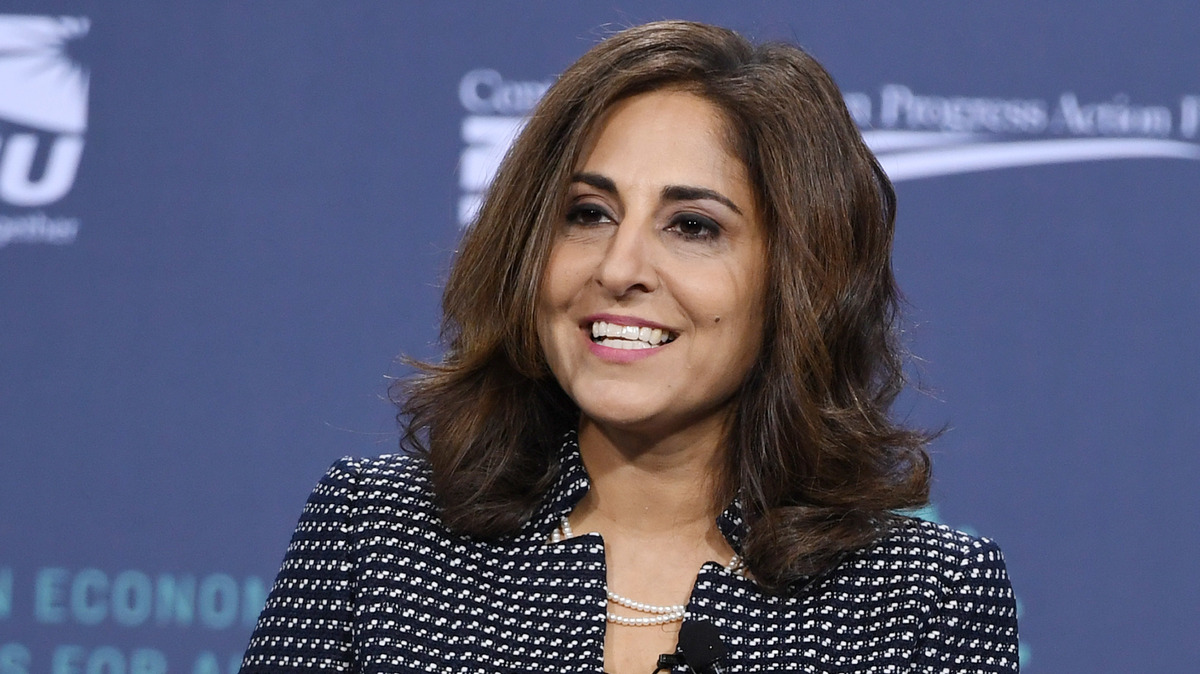 Neera Tanden, president and CEO of the Center for American Progress, speaks at a forum on wages and working people on April 27, 2019. President-elect Joe Biden is nominating Tanden to run the Office of Management and Budget.

President-elect Joe Biden on Sunday named seven women to key communications roles in his incoming White House. His transition team says it's the first time in history that the positions will be filled entirely by women.

Biden also will tap Neera Tanden to be director of the Office of Management and Budget, a source familiar with transition discussions tells NPR's Franco Ordoñez. The Wall Street Journal, which first reported Tanden's nomination, says if confirmed, she will be the first woman of color to oversee the OMB.

Biden has emphasized the elevation of women to key roles in his administration. His running mate, California Sen. Kamala Harris, will become the first female vice president, and he is set to nominate former Federal Reserve Chair Janet Yellen to be the first female treasury secretary.

Joining Yellen will be Adewale "Wally" Adeyemo, whom Biden plans to announce as deputy treasury secretary, the source familiar with transition discussions confirmed.

The Journal says Adeyemo — who is president of the Obama Foundation, and worked as an economic adviser in the Obama White House — would be the Treasury Department's first Black deputy secretary.

Tanden is currently the president and CEO of the Center for American Progress, a progressive think-tank. She's also been an adviser to Hillary Clinton and former President Barack Obama.

Biden is set to unveil more members of his economic team this week. 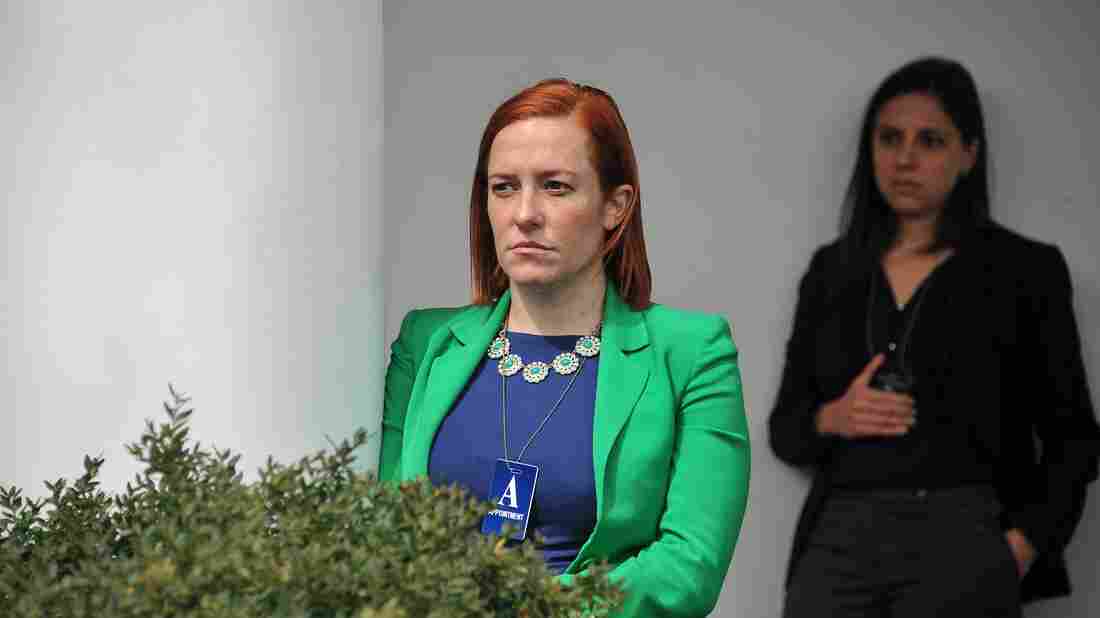 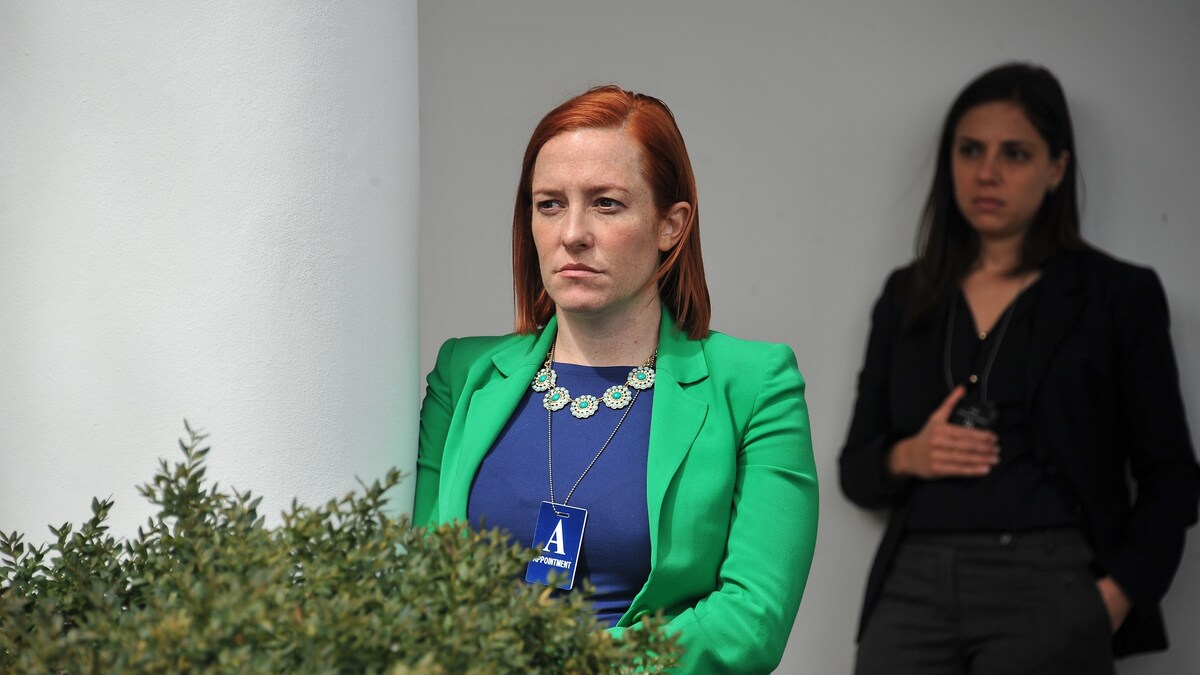 Among the seven communications staffers Biden named Sunday are:

"Communicating directly and truthfully to the American people is one of the most important duties of a president, and this team will be entrusted with the tremendous responsibility of connecting the American people to the White House," Biden said in a statement.

Psaki noted on Twitter that six of the seven women named to communications jobs Sunday are moms of young children.

The communications team was unveiled as Biden himself was at a doctor's office.

According to a statement from Dr. Kevin O'Connor, released by the transition team, the 78-year-old Biden suffered hairline fractures in bones in his right foot, and "it is anticipated that he will likely require a walking boot for several weeks."

His staff says he sustained the injury on Saturday when he slipped as he was playing with his dog, Major.