Accessibility links
Arizona And Wisconsin Certify Biden Wins In Those States : Biden Transition Updates "We do elections well here in Arizona. The system is strong and that's why I have bragged on it so much," said GOP Gov. Doug Ducey. Meanwhile, the state GOP tweeted, "DO NOT CERTIFY A FALSE ELECTION!" 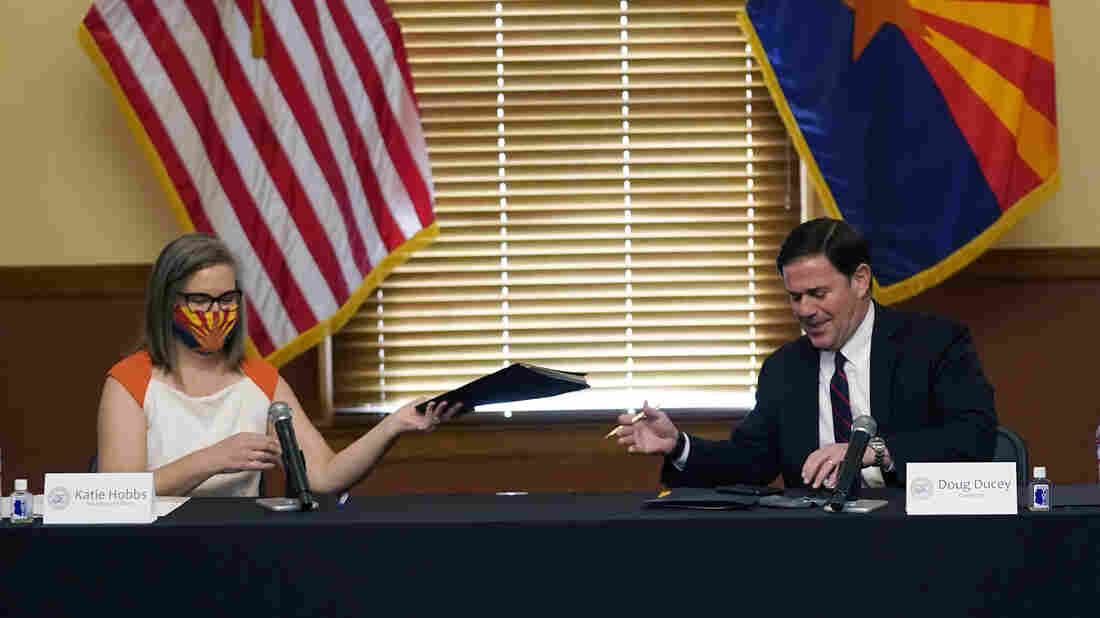 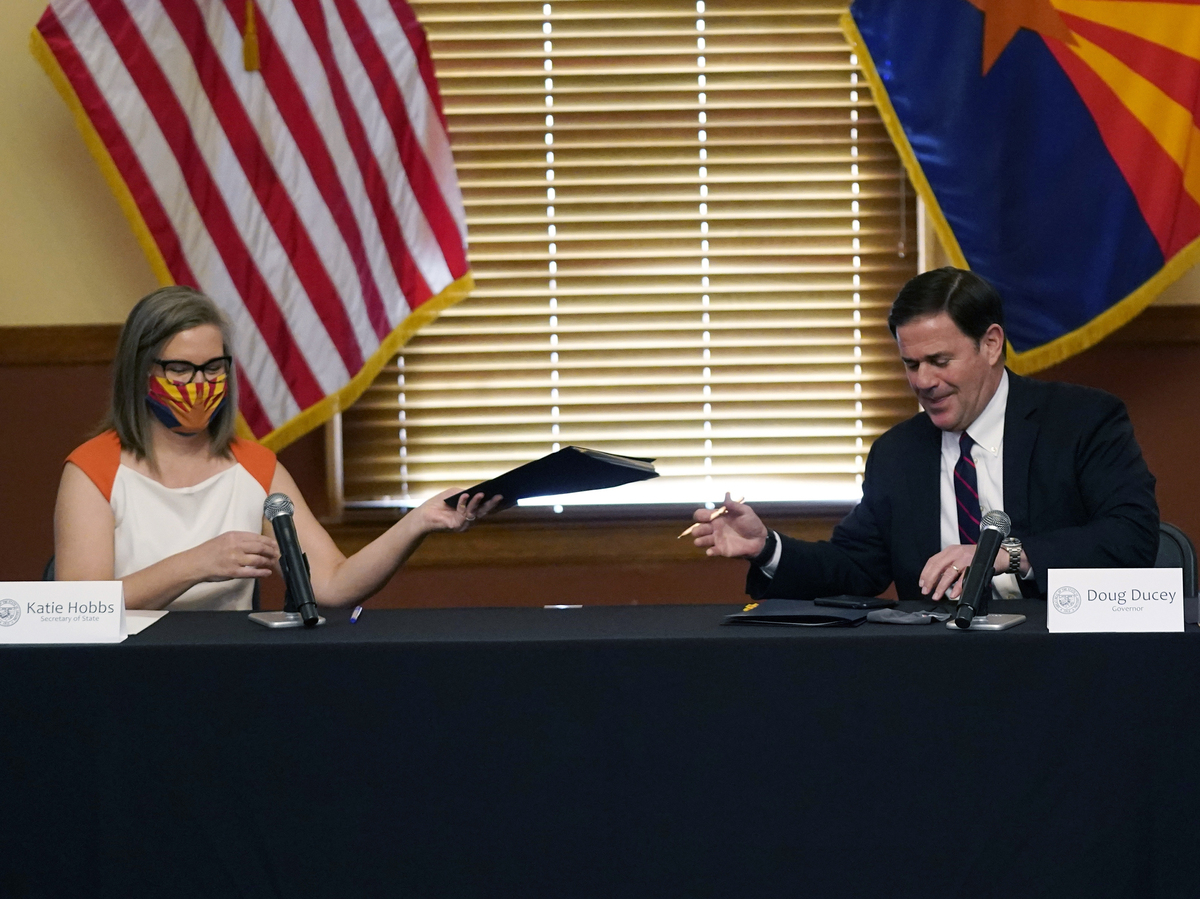 The certifications on Monday come as the president and his legal team continue to tout unsubstantiated claims of voter fraud.

Biden won Arizona by slightly more than 10,000 votes, earning him the 11 electoral votes in a state that a Democratic presidential nominee hadn't carried since Bill Clinton in 1996.

Monday's certification follows a recount in Wisconsin's two most populous counties, paid for by the Trump campaign and completed Sunday, in which Biden's lead grew by 87 votes.

Trump had said that his team would file a lawsuit challenging Wisconsin's results. 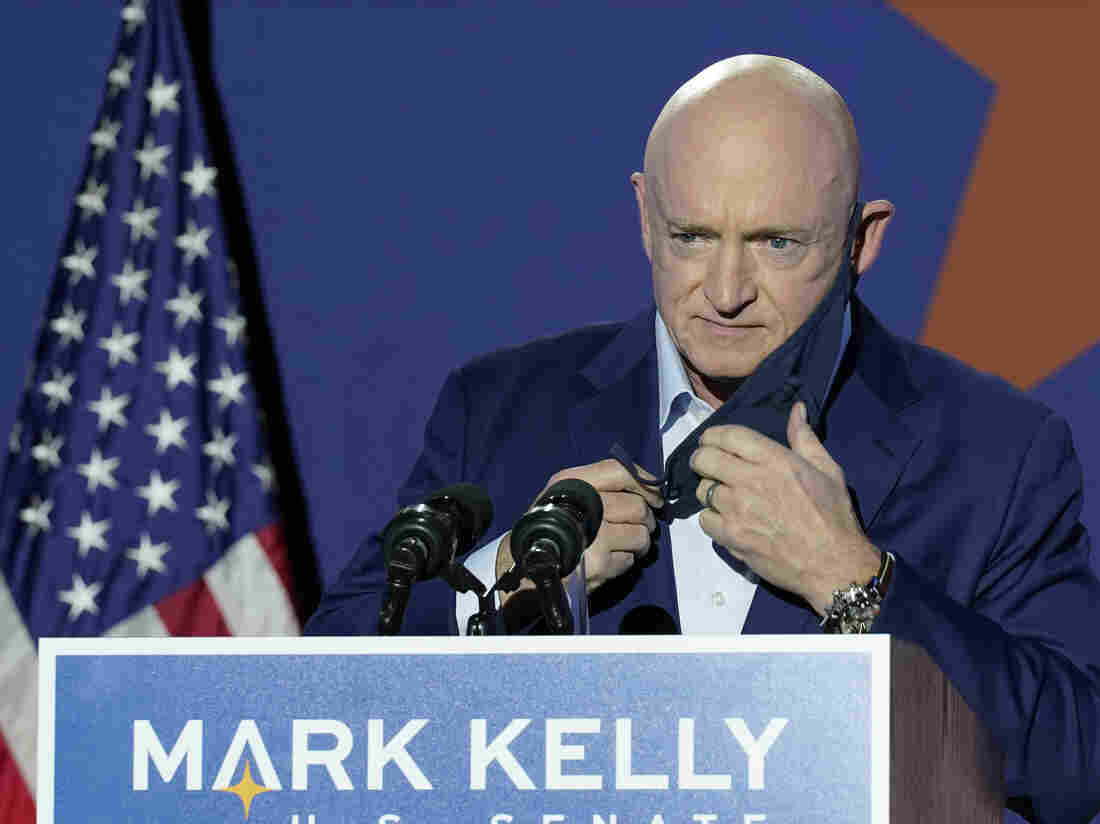 Sen.-elect Mark Kelly prepares to speak at an election night event in Tucson, Ariz. Kelly is set to be sworn in on Wednesday. Ross D. Franklin/AP hide caption 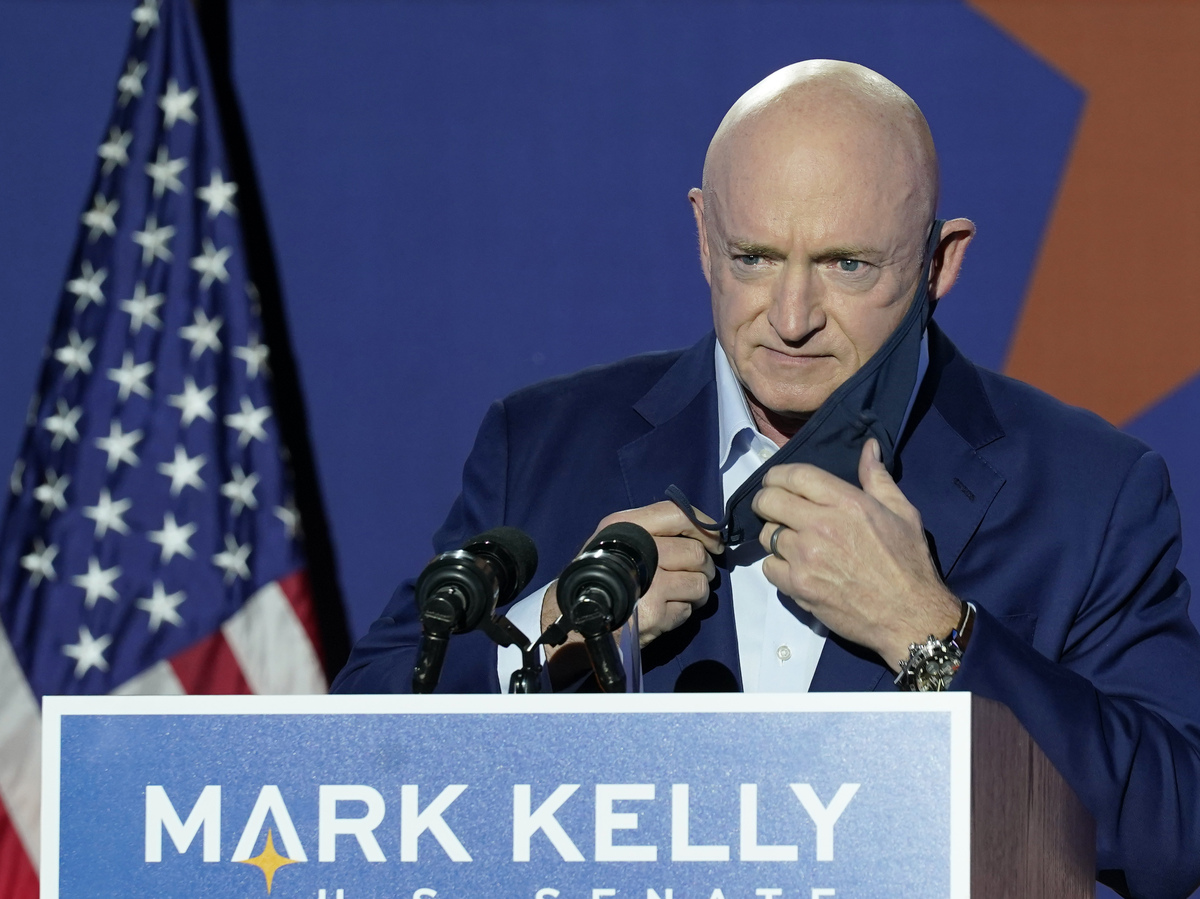 Sen.-elect Mark Kelly prepares to speak at an election night event in Tucson, Ariz. Kelly is set to be sworn in on Wednesday.

Officials in Arizona also certified down-ballot races, including one clearing the way for Sen.-elect Mark Kelly, a Democrat, to be seated as early as this week.

Kelly, who defeated incumbent Sen. Martha McSally, is scheduled to be sworn in Wednesday. Their matchup was a special election to fill the remaining term for the late Sen. John McCain, who was reelected in 2016 and died in 2018.

"This was a historic election for several reasons," said Arizona Secretary of State Katie Hobbs, a Democrat, at a brief event on Monday morning.

"Preparing for any election is an immense undertaking even in normal circumstances. The complexity this year has been compounded by the pandemic," Hobbs said. "In spite of this, we had an extremely well-run election and saw historically high voter participation."

He added: "As I've said before, we do elections well here in Arizona. The system is strong and that's why I have bragged on it so much."

Meanwhile, the Arizona Republican Party tweeted Monday: "DO NOT CERTIFY A FALSE ELECTION!"

DO NOT CERTIFY
A FALSE ELECTION!

Members of Trump's legal team, including Rudy Giuliani, took part in an unofficial meeting with some Arizona GOP lawmakers in which he urged state officials to disregard election results.

In the days following Election Day, Trump's legal team raised concerns that some voters had their ballots rejected incorrectly on the basis that Sharpies were used to fill them out.

The saga, which came to be known as #SharpieGate, went viral on social media but failed to gain traction elsewhere as the Department of Homeland Security debunked the claim.

Still that did not keep Trump's legal team from filing a similar lawsuit.

"The claims are baseless," Hobbs said in an interview with a local NBC affiliate days after the election. "At this point folks are grasping at straws."