Accessibility links
Next Attorney General Must Lead 'Salvage Operation' At Justice, Insiders Say : Biden Transition Updates Several well-known legal and national security insiders are in the mix as President-elect Joe Biden and his advisers assess how to implement what they call reforms at the Justice Department. 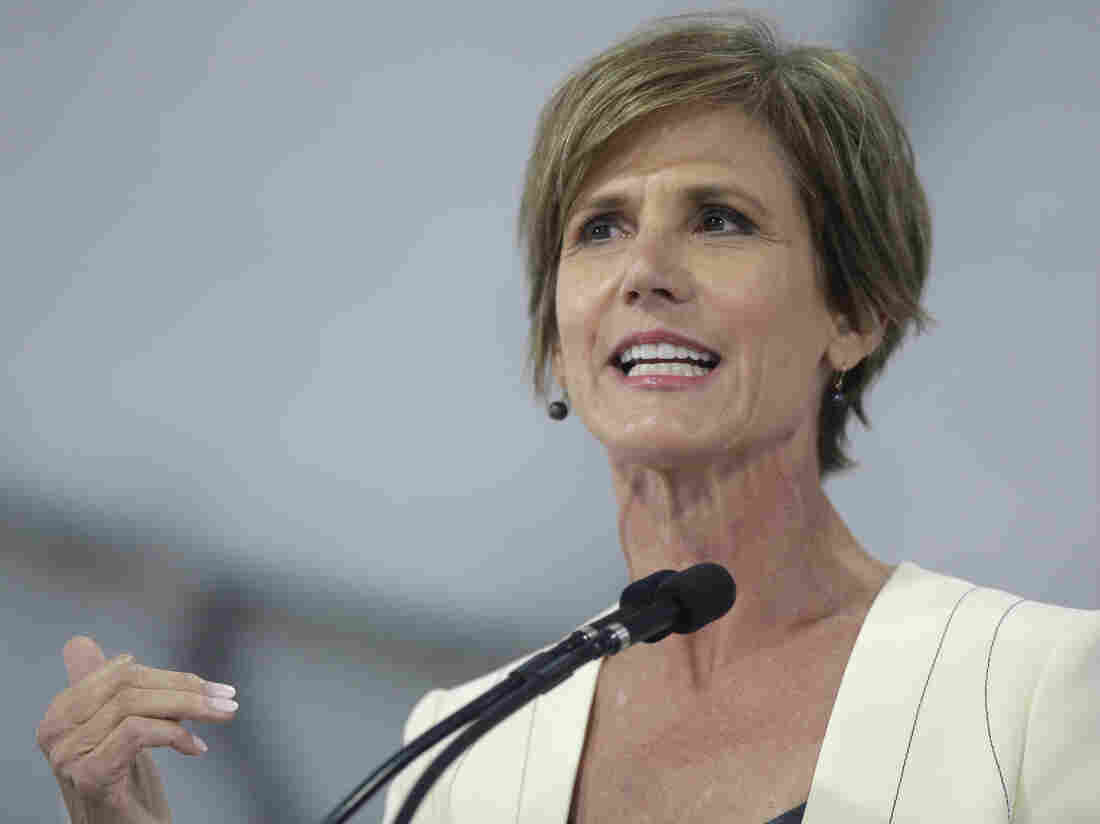 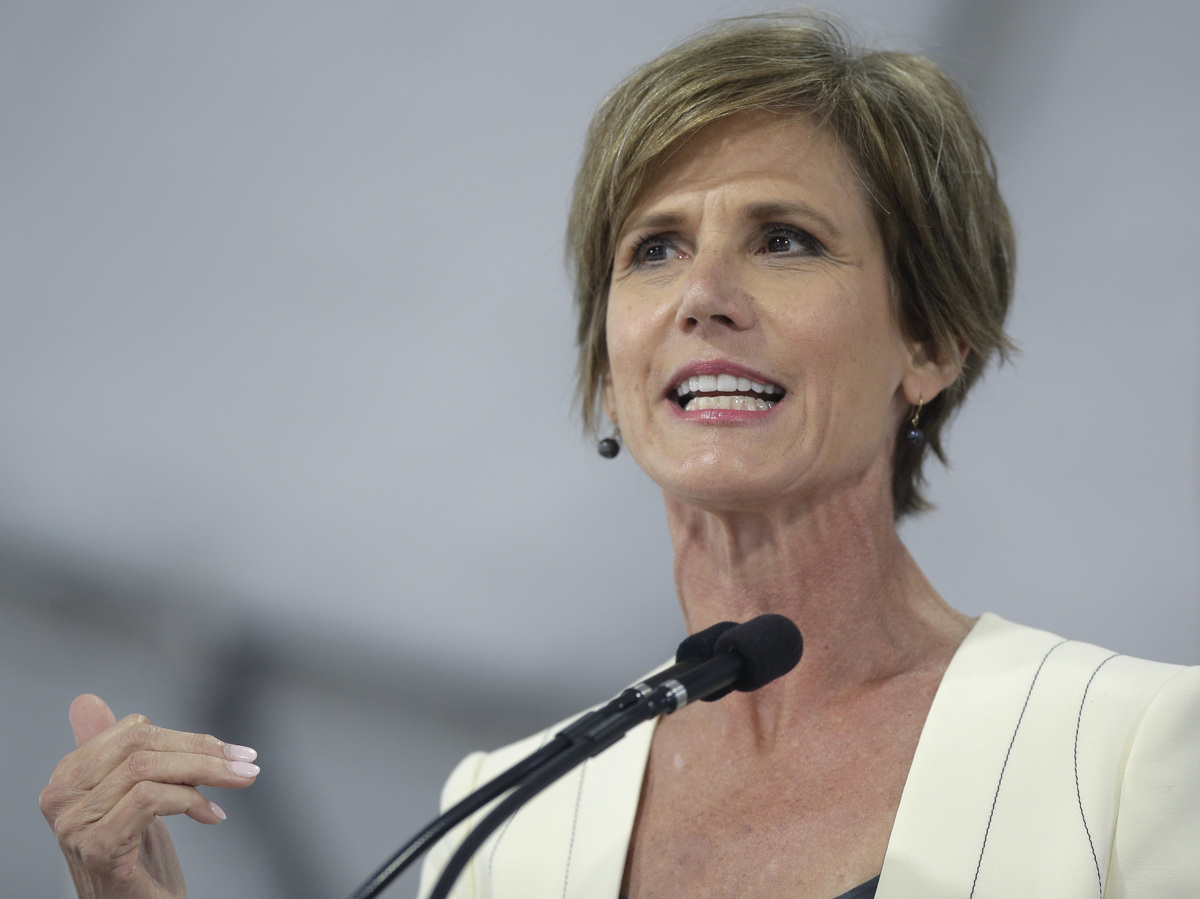 Veterans of the Justice Department are waiting with anticipation for President-elect Joe Biden to unveil his choice to serve as attorney general, a decision that has weighty consequences for civil rights and public confidence in the troubled department.

A prospective top Justice Department nominee is expected before Christmas, a transition spokesperson said Monday — a trajectory that would make the person last to be named among the "Big Four" Cabinet offices, together with the leaders of the Treasury, State and Defense departments.

Biden and Vice President-elect Kamala Harris are making diversity in ethnicity and ideology a top priority, which has extended their deliberations, as has the closely divided Senate they expect to inherit in January.

The Department of Justice stands at the center of questions of enormous public interest, from investigations into racial discrimination and excessive force by law enforcement to rooting out corruption within state and federal government.

Another looming issue is whether and how a new administration might investigate President Trump, his family members and Cabinet officials. Trump faces serious legal questions in federal, state and local investigations.

The Justice Department suffered in the Trump years, insiders say, as the president attacked prosecutors and FBI agents on Twitter and prodded leaders to help his friends and target his enemies.

Attorney General William Barr further alienated the workforce by delivering a speech in which he likened prosecutors to "headhunters" going after targets and said they were in need of supervision like Montessori schoolchildren.

Years of this treatment have not been kind to those inside of Justice.

"Because of failed leadership, the department is in crisis," said Chuck Rosenberg, a former U.S. attorney and former acting administrator of the Drug Enforcement Administration.

Rosenberg said that new leaders needed to restore a sense that the Justice Department is acting free from political interference and can command the trust of the career workforce.

"There are big decisions to make about the direction of the department, and they need to be made correctly and quickly," he added. "We need someone who is ready on Day 1 – someone with deep experience in the department who understands how its many pieces operate; someone who knows the organization, top to bottom."

Another Obama-era U.S. attorney put it more bluntly: "This is, in some ways, a salvage operation."

"The department has been so rocked by politics and politicization over the last four years that step one will be identifying the issues and working from Day 1 to bring the department back to where it should be," said the former U.S. attorney, who asked not to be identified because he has business before the Justice Department.

Five former prosecutors told NPR they believe the next attorney general needs intimate familiarity with the Justice Department so he or she can perform a sweeping assessment: both in civil and criminal enforcement cases that have been brought — but also ones that have not, and should have been — to see if there is any "remedy" or ability to charge those matters years after the fact.

Other policy adjustments for a new Democratic administration are more clear: revive investigations of systematic wrongdoing by local police and throw out a Trump-era memo directing prosecutors to charge defendants with the most serious provable crime.

That practice is a significant break from so-called smart on crime initiatives during the Obama years and new efforts by many state and local prosecutors to reevaluate who and how many people need to be incarcerated.

Here are some of the names being discussed for the Justice Department leadership: 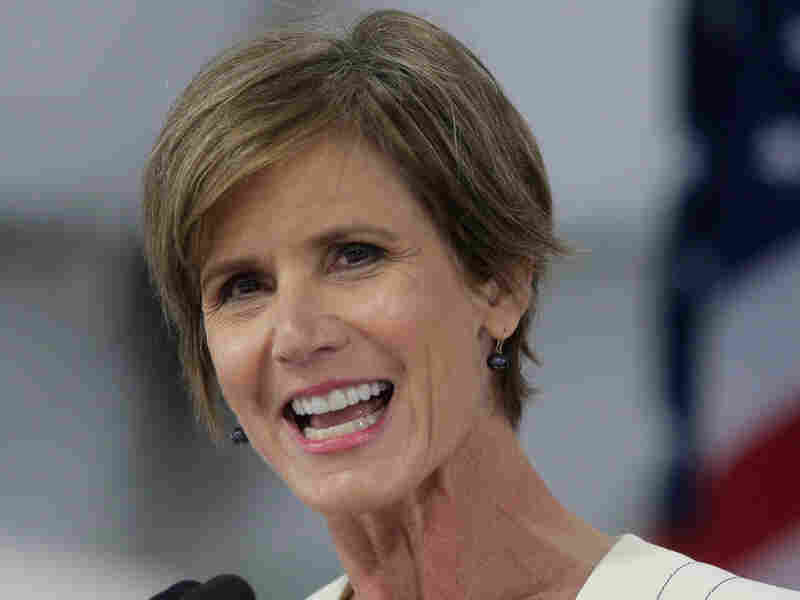 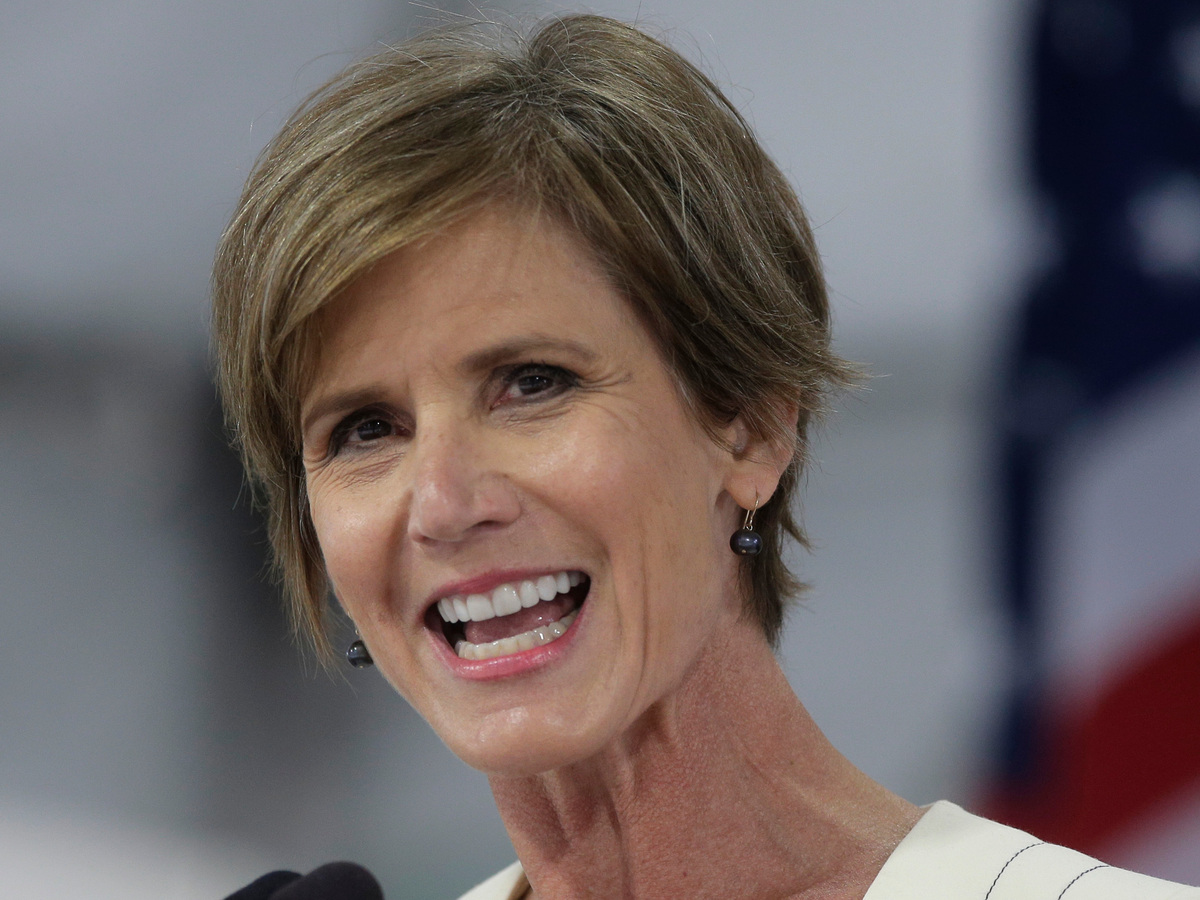 Sally Yates remains a leading contender for the post, according to three sources familiar with the process. As deputy attorney general in the Obama years, she has both recent experience in managing the 113,000-person department and a commitment to the sorts of prison education programs and criminal justice reforms that Biden has pledged to advance.

As the first woman to serve as U.S. attorney in Atlanta, Yates worked her way up inside the Justice Department, under Republican and Democratic bosses, over 27 years.

The Senate confirmed her as deputy attorney general, the chief operating officer of the department, by an 84-12 vote in 2015. More recently, some Senate Republicans have expressed doubts about Yates after her high-profile exit from the department. She refused to defend Trump's first travel ban, and he fired her in January 2017. 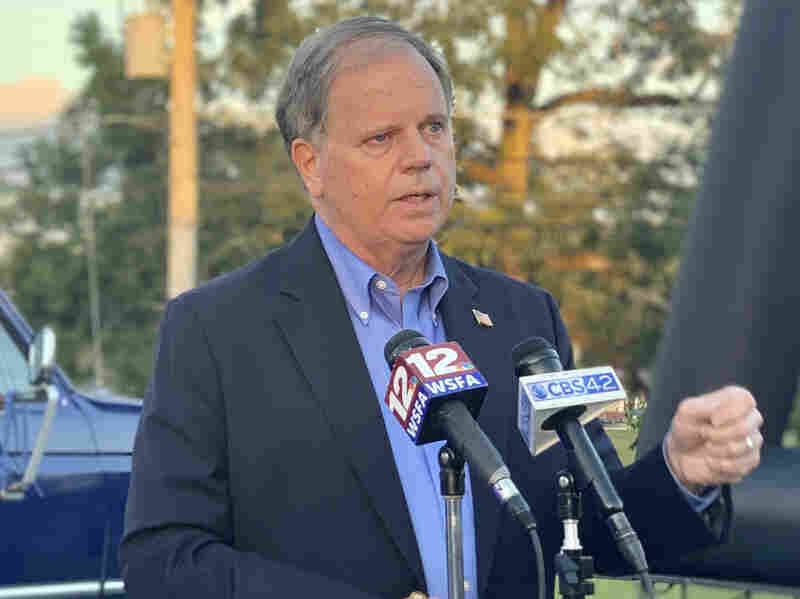 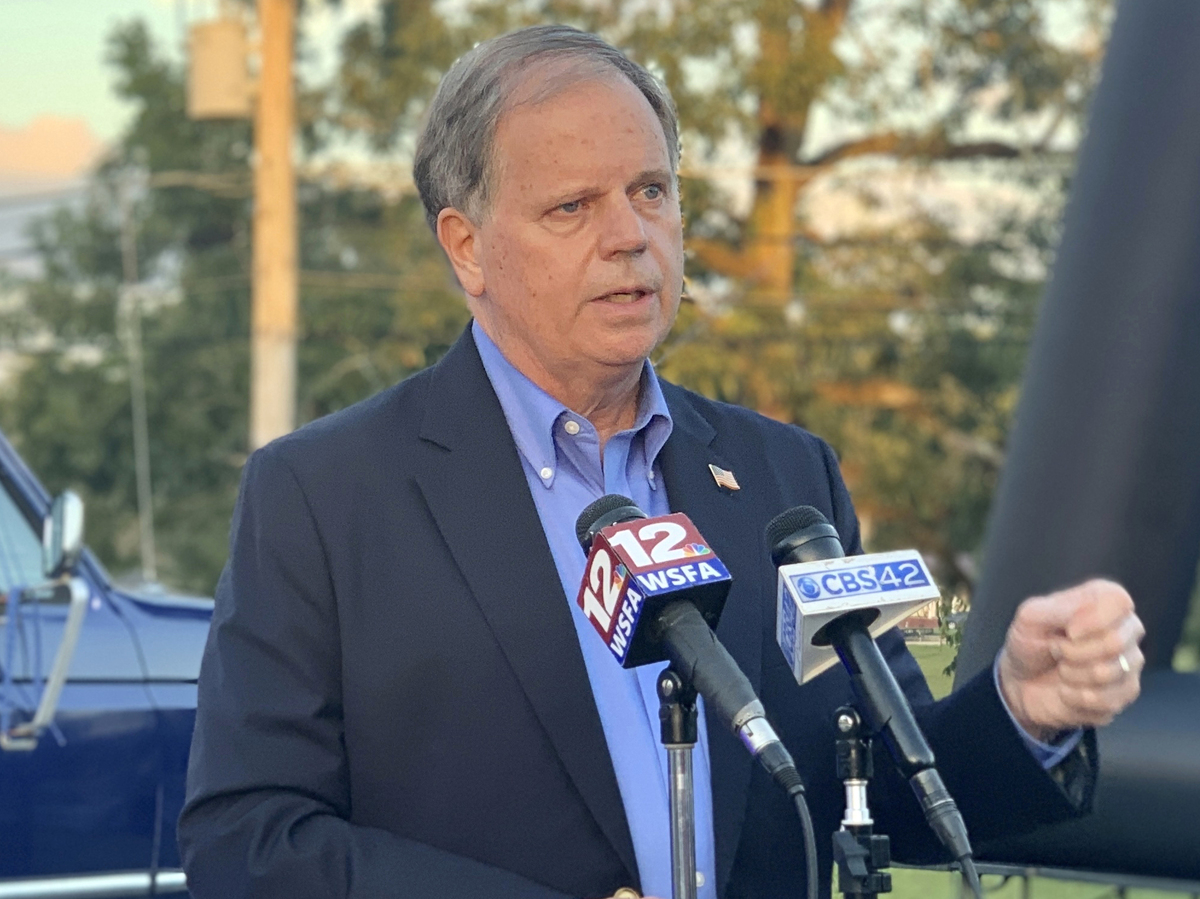 Outgoing Sen. Doug Jones of Alabama, who recently lost his bid for a full six-year term, is also on the Biden radar, sources said.

In the late 1990s, as a U.S. attorney under President Bill Clinton, Jones famously revived a case against two Klan members who bombed a Birmingham church in 1963, killing four little Black girls. The prosecution, decades later, represented a measure of justice in a notorious civil rights crime.

Jones, who recently told NPR he has known Biden for some 40 years, is a moderate Democrat who developed relationships with Republicans during his Senate term that could help ease his path to confirmation. Progressives, however, may object to his votes on behalf of dozens of federal judges appointed in the Trump years. 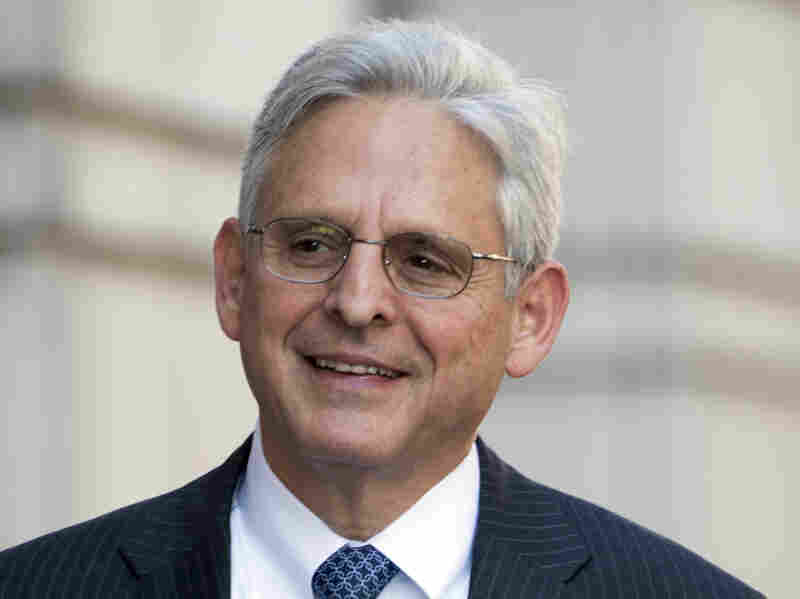 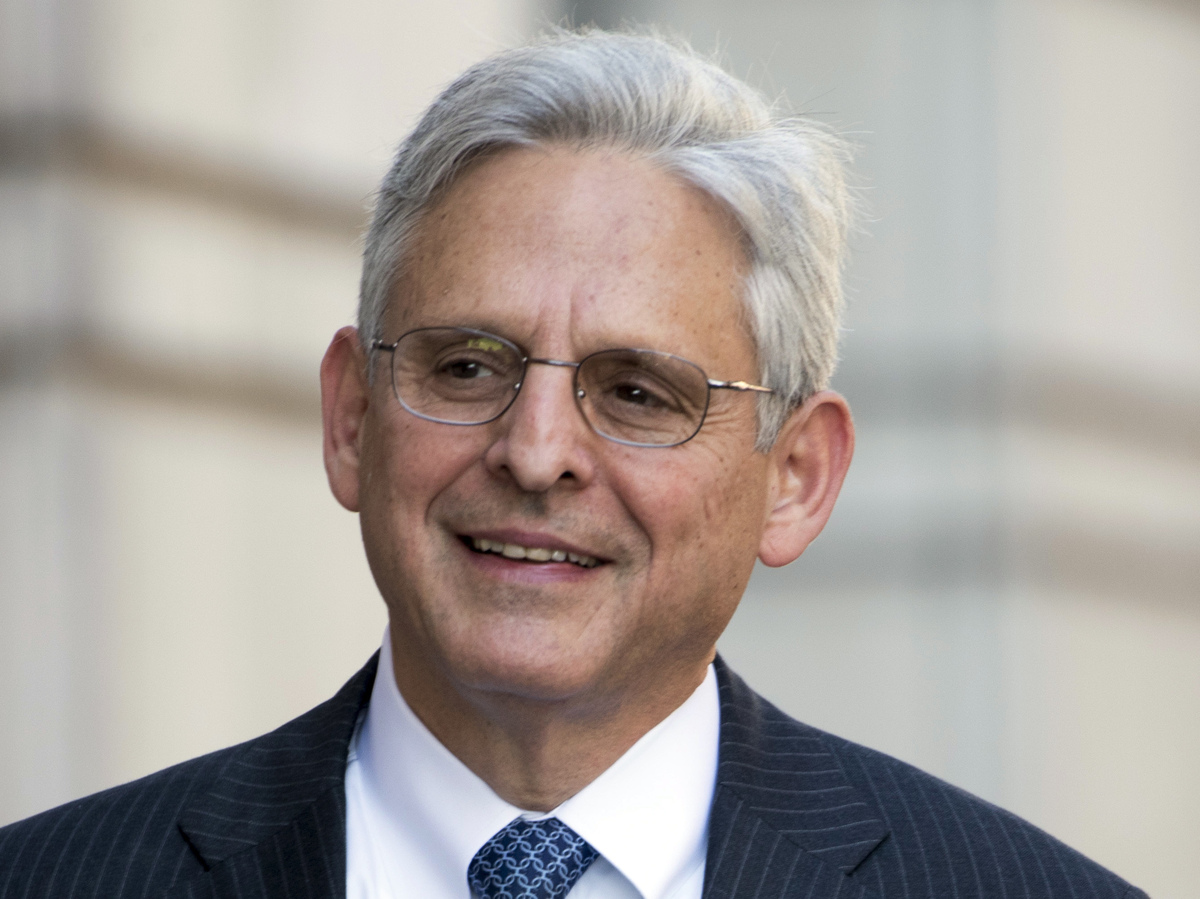 Merrick Garland is the widely respected former chief judge of the U.S. Court of Appeals for the District of Columbia Circuit. He launched his career at the Justice Department decades ago.

Garland oversaw the prosecution of Oklahoma City bomber Timothy McVeigh and gained significant management experience inside the sprawling department in the 1990s. More recently, Garland was nominated to serve on the U.S. Supreme Court by President Barack Obama, to fill the seat vacated by the death of Justice Antonin Scalia.

Former Justice Department officials pointed out that after Watergate, President Gerald Ford enlisted former University of Chicago President Edward Levi to be attorney general and restore public confidence in the institution. The Justice Department bestows an award for honor and integrity in his name.

Supporters said Garland could play a similar role if he could be enticed to leave his lifetime-tenured appointment on the federal bench. 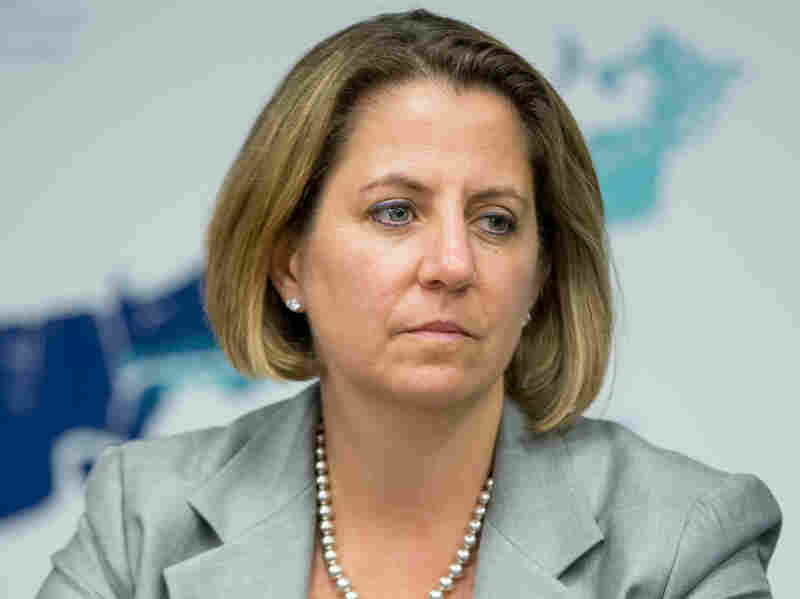 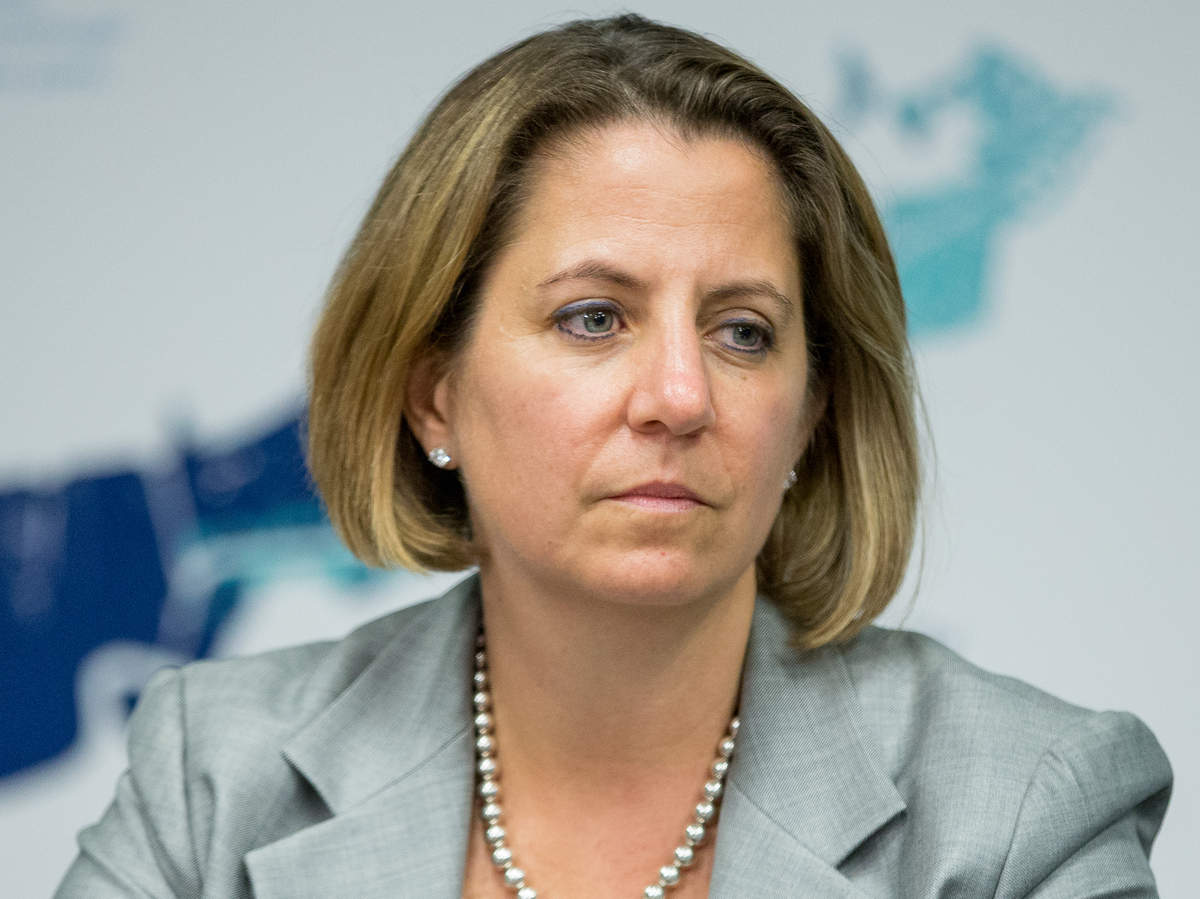 Monaco was the first woman to serve as assistant attorney general for the National Security Division at the Justice Department.

She spent the last few years of the Obama administration as the former president's homeland security adviser, a job that brought her into close contact with Avril Haines, the Biden team's pick to be director of national intelligence, and with Antony Blinken a long-serving foreign policy specialist who is Biden's choice to serve as secretary of state.

Monaco's friends also point out that in between college and law school, she worked on the Senate Judiciary Committee, where she did research on the Violence Against Women Act, one of Biden's chief accomplishments on Capitol Hill. 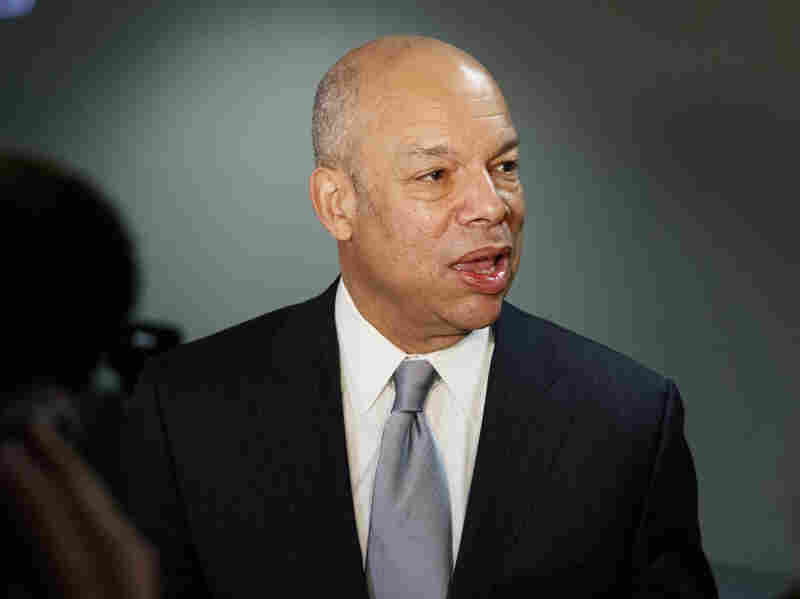 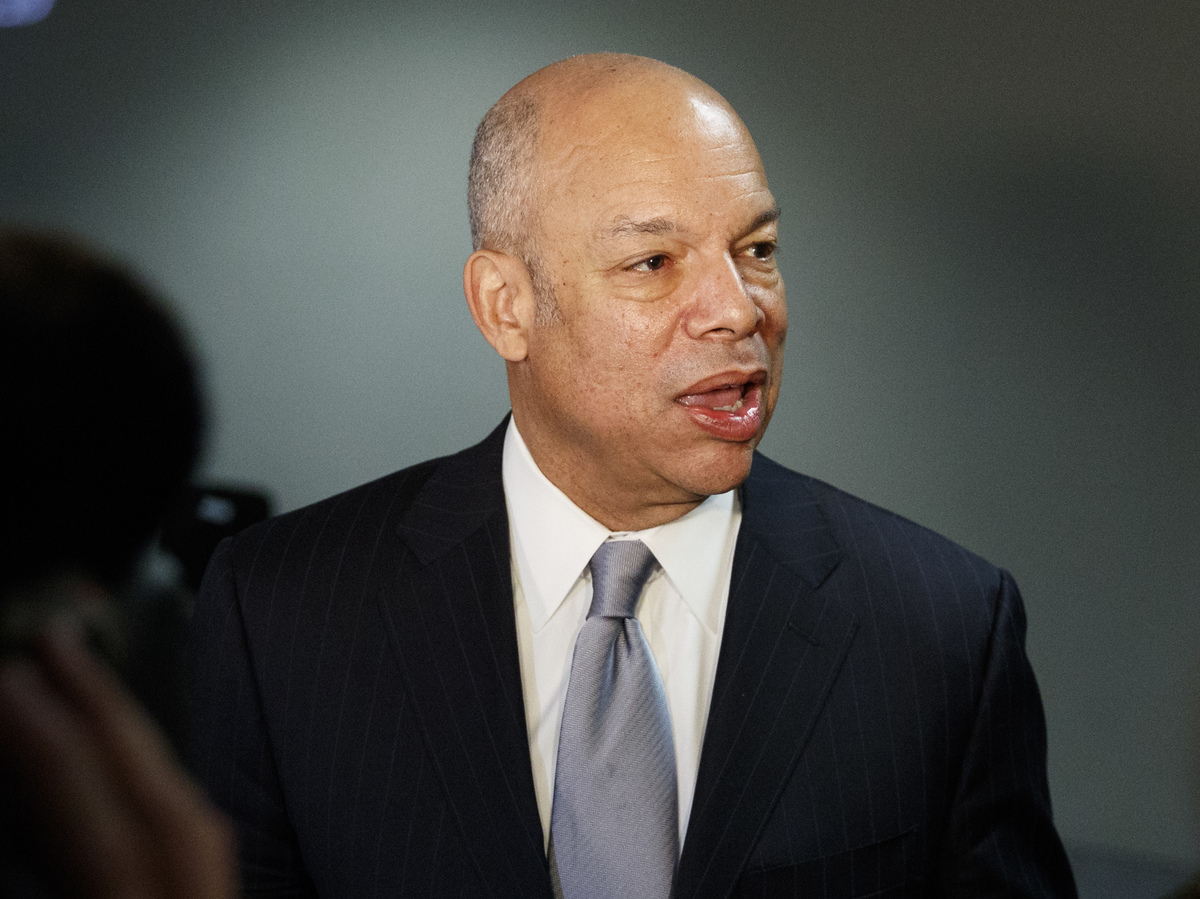 Former Homeland Security Secretary Jeh Johnson, who became the first Black law partner at Paul, Weiss, Rifkind, Wharton & Garrison, has been mentioned as a possible nominee at the Justice Department or elsewhere.

Johnson spent three years as a federal prosecutor in Manhattan in the late 1980s and early 1990s. During the first Obama term, Johnson was the top lawyer at the Pentagon, where he approved sensitive national security missions.