Accessibility links
Lloyd Austin Nod Raises Concerns Over Civilian Control Of Military : Biden Transition Updates Gen. Lloyd Austin retired from the U.S. Army in 2016. He'll need a waiver from Congress to serve as the top civilian at the Pentagon, which some key lawmakers may resist doing. 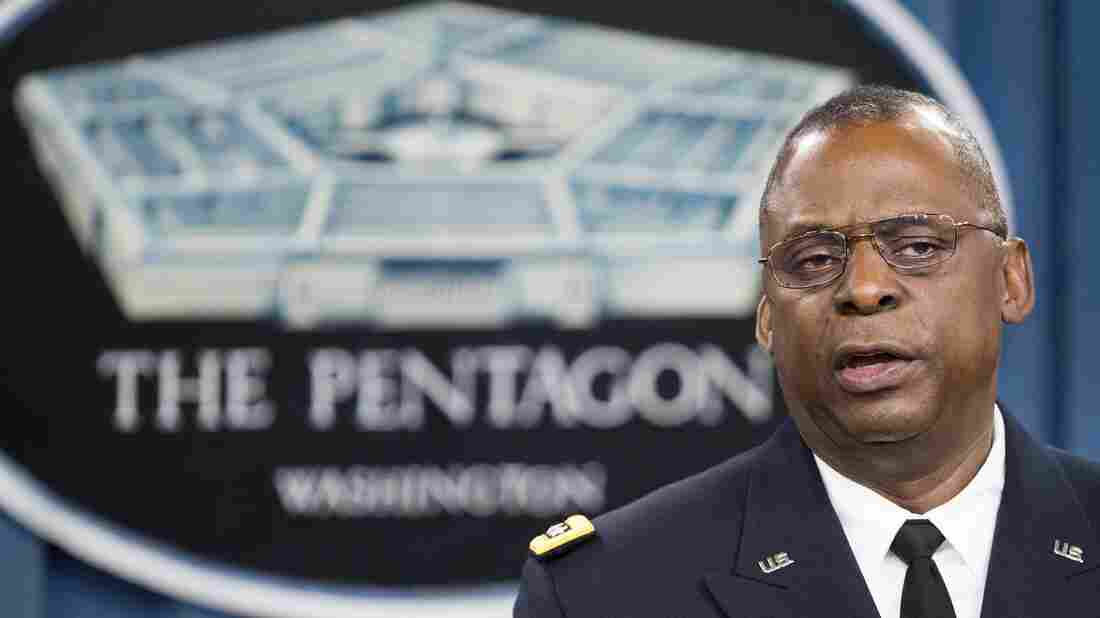 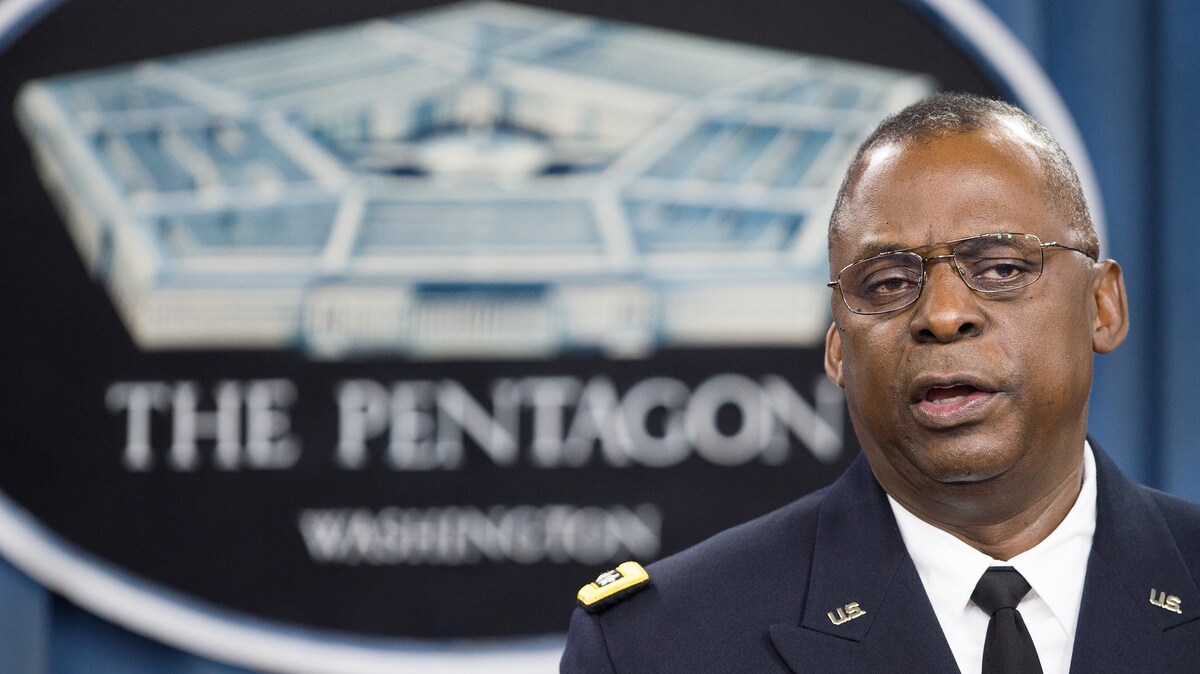 Retired Gen. Lloyd Austin is President-elect Joe Biden's pick for defense secretary, the top civilian post at the Pentagon. Nominating a recently retired military officer will require a waiver from Congress, which some key lawmakers oppose.

President-elect Joe Biden confirmed his pick for defense secretary, retired Gen. Lloyd Austin, on Tuesday amid pushback from some lawmakers against naming a recent uniformed military officer for the top civilian leadership post at the Pentagon.

Unlike other Biden nominees who also may face skeptical confirmation hearings or tight votes in a closely divided Senate, Austin is likely to run into trouble aside from ideological positions or previous statements that may come up. Instead, it's the fact that he's only been retired from active duty for four years.

Civilian control is a key aspect of the U.S. military, and to underscore that principle, defense secretaries are legally required to have been retired from active duty for at least seven years.

President Trump's first defense secretary, retired Gen. James Mattis, had also been out of active service for less than seven years. Congress passed a waiver allowing him to fill the role anyway, with opposition mostly from Democrats. At the time, several key lawmakers made it clear they likely wouldn't do the same again.

With several key Democrats on the record from 2017 saying they wouldn't vote for another waiver in the future, Biden penned an editorial published in The Atlantic on Tuesday afternoon stressing his personal ties to Austin and asking Congress once again to allow a recently retired general to run the Pentagon.

"I've spent countless hours with him, in the field and in the White House Situation Room. I've sought his advice, seen his command, and admired his calm and his character," Biden wrote, highlighting the fact that Austin was a top commander during a period when Biden oversaw Obama administration efforts to lower troop totals in Iraq and hand operations authority over to Iraqi forces.

"General Austin got the job done," he wrote. "He played a crucial role in bringing 150,000 American troops home from the theater of war. Pulling that off took more than just the skill and strategy of a seasoned soldier. It required Austin to practice diplomacy, building relationships with our Iraqi counterparts and with our partners in the region."

Biden also addressed the immediate pushback since news of his choice broke on Monday night.

"I respect and believe in the importance of civilian control of our military and in the importance of a strong civil-military working relationship at DoD — as does Austin," Biden wrote. "We need empowered civilians working with military leaders to shape DoD's policies and ensure that our defense policies are accountable to the American people."

Even as several Democrats who had opposed a Mattis waiver said Tuesday they might be open to granting one for Austin, the Senate's narrow makeup — the best case scenario for Democrats is a 50-50 split — means only a handful of defections could sink Austin's bid.

One key voice in the debate is Sen. Jack Reed of Rhode Island, the ranking Democrat on the Senate Armed Services Committee. Four years ago he reluctantly voted to give Mattis a waiver but said at the time he would never do so again. "Waiving the law should happen no more than once in a generation," Reed said in 2017. "I will not support a waiver for future nominees."

But when Reed spoke to reporters Tuesday afternoon on Capitol Hill, he sounded open to reversing course.

The lawmaker called Austin a "very qualified general officer" who "brings a lot to the Department of Defense."

"I feel, in all fairness, you have to give the opportunity to the nominee to explain himself or herself. That's what I think the principle is," Reed said, adding that was the case for Mattis and how he was ultimately confirmed. Reed said it would ultimately be up to the Senate Armed Services chairman to decide to hold the hearing. The chairman, Republican Sen. James Inhofe of Oklahoma, also sounded a supportive note for Austin on Tuesday but wasn't sure a hearing could be held before Biden's inauguration.

House Speaker Nancy Pelosi expressed her support in a statement Tuesday evening. Because the House would need to approve a waiver for Austin, it's the rare appointment that the lower chamber has a role in.

Still, other lawmakers from both parties responded to the selection with skepticism, citing Austin's recent uniformed service.

"That's the exception, not the rule," Majority Whip John Thune, R-S.D., told reporters Tuesday. "We did that for Mattis, but there is a reason why we have civilian oversight of the Defense Department."

Thune said, "I'm not ruling it in or ruling it out. But I think it's something we'll have to consider when the time comes."

Sen. Jon Tester, a Montana Democrat, said he's also opposed — at least initially — to supporting a waiver. "I didn't for Mattis, and I don't think I will for him," Tester told a Capitol Hill reporter, referring to Austin. "Look, I loved Mattis, I thought Mattis was a great secretary. I think this guy is going to be a great secretary. I just think we ought to look at the rules."

Austin would be the first Black defense secretary. The retired four-star general is a West Point graduate who went on to lead U.S. Central Command after decades in the Army.

A source familiar with nomination discussions told NPR that Biden got to know Austin in the White House Situation Room during the Obama administration and came to trust the general and his judgment.

"He also appreciated that Gen. Austin knows the human costs of war firsthand," said the source, who was not authorized to speak to reporters.

Other contenders for the post had been Michèle Flournoy, a former undersecretary of defense for policy who had been seen as the initial front-runner, as well as former Homeland Security Secretary Jeh Johnson.