Accessibility links
Who Are The Electors In The Electoral College And How Are They Picked? : Biden Transition Updates Electors are picked by state parties, and in most states they are bound to follow the popular vote and made to sign pledges or be threatened with fines and even criminal action. 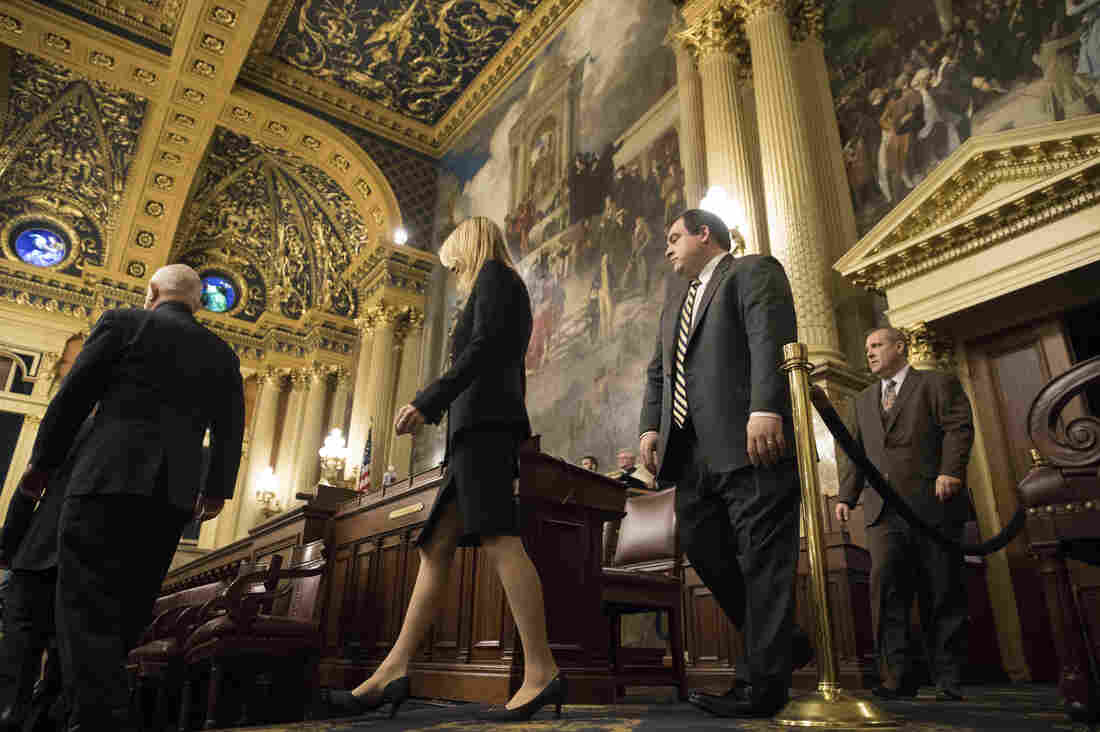 Pennsylvania electors arrive in December 2016 to cast their votes for president. Then, their 20 votes went for President Trump. This time, they are slated to go for President-elect Joe Biden. Matt Rourke/AP hide caption 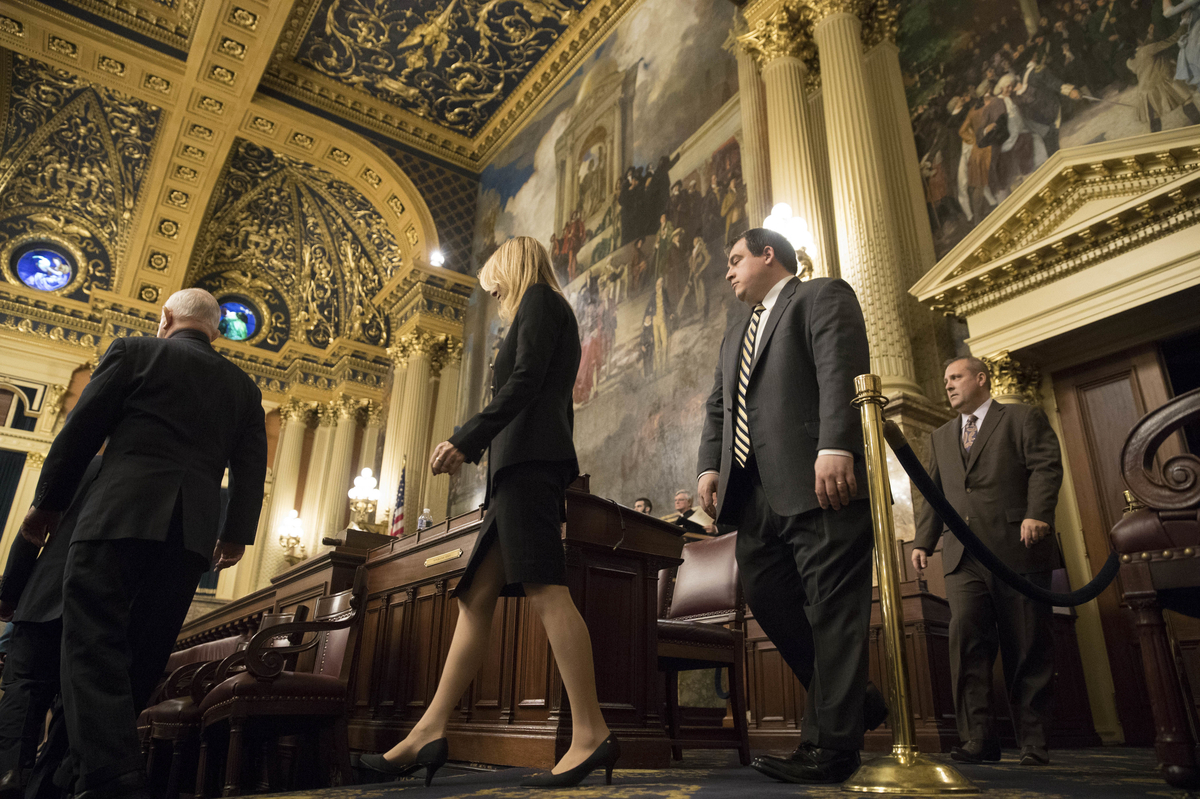 Pennsylvania electors arrive in December 2016 to cast their votes for president. Then, their 20 votes went for President Trump. This time, they are slated to go for President-elect Joe Biden.

Another official move in America's sometimes-convoluted presidential election process takes place Monday as the electors of the Electoral College cast their votes.

It's one of the final steps in picking a president, but who are these electors and how do they get selected?

It begins and ends with loyalty — loyalty to state and national parties. That in part is how the candidates are all but guaranteed to have the electors' votes match the ballots cast by regular people in general election voting in each state.

Who are they and who picks them?

There are 538 electors, one for each U.S. senator and U.S. representative, plus three for Washington, D.C., which gets three electoral votes in the presidential election even though it has no voting representation in Congress.

The establishment and role of the Electoral College is spelled out in Article II, Section 1, Clause 2 of the U.S. Constitution. It was modified by the 12th Amendment in 1804 and the 23rd in 1961.

How electors get picked varies by state, but in general state parties file slates of names for who the electors will be. They include people with ties to those state parties, like current and former party officials, state lawmakers and party activists. They're selected either at state party conventions or by party central committees. Each presidential candidate gets their own unique list of names on their slates.

Are they bound by the popular votes in those states?

In some places, yes; in others, no. Thirty-two states plus the District of Columbia have laws requiring electors to vote for the candidate the party has nominated, or they have to sign pledges.

Some states threaten electors with fines or even criminal penalties for going "faithless." In New Mexico, it's considered a fourth-degree felony; in South Carolina, they are subject to criminal action; Oklahoma holds out a fine of $1,000; it's $500 in North Carolina.

Many of these states also will throw out the vote of a rogue elector and replace them with someone who holds the line.

So is there a chance that President Trump could overturn the election results through the Electoral College?

While there have been people who stray from the will of the voters before, historically 99% have shown fidelity to the state's popular vote results.

That's largely because of the process that takes place, with state parties selecting them. So there's already a natural vetting process.

How many faithless electors have there been? 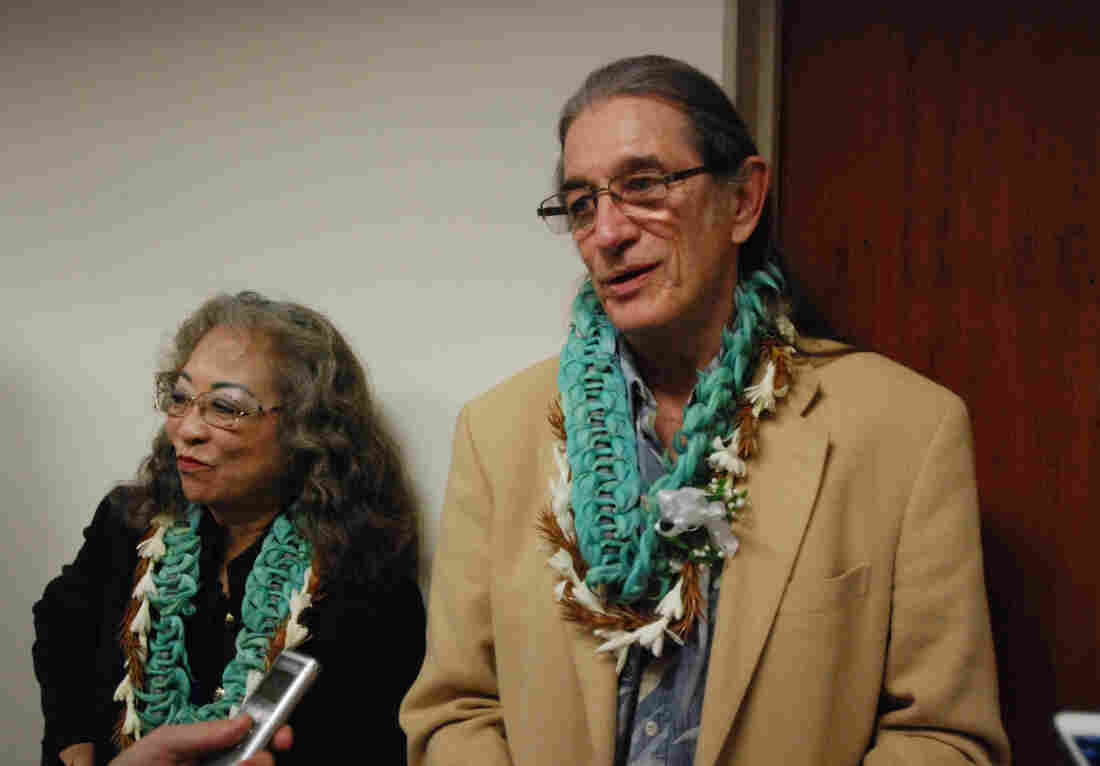 Hawaii elector David Mulinix cast a vote for Bernie Sanders in the 2016 Electoral College. He was required by law to vote for Hillary Clinton. Cathy Bussewitz/AP hide caption 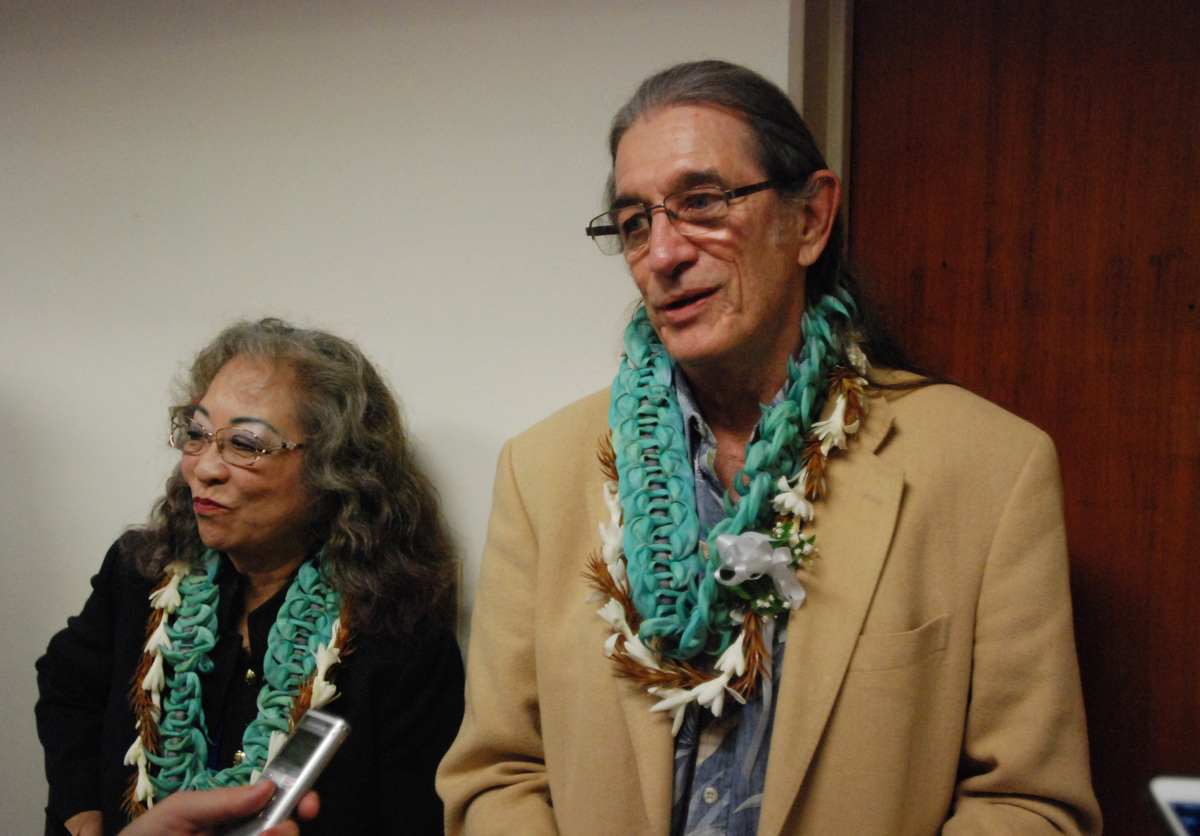 Hawaii elector David Mulinix cast a vote for Bernie Sanders in the 2016 Electoral College. He was required by law to vote for Hillary Clinton.

In 2016, seven went against the popular vote in their states. That was the most since 1972 and the first time there were any faithless electors since 2004. Those seven were also more than all the faithless electors combined (four) dating back to 1976.

In the 2016 presidential election between Trump and Hillary Clinton — two candidates who were unpopular — two Texas electors strayed from Trump and selected Ohio Gov. John Kasich and ex-Rep. Ron Paul of Texas, a libertarian star.

Trump should have won 306 electoral votes but wound up with 304 instead.

On the Democratic side, more electors abandoned Clinton. In Hawaii and Washington state, five electors cast ballots for Sen. Bernie Sanders of Vermont, former Secretary of State Colin Powell and Faith Spotted Eagle, a Native American activist who was prominent in trying to block the Keystone XL pipeline.