Accessibility links
More Senate Republicans Recognize Biden As President-Elect : Biden Transition Updates A new wave of senators are finally acknowledging what has been clear for weeks: that Joe Biden is president-elect. Even with the formal affirmation of the election outcome, many holdouts remain. 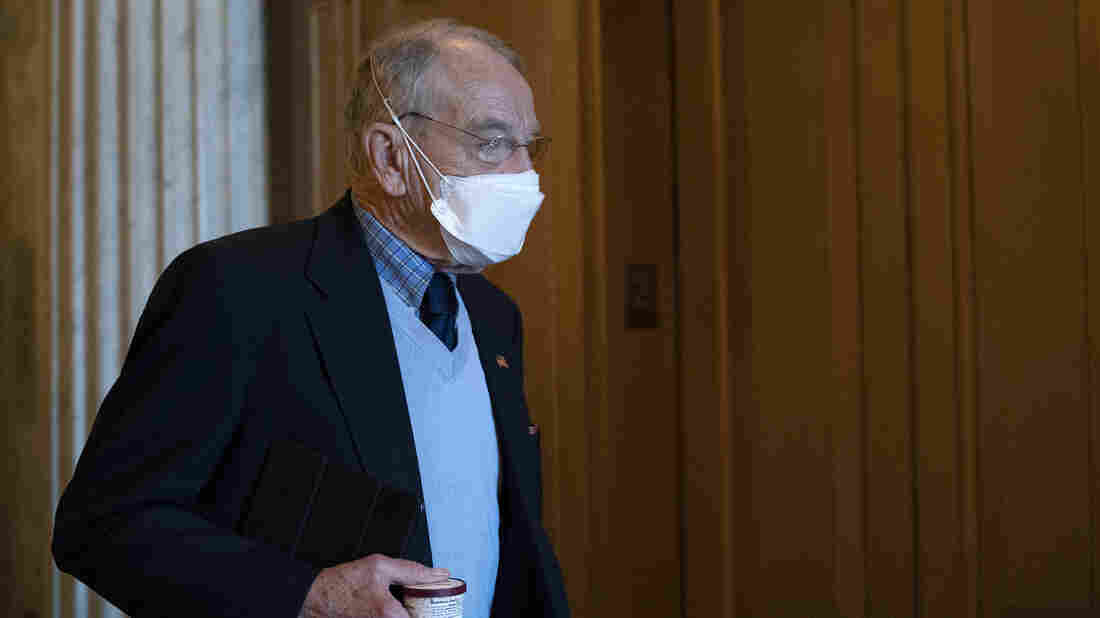 Republican Sen. Chuck Grassley of Iowa, pictured at the Capitol on Friday, acknowledged Monday that the Electoral College confirms Joe Biden as president-elect. Several Republicans had held out on doing so until now. Stefani Reynolds/Getty Images hide caption 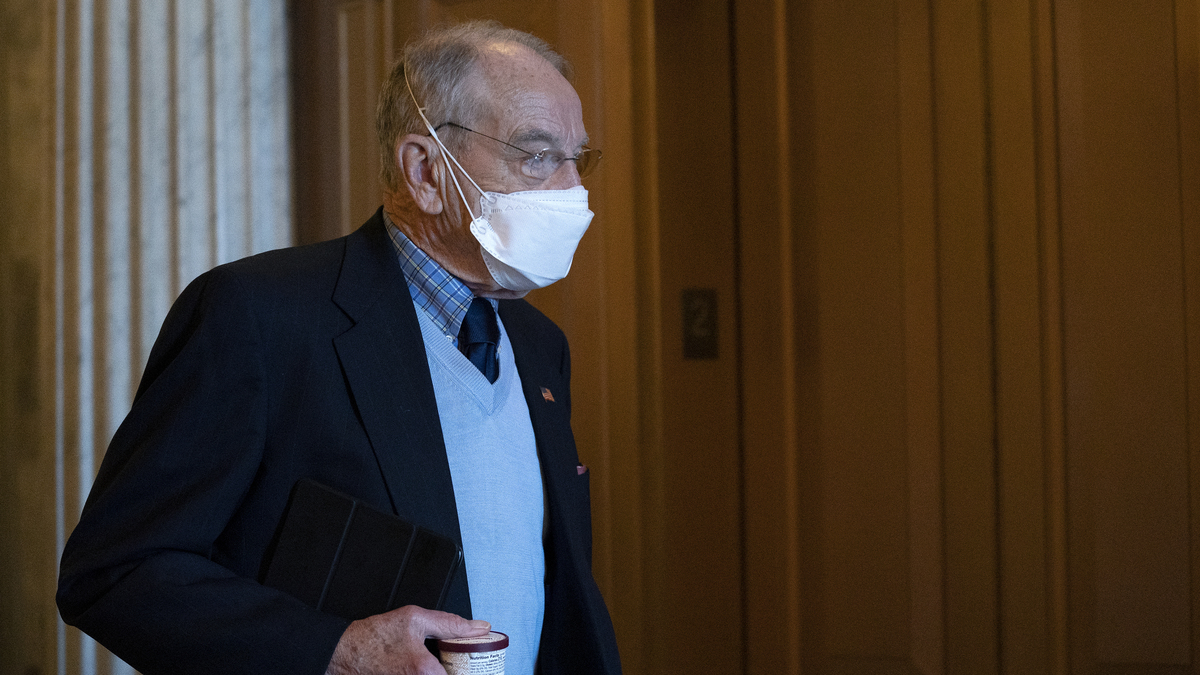 Republican Sen. Chuck Grassley of Iowa, pictured at the Capitol on Friday, acknowledged Monday that the Electoral College confirms Joe Biden as president-elect. Several Republicans had held out on doing so until now.

With the Electoral College votes now complete, a new wave of Senate Republicans are acknowledging what's been clear for weeks: Joe Biden is the president-elect.

In the days after the Nov. 3 election, only a handful of GOP senators — mostly moderates — recognized the win for Biden and Vice President-elect Kamala Harris. Since then, many of the chamber's Republicans have deferred to President Trump's legal challenges instead.

That began to change on Monday. In some cases, such as that of Iowa Sen. Chuck Grassley, they are admitting it somewhat reluctantly.

"It doesn't matter what Chuck Grassley thinks, the Constitution has answered that question for you," Grassley said moments after California's electoral votes affirmed Biden's win. "That's all I can say on it."

However, a new wave of members leaned into plans for an upcoming Biden presidency.

"It certainly looks that way, and I think it's time to turn the page and begin a new administration," Sen. Shelley Moore Capito of West Virginia told a Capitol Hill pool reporter.

"At some point you have to face the music. And I think once the Electoral College settles the issue today, it's time for everybody to move on," Thune told reporters.

"He's presumptive president," Tillis said. "But I don't want to discount valid, legal disputes that'll be settled over the next couple weeks."

When asked, Cramer stopped short of using the phrase "president-elect" to describe Biden, but conceded that appeared to be the case.

"I guess if that's what you officially call somebody after the Electoral College, I'm fine with that," Cramer said.

Sen. Rob Portman of Ohio was among those who issued clear statements affirming the win.

"Although I supported President Trump, the Electoral College vote today makes clear that Joe Biden is now President-Elect," he said.

"The presidential election is over. States have certified the votes. Courts have resolved disputes. The electors have voted. I hope that President Trump will put the country first, take pride in his considerable accomplishments, and help president-elect Biden get off to a good start," Alexander said. "Especially during this pandemic, an orderly transition of power is crucially important."

William Barr To Step Down As Attorney General Before Christmas

Still, many of their colleagues remain holdouts. And some declined to comment, including Senate Majority Leader Mitch McConnell of Kentucky, who didn't respond to repeated questions from reporters on Monday.

"I'd call him Joe until he gets sworn in," said South Carolina Sen. Lindsey Graham when asked, before noting some legal challenges remain.

Sens. Jim Inhofe of Oklahoma and John Barrasso of Wyoming were among those that still weren't ready on Monday to acknowledge the president-elect.

The unsuccessful Trump and Republican-led efforts to overturn the elections — which cite baseless claims of widespread voter fraud — are part of one reason retiring Michigan Rep. Paul Mitchell told CNN on Monday he was leaving his party to become an independent.