Accessibility links
Biden, Pence Prepare To Get COVID-19 Vaccine : Biden Transition Updates President-elect Joe Biden said he plans to take a vaccine publicly in an effort to promote trust. Vice President Pence and his team are discussing options for how and when he will take it, too. 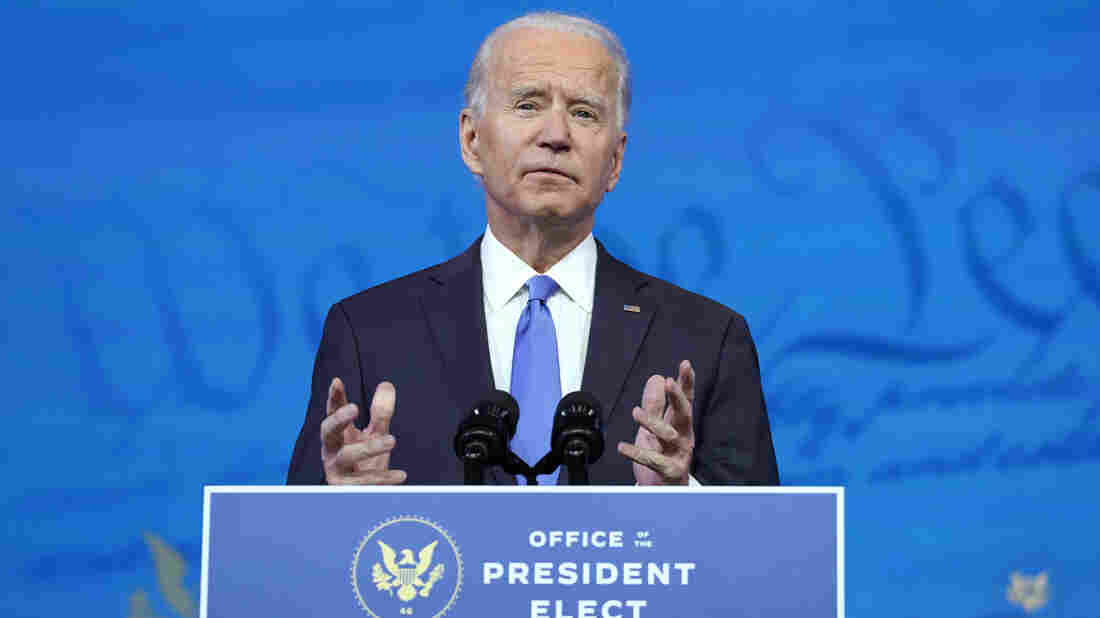 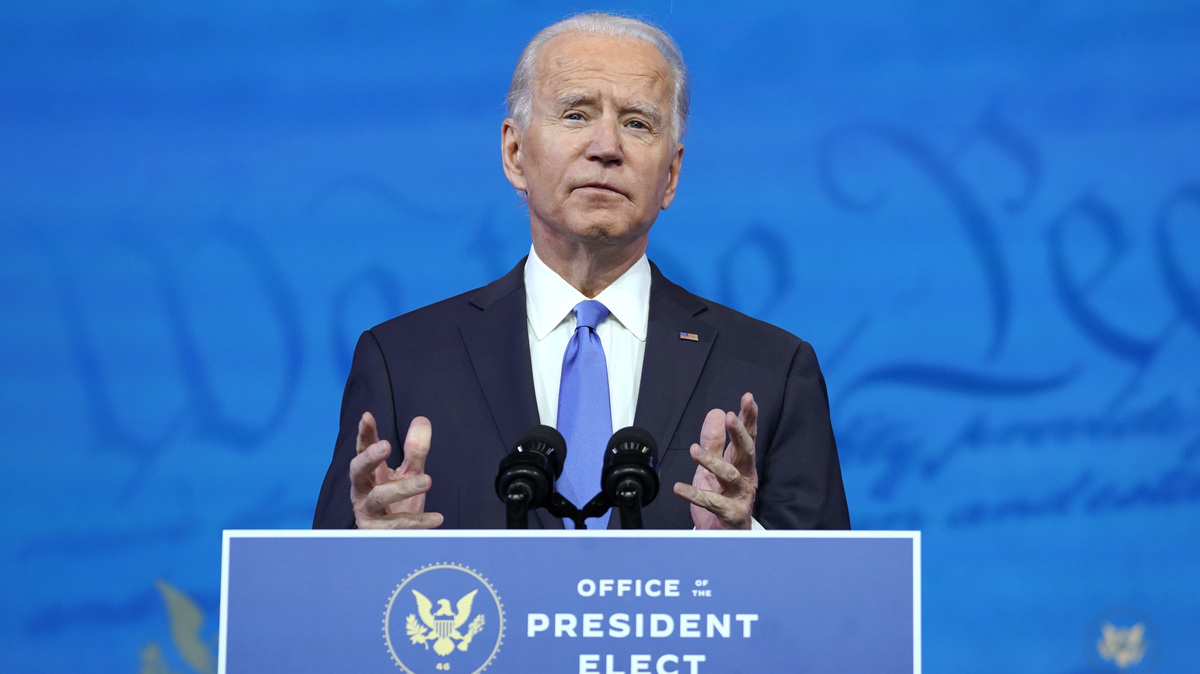 President-elect Joe Biden, here on Monday, says he plans to get vaccinated publicly for the coronavirus.

High-ranking officials, including President-elect Joe Biden and Vice President Pence, are making preparations to get the COVID-19 vaccine, hoping to instill trust and confidence in the vaccine ahead of its widespread distribution as the death toll climbs to new heights.

Biden, who is set to be inaugurated on Jan. 20, said Tuesday it was recommended he get the vaccine "sooner than later" by infectious disease expert Dr. Anthony Fauci, who will become the Democrat's chief medical adviser.

"I want to just make sure we do it by the numbers. When I do it, you'll have notice, and we'll do it publicly," Biden said.

Pence, the outgoing Republican vice president, and his team are discussing options for how and when he will receive a COVID-19 vaccine, an aide to Pence told NPR's Tamara Keith.

Federal Data Reveal Which Hospitals Are Dangerously Full This Week. Is Yours?

President Trump, who has hailed the speed of vaccine development as among his greatest achievements in office, has not publicly said when he plans to be vaccinated.

A 2016 policy on continuity of government protocols provides for executive branch leaders to receive the vaccine quickly, and public health officials have said that public demonstrations of elected leaders getting the vaccine can help Americans hesitant about its safety overcome their fears.

But on Sunday, Trump tweeted: "People working in the White House should receive the vaccine somewhat later in the program, unless specifically necessary. I have asked that this adjustment be made. I am not scheduled to take the vaccine, but look forward to doing so at the appropriate time."

Obama, Bush, Clinton Say They're Willing To Get Coronavirus Vaccine On Camera

When asked Tuesday about the possible timing of when the president might get the vaccine, White House press secretary Kayleigh McEnany would not commit to when he would do so nor whether he would do it publicly.

She said Trump already has antibodies to the virus because of his treatment for COVID-19 in the fall, and he wanted to make sure that front-line health care workers and people who are vulnerable to the virus get the vaccine first.

McEnany said some senior administration officials would get the vaccine publicly, with announcements on that plan coming in the next few days. She said Trump would take the vaccine when health experts and his White House doctor tell him it's appropriate.

A recent poll by NPR/PBS NewsHour/Marist found that 61% of Americans plan to get vaccinated, up from 49% in September.

The Trump administration made a point of fast-tracking vaccine development, and the Food and Drug Administration last week authorized emergency use of the vaccine developed by Pfizer and BioNTech after endorsement by an advisory panel and clinical trials showing 95% effectiveness. The first vaccinations in the U.S. began Monday.

On Tuesday, the FDA reported that a separate vaccine from drugmaker Moderna was 94% effective overall.