Accessibility links
Who Is Brenda Mallory, Biden Pick For Council On Environmental Quality? : Biden Transition Updates Mallory, an Obama veteran, would take the helm at a White House office where she worked as former general counsel. The CEQ is seen as critical to address climate change and environmental equity. 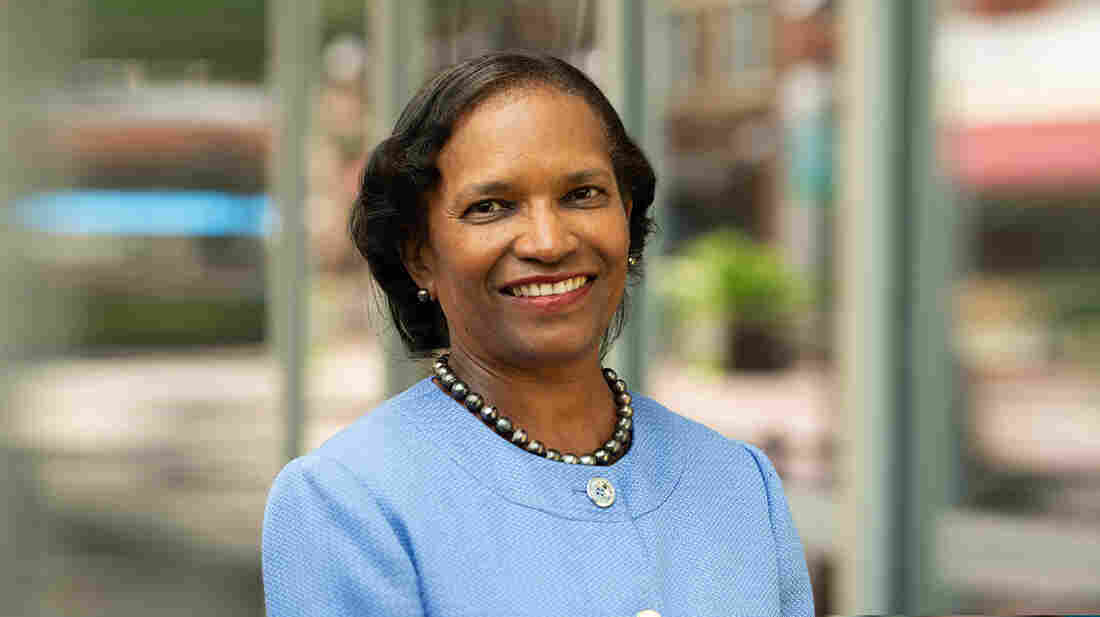 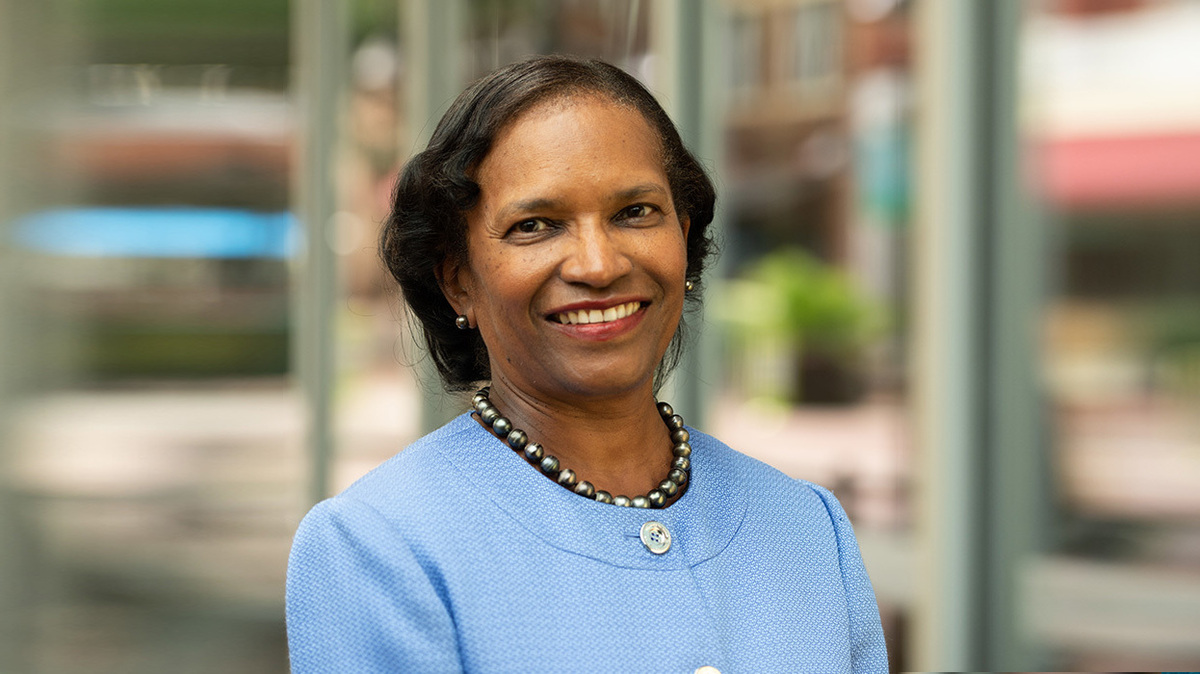 President-elect Joe Biden plans to nominate environmental lawyer and Obama administration veteran Brenda Mallory to run the Council on Environmental Quality, according to a source with knowledge of the decision who spoke on condition of anonymity to protect private conversations.

A wealth of experience

Over a decades-long career, Mallory worked several years at the Environmental Protection Agency, and more recently, as general counsel for the CEQ, the body she would run. She currently is director of regulatory policy at the Southern Environmental Law Center, an advocacy and litigation group.

"She has the experience, knowledge, and people skills to get the CEQ back on track to tackle climate change, environmental protection, and environmental justice," writes University of Colorado Law Professor Sarah Krakoff in an email. "It is a big agenda, both with regard to fixing the damage from the last four years and to moving quickly on unprecedented environmental challenges. Brenda is the ideal person to take on this significant role."

While not as high-profile as the Environmental Protection Agency or the White House climate coordinator, the CEQ could play a critical role in driving Biden's priorities on climate change and environmental justice.

Mallory helped lead The Climate 21 Project, which delivered recommendations for how the Biden administration could enlist the breadth of the government to address climate damage. Their roadmap notes that "the Council on Environmental Quality is best suited to elevate environmental justice to the White House and to lead the agenda on climate change resilience."

The CEQ typically oversees mandatory analyses of the potential environmental impacts of federal infrastructure projects such as highways, pipelines and new buildings. The Trump administration proposed removing many of those review requirements in order to speed up the approval of new projects. The changes were supported by industry groups, including the American Petroleum Institute, the country's largest oil and gas lobby.

But in the aftermath of widespread regulatory rollbacks under President Trump, the CEQ could help lead the effort to restore safeguards and address environmental harms that disproportionately affect Black and brown communities, says Christy Goldfuss, who ran the division from 2015 to 2017 and worked closely with Mallory.

Under the Biden administration, the CEQ could act as a brake on projects that facilitate the burning of fossil fuels, such as major pipelines. The Trump administration took multiple steps to speed up environmental reviews for fossil fuel projects. During the presidential campaign, Biden said he would reverse that.

Returning to a training ground changed by Trump

While general counsel at the White House Council on Environmental Quality, Mallory was responsible for crafting the legal underpinnings of then-President Barack Obama's environmental agenda, determining how to proceed and what the barriers were, Goldfuss says.

Mallory worked on the administration's designation of nearly two dozen national monuments, including the 2016 creation of the Bears Ears National Monument in Utah, according to Goldfuss. She said that Mallory worked with five Native American tribes to whom the area is sacred, not only to determine the monument's boundaries but to be involved in its management. In 2017, Trump slashed the size of the monument's territory by 85%, and this year, finalized the reduction in order to open the land to ranchers and fossil fuel extraction.

If confirmed as the CEQ chairperson, Mallory would have to find a way to reverse the changes the Trump administration made. Biden's plan to "build back better" calls for massive investment in new "green" infrastructure, both to address climate change and create jobs.

But Goldfuss says reimposing clear environmental reviews would mean that this won't worsen greenhouse gas emissions and other kinds of pollution.

Mallory would be joining a climate team that, so far, draws almost exclusively from the Obama administration, and she has worked with several of them in the past. That kind of familiarity could help the CEQ foster the collaborations necessary to get multiple, sometimes fractious federal agencies moving in the same direction on climate change.

Not one to "sit idly by"

Mallory grew up in Waterbury, Conn., where her father was the associate pastor of the Zion Baptist Church. Rev. Thomas Mallory got his daughter a scholarship to Westover, a prestigious all-girls private school. Brenda Mallory then went to Yale University, where she thought she might study child psychology, according to an article in her hometown paper, the Republican-American.

She grew more interested in policy issues over time, her interest stoked in part by working summers with her father when he chaired Waterbury's Human Rights Commission.

"I grew up with that interest in my environment," she told the Republican-American. "I was really interested in civil rights issues and was just getting some experience about how the law and policy can impact changes in that area."

Mallory got her law degree from Columbia University. After leaving the White House in 2017, Mallory and a CEQ colleague, Marna McDermott, formed the Conservation Litigation Project. The Project convened legal academics "to coordinate scholarship and pro bono efforts in support of conservation and environmental protection," law professor Krakoff writes.

In 2019, after President Trump stoked racist chants of "send her back" against Minnesota Rep. Ilhan Omar and other Congresswomen of color, Mallory wrote in a legal blog about her own experiences as Black woman, repeatedly being told that she did not belong, whether she was at a collegiate karate tournament in New Hampshire or at her home in a Maryland suburb.

"I have always viewed my experiences as evidence of isolated pockets of intolerance, with the mainstream arc of justice and equality bending in the right direction," she wrote. "At a time when hateful and divisive rhetoric is growing and spewing from our highest political leaders, it is clear that the journey to our more perfect union and the best ideals for this nation will take more concerted efforts, vigilance, and focus."

She and more than 140 of her African American colleagues from the Obama administration published an op-ed in the Washington Post in response to Trump's "send her back" rhetoric, saying they refused to be marginalized and "sit idly by."

"Expect to hear more from us," the public letter ended. "We plan to leave this country better than we found it. This is our home."