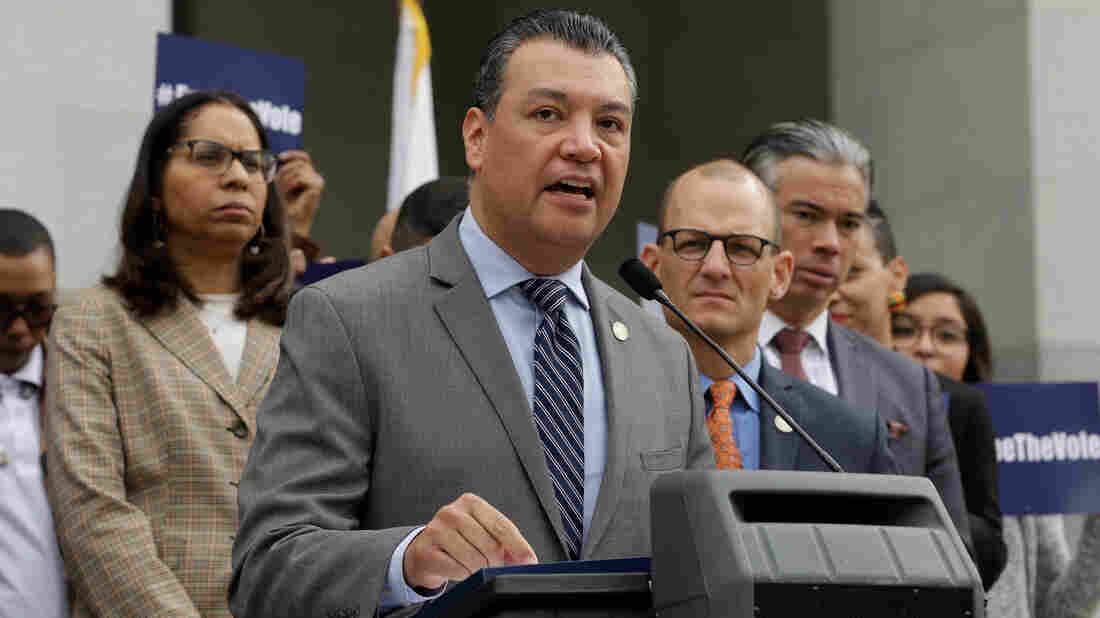 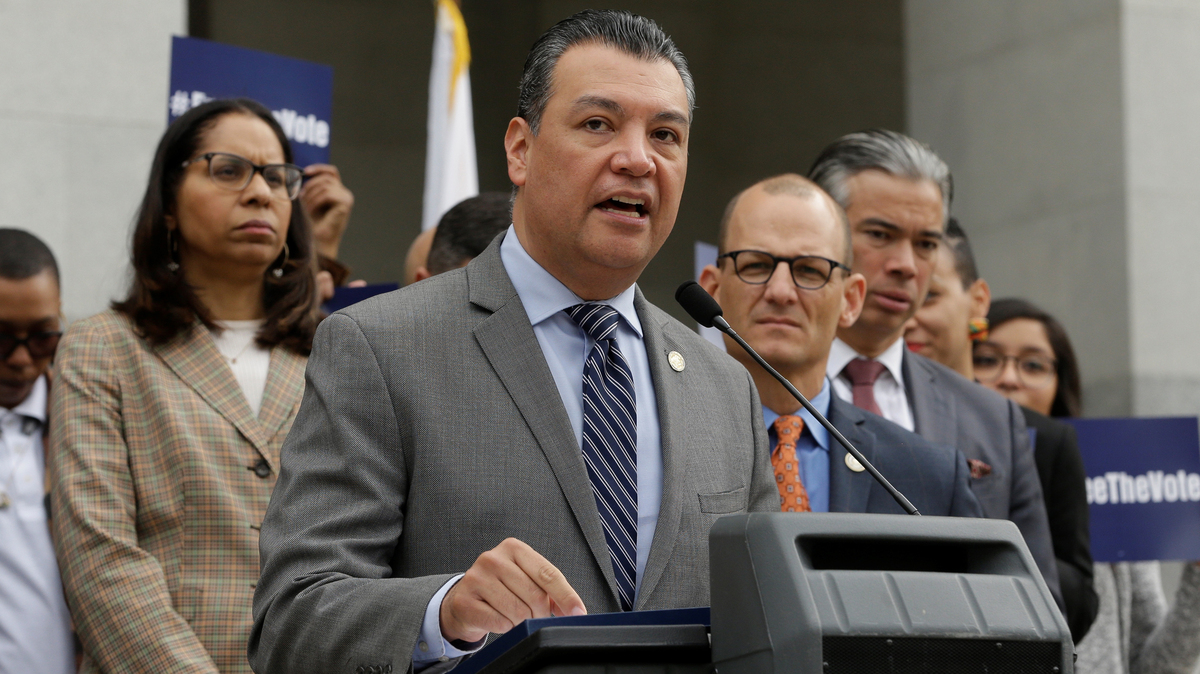 California Secretary of State Alex Padilla appears at a 2019 news conference at the state Capitol in Sacramento.

Padilla, 47, the son of Mexican immigrants, will be the first Latino from the state to hold the position. California is almost 40% Hispanic, according to the U.S. census.

Padilla has been California's secretary of state since 2015. Previously, he was a state senator and Los Angeles city councilman. He holds a bachelor's degree in mechanical engineering from the Massachusetts Institute of Technology.

Newsom was expected to pick Padilla, as they are known to be political allies. While picking Padilla is history-making, Harris was the only Black woman in the U.S. Senate, and Newsom faced some competing pressure in whom he should select. The group Higher Heights, which promotes Black women's power in politics and lobbied Newsom, said the decision was "chipping away at decades of advocacy for the Senate to properly represent the communities that it serves."

Harris was first elected in 2016, so Padilla will fill the seat by appointment until 2022 when an election will be held for the next full six-year term.

Padilla waded into controversy this year, taking on President Trump for his attacks on voting by mail. Padilla, who oversees the voting processes in a state of 22 million registered voters, took the step of mailing ballots to every single person in California.

"Despite what he says, Donald Trump can't cancel it, but he and Republicans are making it too hard for so many to cast their ballots," Padilla said during a speech at the Democratic National Convention during the summer. "And now he's attacking vote by mail to distract and confuse voters."

Back in August, Padilla also told U.S. Postmaster General Louis DeJoy he was "gravely concerned" about changes at the Postal Service.

"I oppose your proposed changes to postal service and pricing as they create unnecessary risk so close to the election and undermine the ability of state and local election officials to administer free and fair elections," Padilla wrote. "I strongly urge you to work with state and local election officials to share and immediately adopt best practices that will help ensure the timely delivery and return of vote-by-mail ballots."

In a press release, Newsom called Padilla "a national defender of voting rights" and put out a glossy video on the appointment.

"Through his tenacity, integrity, smarts and grit, California is gaining a tested fighter in their corner who will be a fierce ally in D.C., lifting up our state's values and making sure we secure the critical resources to emerge stronger from this pandemic," Newsom said in his release. "He will be a Senator for all Californians."

His appointment will make history. But the @AlexPadilla4CA I know is far more interested in changing history -- especially for the working men and women of our state and country.

I can think of no one better to represent the state of California as our next United States Senator. pic.twitter.com/xiAzpTS42Y

Padilla thanked Newsom for the appointment in the release and added, "From those struggling to make ends meet to the small businesses fighting to keep their doors open to the health care workers looking for relief, please know that I am going to the Senate to fight for you. We will get through this pandemic together and rebuild our economy in a way that doesn't leave working families behind."