Accessibility links
Why Biden's National Security Adviser Plans To Focus On The U.S. Middle Class : Biden Transition Updates "The work that we do abroad fundamentally has to connect to making the lives of working people better, safer, fairer" in America, Jake Sullivan tells NPR in an interview. 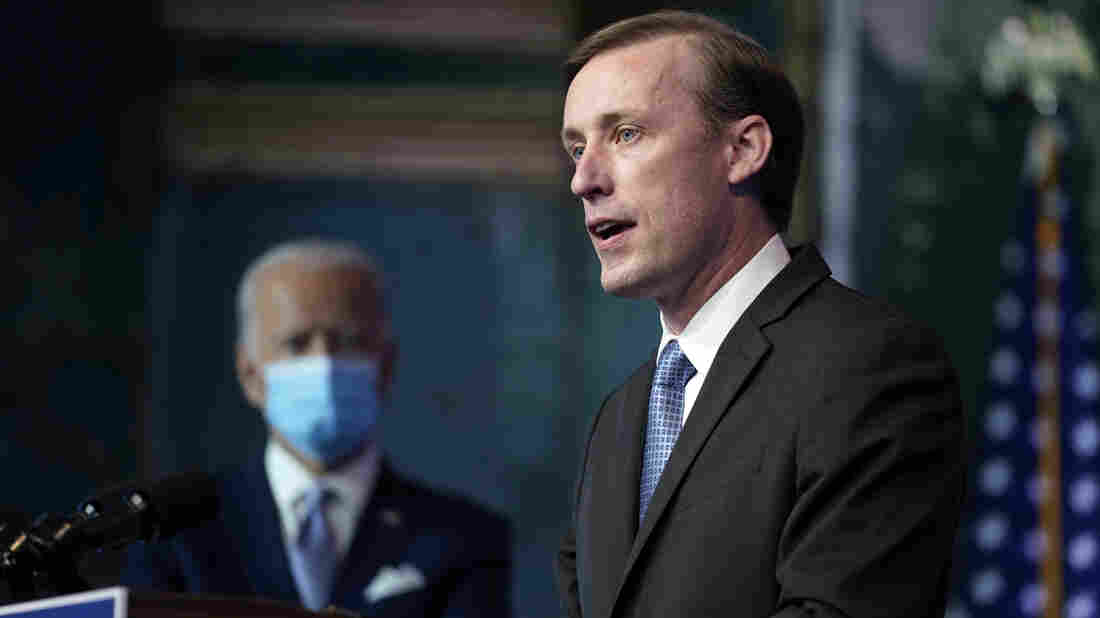 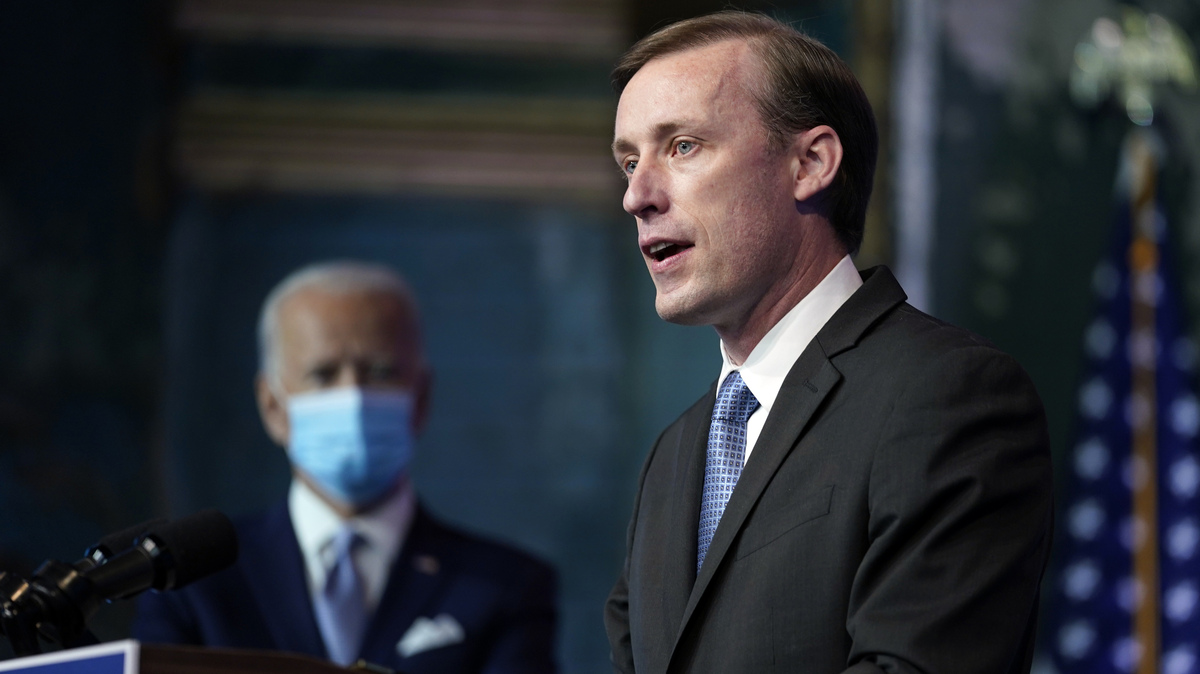 President-elect Joe Biden talked a lot about this close connection between domestic and foreign policy during the presidential primary, often using near-identical language as Sullivan's. And Biden wasn't alone among the Democratic presidential contenders. The call for closer ties between domestic policies and what's happening around the world has become an increasingly central theme of the party's foreign policy debates.

Sullivan has played a leading role in this reorientation. He was a top staffer to Secretary of State Hillary Clinton in the Obama administration before later serving as then-Vice President Biden's national security adviser. Sullivan was a senior policy adviser to Clinton's 2016 campaign and therefore had a front-row seat to her surprise loss to a candidate who ran on a nationalist and isolationist platform.

Since then, Sullivan has repeatedly written and spoken about the need to put America's middle class at the center of foreign policy debates and decision-making.

So, with just three weeks to go before Biden is sworn into office and Sullivan begins occupying a key role in shaping U.S. engagement abroad, I (virtually) sat down with him to discuss the reasons behind that focus, and what it might look like as the Biden administration begins implementing its policies.

Sullivan has been frank about the fact that, as he says, the Obama administration didn't do enough to tie foreign initiatives to domestic concerns — particularly when it came to economic policies.

I asked Sullivan whether that lack of focus on the American middle class opened the door to Trump's nationalism.

"What produced Donald Trump was a broad amalgam of factors, and so I wouldn't point to any one thing," he said. "But I would say this — I believe that the fact that we did not elevate and center middle-class concerns in our foreign policy and national security meant that we were not delivering for the American people as well as we should have, that we can learn from that, and then we can do better as we go forward."

Looking forward, he sees the focus — along with a return to more engagement with global allies — as "a more decisive and sustained rebuttal to Trumpism, by showing that engagement in the world ... can deliver the kinds of tangible results — by protecting people from pandemics, reducing the worst effects of climate change, increasing the protection against the kinds of abuses we see from China and other economic actors. We can do these things."

"What Joe Biden is proposing, and what I am reinforcing as the national security adviser, is that every element of what we do in our foreign policy and national security ultimately has to be measured by the impact it has on working families, middle-class people, ordinary Americans here in the United States," Sullivan said.

How will this affect policymaking? Sullivan pointed to China, and the way the Trump administration approached a trade war that escalated to aggressive tariffs.

"What were their negotiating priorities? What did they push for?" he asked, referring to the Trump administration. "Well, one of the things they pushed for was access for major U.S. financial institutions to do business in China. And the question I would pose is, what does that have to do with jobs and wages here in the United States, making it easier for the likes of JPMorgan or Goldman Sachs to, to be able to carry out financial activities in Beijing or Shanghai?"

Biden recently told The New York Times that he won't immediately revoke Trump's tariffs on China. I asked Sullivan whether that amounts to a concession that Trump's policies gave the U.S. leverage. Here's his response:

"Well, the president-elect has said from the beginning of this campaign that in order to get China to change its abuses, we do need to build up leverage. We just have to do it the right way, by investing in our sources of strength. So [Biden's] objection to Donald Trump was not trying to seek leverage against China. It was doing it in a way that actually hasn't produced results.

"And one of the major examples of that is that the United States has gone it alone in its trade fight with China, rather than rallying other like-minded democracies, other market economies that collectively comprise 50[%] to 60% of the world's economy, where if we got all of them lined up and went to China with a common agenda to say, 'We won't accept these subsidies, this intellectual property theft, this dumping,' we would be in a position to get China to either change its behavior, or we could collectively impose costs on China for not doing so."

Sullivan and other incoming Biden administration officials have repeatedly signaled they will pressure China on trade, human rights, intellectual property theft and other areas of disagreement — even as they seek to work alongside the fellow global power to confront climate change.

These areas, Sullivan said, are prime examples of how he and other Biden officials will view decisions through that middle-class framework.

"The United States is going to ensure, for example, that we have the kind of free and open Internet where people can engage in commerce and speak freely and not have to worry about surveillance by foreign authoritarians, or not have to worry that the businesses that they either work for, or purchase from, are having to change their practices in fundamental ways to conform to the authoritarian tendencies of other governments. Those are things that affect Americans," he said.

"You know, there was an example from [2019] of where China tried to basically censor the National Basketball Association, the NBA," he said.

Chinese authorities cracked down on the distribution of Houston Rockets games within the country's borders after the team's general manager expressed support for pro-democracy protests in Hong Kong.

"Now, that's not on the same scale and scope as COVID-19, not even in the same sport, let alone the same ballpark," Sullivan said. "But it's the kind of example of where, if we do not speak out on behalf of our values and our way of life, it gets chipped away at in ways that end up encumbering and having an impact on American families and American communities."