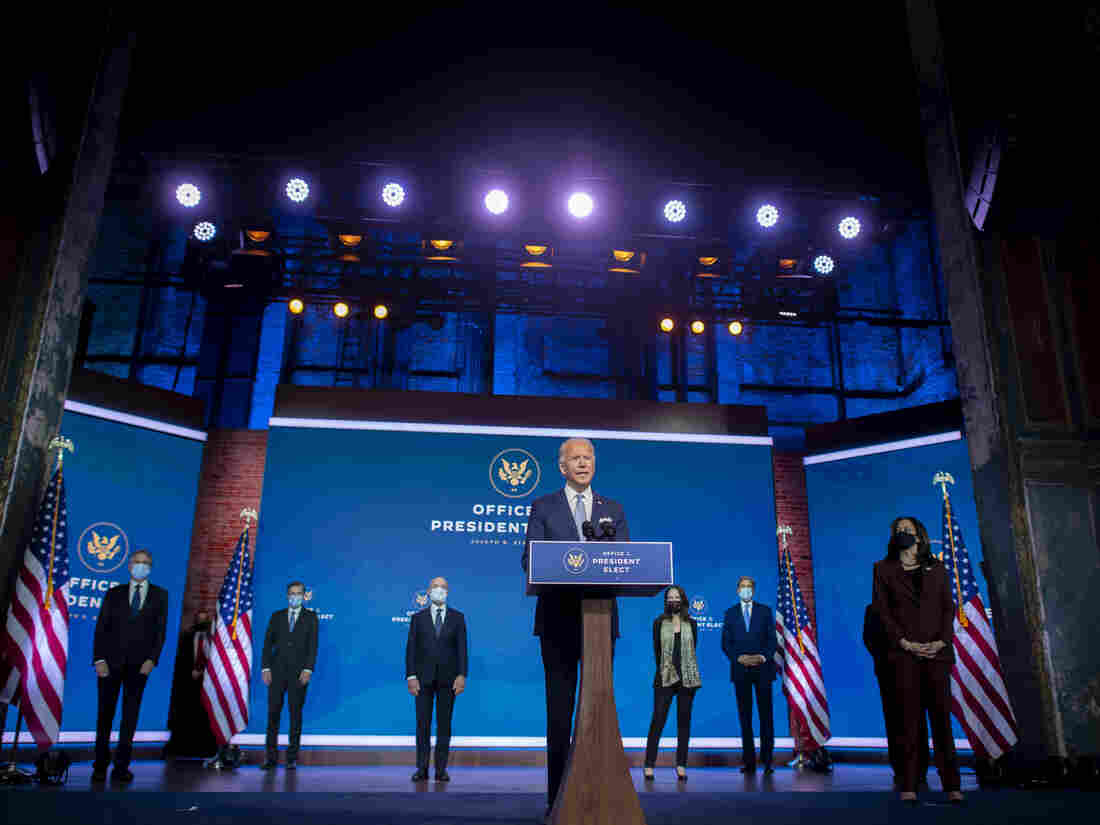 President-elect Joe Biden named his top national security officials in November. On Friday, he filled out his list of aides for the National Security Council. Mark Makela/Getty Images hide caption 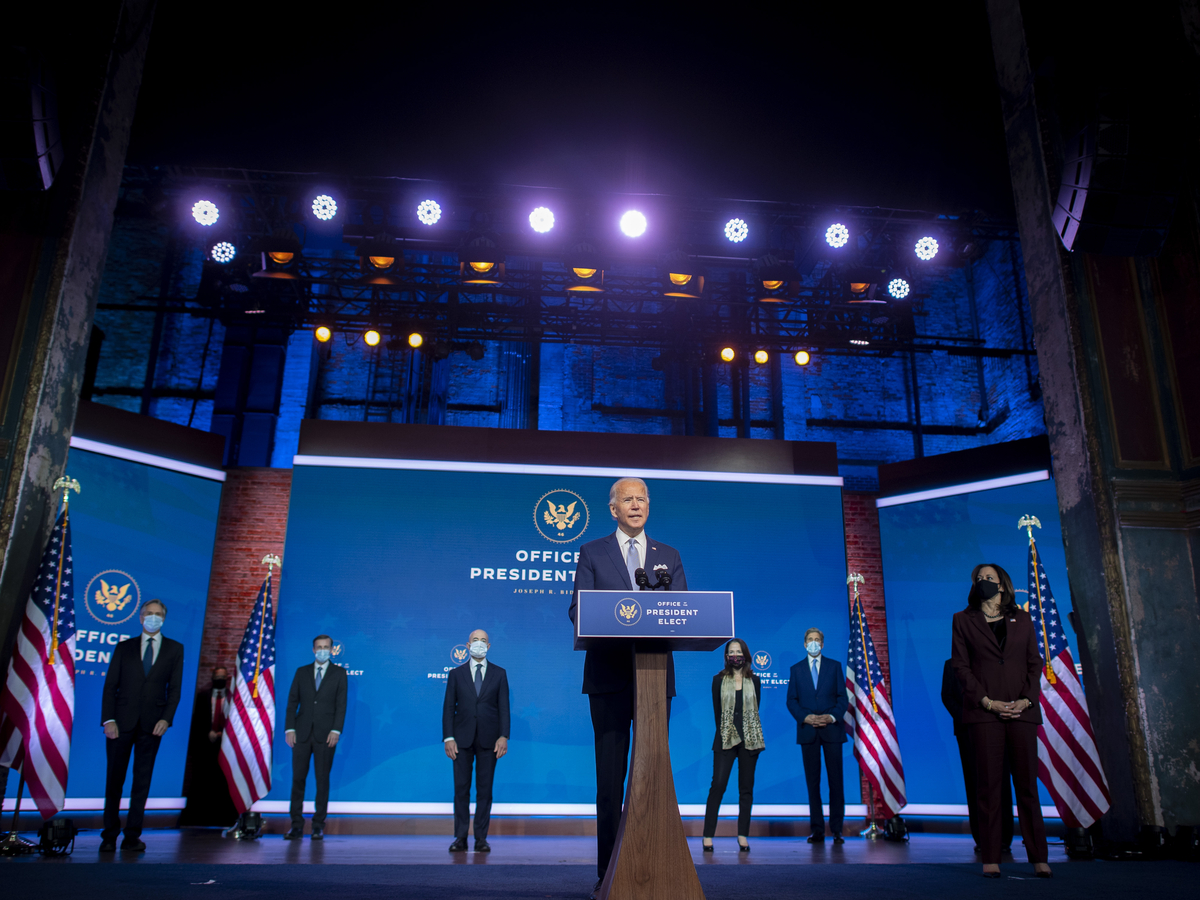 President-elect Joe Biden named his top national security officials in November. On Friday, he filled out his list of aides for the National Security Council.

President-elect Joe Biden announced a big slate of key players for his National Security Council, the White House team that will advise him on foreign policy and security issues when he takes office on Jan. 20.

Meanwhile, more members of the current NSC resigned, citing the insurrection at the U.S. Capitol on Wednesday.

Biden's team includes some familiar names, including Brett McGurk as coordinator for the Middle East. McGurk was a top adviser to President Trump but resigned in 2018 when Trump pulled forces from Syria. He also advised President Barack Obama on Islamic State militants. Earlier in his career, McGurk worked in President George W. Bush's NSC.

Other key members: Amanda Sloat as senior director for Europe, and Juan Gonzalez, returning to the White House to work on Western Hemisphere issues.

The 21 appointees comes as a growing number of current NSC officials in the Trump White House leave their posts.

The departures follow those of Matt Pottinger, the deputy national security adviser, and Ryan Tully, the senior director for European and Russian affairs, who earlier told associates they were resigning following the violence.

Trump's national security adviser, Robert O'Brien, had dramatically trimmed the ranks of the NSC in the past year, saying it had become bloated under Obama.

The Biden team has made clear it plans to rebuild portions of the NSC. On Friday, he named Beth Cameron to return and lead the reformed directorate for global health security and biodefense, which had been disbanded.