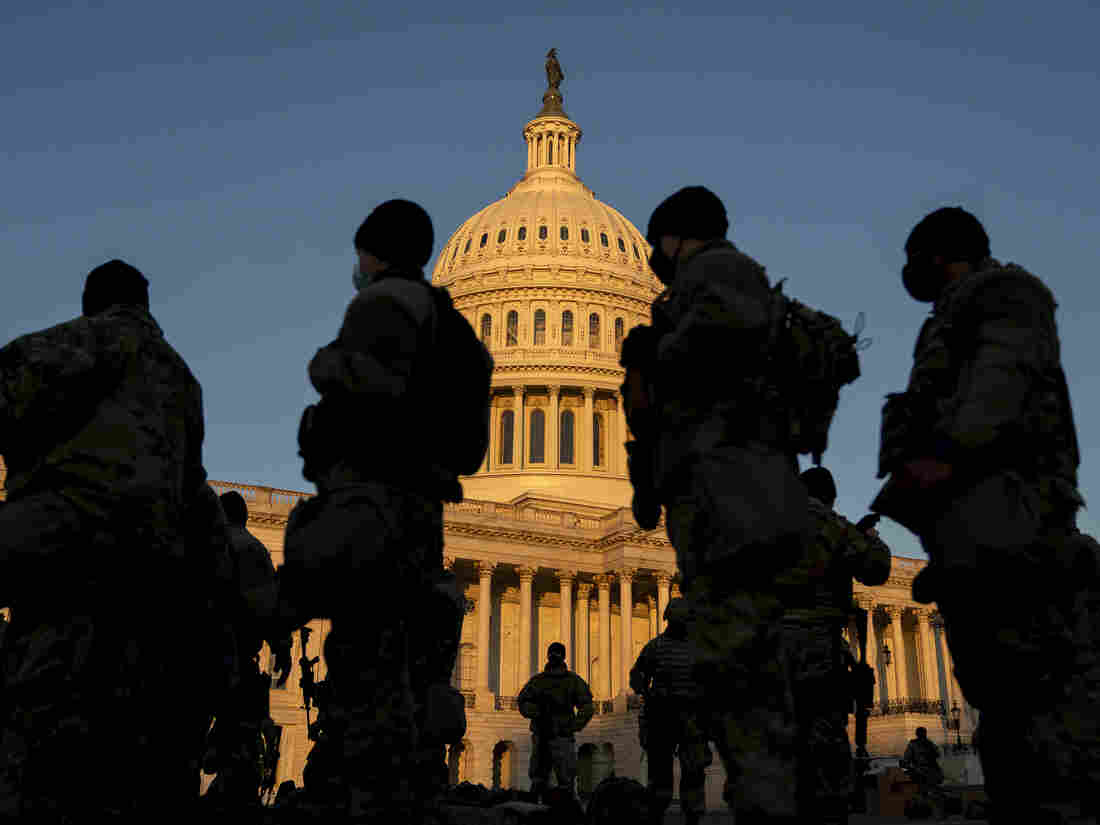 Members of the National Guard gather outside the U.S. Capitol — part of a massive boost to security after the riot last Wednesday, and leading up to Inauguration Day. Stefani Reynolds/Getty Images hide caption 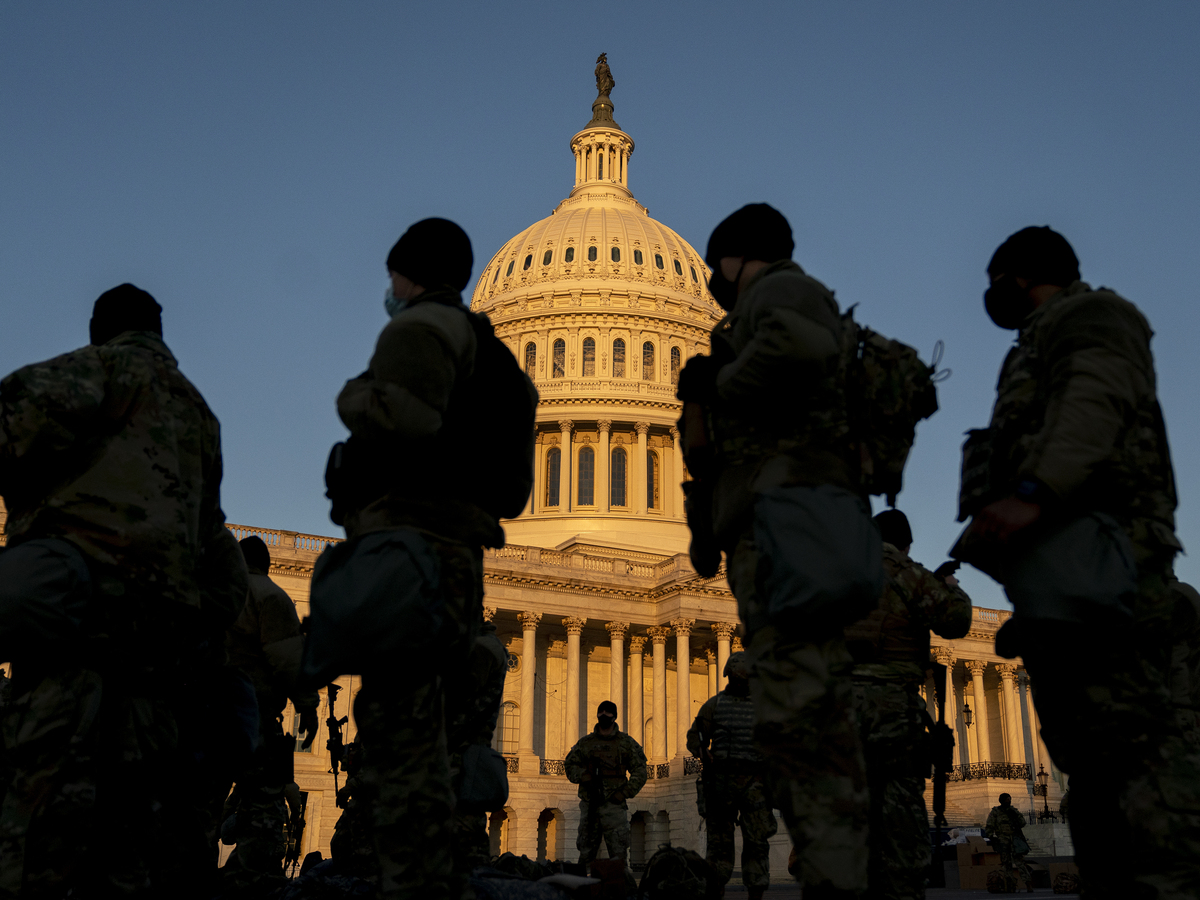 Members of the National Guard gather outside the U.S. Capitol — part of a massive boost to security after the riot last Wednesday, and leading up to Inauguration Day.

President-elect Joe Biden on Wednesday added three experts to his National Security Council to advise him on homeland security and cybersecurity — two sprawling issues he will grapple with given the aftermath of the attack on the Capitol, and the recent widespread hack into government networks and private companies.

President Trump's national security adviser Robert O'Brien had trimmed the homeland security position from the NSC. But Biden will add it back, putting Elizabeth Sherwood-Randall in the top job, and Russ Travers as her deputy.

Sherwood-Randall was former President Obama's deputy secretary of energy, and has focused on military and nuclear policy during her career. Travers spent 42 years in the intelligence community, including in top jobs at the National Counterterrorism Center.

Biden also added a new position at the NSC focused specifically on cyber and emerging technology, putting Anne Neuberger in that post. She is currently the National Security Agency's director of cybersecurity.

The federal government is still assessing the full impact of the massive SolarWinds computer breach discovered late last year that exposed a number of U.S. agencies to hackers.

Meanwhile, federal authorities continue to investigate and arrest rioters who took over the Capitol last week, killing one police officer. The FBI has issued a warning about protests and violence in state capitols ahead of Inauguration Day. Biden has been briefed on the threat, his officials said, and has urged the Senate to quickly confirm his Cabinet members to ensure a smooth transition.

Dan Charles contributed to this report