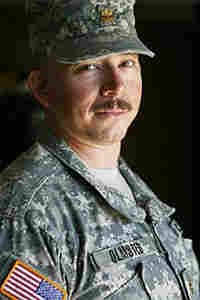 Blogger and soldier Andy Olmsted was killed yesterday in Iraq. Olmsted had been writing for the Rocky Mountain News. He'd left behind a final blog post with a friend just in case:

I suppose I should speak to the circumstances of my death. It would be nice to believe that I died leading men in battle, preferably saving their lives at the cost of my own. More likely I was caught by a marksman or an IED. But if there is an afterlife, I'm telling anyone who asks that I went down surrounded by hundreds of insurgents defending a village composed solely of innocent women and children. It'll be our little secret, ok?

Whether you'd read anything by him before or not -- I hadn't -- it's worth a few minutes of your time.