Accessibility links
Next Up for the Book Club: 'Petropolis' : The Bryant Park Project Jump into the next selection!

Next Up for the Book Club: 'Petropolis'

Next Up for the Book Club: 'Petropolis' 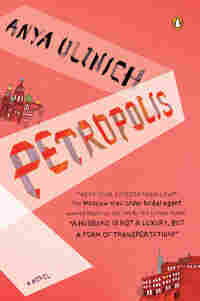 I first heard of Anya Ulinich when I saw her read at a literary conference last winter, as one of the National Book Foundation's "Five Under 35." What I heard there--part of an unpublished short story--made me want much, much more.

Fortunately, as I discovered, Ulinich's debut novel, Petropolis, is every bit as funny, smart, moving and surprising as the story she read from that day. In the novel, Ulinich, who emigrated from Russia to America with her family when she was 17, tells the story of another immigrant -- Sasha Goldberg. Sasha is part-black and part-Jewish, a misfit in the industrial Siberian town where she grows up, Asbestos 2, and equally a misfit in the US, where she comes as a mail-order bride.

But I don't want to give away too much. Get the book. It's out in paperback and Kindle. I can't wait to read it with you.

Bonus:
An autobiographical essay by Ulinich from the New York Times.
Sign up for BPP Book Club alerts.