This post has nothing to do with the fact that we're being run out of the building. 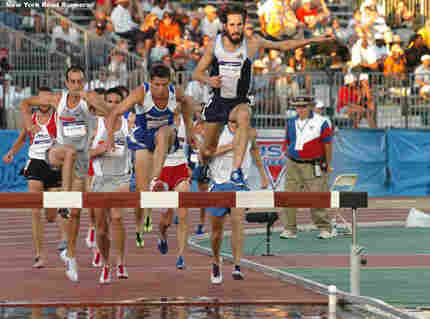 One thing we didn't get the chance to air is Mike Pesca's interview with U.S. Olympic Steeplechaser Anthony Famiglietti. Fam, as he's known, is a real running hero of mine. He always seems to run with real guts; he goes as fast as he can regardless of what everybody else on the track is doing. That's what he did at the Olympic Trials in Oregon a few weeks back, and he won the race by a ridiculous margin. Here's Mike's interview: