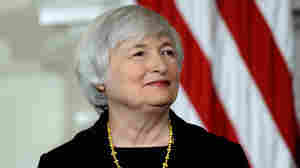 January 31, 2014 • The world of central banking is largely a man's world. But Janet Yellen, the Federal Reserve's new leader, has been undeterred by such barriers since she was in high school in Brooklyn. Now global financial markets will be watching her every move. 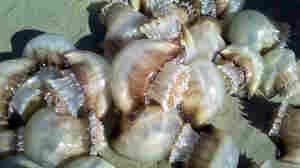 Cannonball jellyfish soak up the sun on a South Carolina beach. Fishermen are now pursuing the pest that used to clog their shrimping nets. Courtesy of Steven Giese hide caption

Southern Fishermen Cash In On Asia's Taste For Jellyfish

January 31, 2014 • After the worst year for shrimping in recent memory, fishermen in the Southeast U.S. say they're thankful to catch jellyfish for the Asian market. But conservationists say the expanding jellyfish fishery is a sign of the ocean's decline.

Obama Hosts Business Leaders, Hopes They Change How They Hire

January 31, 2014 • President Obama is hosting business leaders at the White House in order to discuss possible solutions to long-term unemployment. The president says that he hopes for companies to revise their hiring practices, which often appear to be stacked against those who have been unemployed for six months or more.

Obama Hosts Business Leaders, Hopes They Change How They Hire 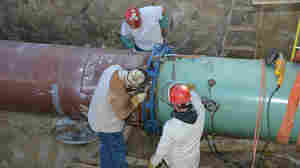 January 31, 2014 • The report concludes that the production of Canada's tar-sand crude, which causes more greenhouse gases than other forms, won't be affected if the pipeline moves forward. 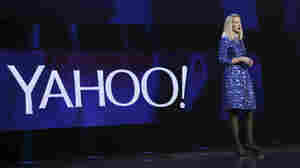 Yahoo Says Email Accounts Were Hacked But Not How Many

January 31, 2014 • The company, which provides the world's second-largest email service, says "the list of usernames and passwords that were used to execute the attack was likely collected from a third-party database compromise." 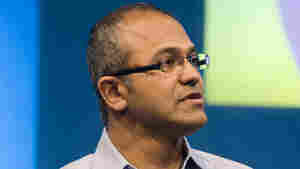 Satya Nadella, who's reportedly in line to be Microsoft's next CEO. Stephen Brashear/AP hide caption

January 31, 2014 • CEO Steve Ballmer announced last summer that he would be retiring. The search for a successor may be coming to an end. News outlets report that one of Microsoft's executive vice presidents is in line to take over. There's also word that co-founder Bill Gates may be replaced as chairman of the company's board.

January 31, 2014 • Animal Planet airs its 10th Puppy Bowl Sunday. The show and its kitten halftime program have attracted millions of viewers in recent years. The Puppy Bowl will have some extra star power this year.

Toyota Has Recordbreaking Output In 2013

January 31, 2014 • The Japanese automaker produced slightly more than 10 million cars in 2013. The record output was due largely to high demand from car dealers and showrooms in China and the U.S.

Toyota Has Recordbreaking Output In 2013

Obama: We've Got To Move Away From 'Train And Pray'

January 31, 2014 • President Obama hosts a gathering of corporate executives at the White House Friday. He'll be encouraging CEOs to offer a second chance to job applicants, especially if they've been out of work for six months or more. Opening doors for the long-term unemployed is one of the ideas the president talked about in his State of the Union speech this week.

Obama: We've Got To Move Away From 'Train And Pray' 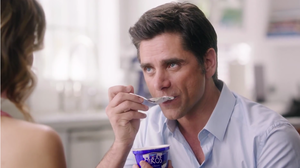 January 31, 2014 • Advertising during the big game is traditionally the realm of beer, chips and soda. But better-for-you foods will also make a play for viewers' wallets this year. Expect clever ads pitching nuts, yogurt and whole grain cereals. 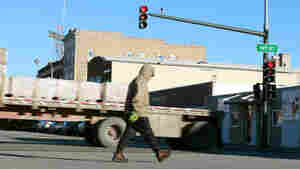 The small streets of Williston, N.D., are bustling with trucks early in the morning. Annie Flanagan for NPR hide caption

Commuting To Distant Oil Fields: Good Money, At A Price

January 31, 2014 • With thousands of oil-related jobs in western North Dakota, some of the region's new workers are putting down roots. But many more commute from states where jobs are hard to come by — and that can mean being separated from spouses and children for weeks at a time.

Commuting To Distant Oil Fields: Good Money, At A Price 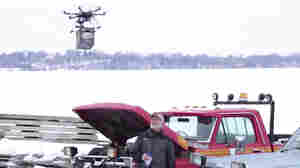 A video showing beer being delivered to ice fishermen on a frozen lake became a hit this week — but the FAA says Lakemaid Beer's drone days are over, for now. YouTube hide caption

Beer Drone Can Buzz The Skies No More, FAA Says

January 30, 2014 • Lakemaid calls itself the fishermen's lager. It had been testing using drones to deliver beer to anglers in thousands of ice shacks, from the frozen northern lakes' combination bait and beer shops. 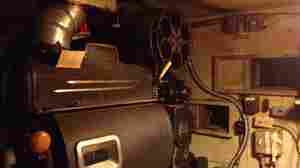 The Roxie Theater in San Francisco still has two 35 millimeter projectors, but the switch to digital is inevitable. Laura Sydell/NPR hide caption

January 30, 2014 • Paramount became the first big studio to distribute a major film in the U.S. only in digital, and others will probably follow. Small cinemas are struggling to raise money for the transition. Despite resistance from some major directors, the end of film is almost upon us. 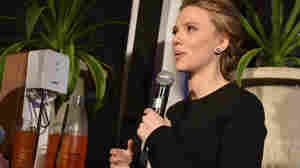 Scarlett Johansson recently became SodaStream's spokeswoman and appeared at an event at the Gramercy Park Hotel on Jan. 10 in New York City. The actress soon found herself engulfed in controversy because of her affiliation with a company that has a factory in a Jewish settlement in the West Bank. Mike Coppola/Mike Coppola/Getty Images for SodaStream hide caption

January 30, 2014 • Johansson has stepped down as a representative for Oxfam International. She was criticized after agreeing to act as spokeswoman for SodaStream, an Israeli company stationed in the occupied West Bank.