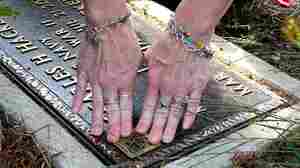 Lorie Miller affixes a QR code to her grandparents' gravestone. Miller and her husband are launching a business that will supply QR tags and maintain a website featuring the deceased. Emma Lee/Newsworks hide caption

September 29, 2012 • A couple in Philadelphia is reinventing gravesite memorials. Using the popular QR code technology, they've developed a business in which mourners can digitally connect to their loved ones with a scan of a smartphone. 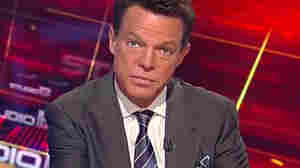 Shepard Smith apologized to viewers Friday afternoon, after his show aired live footage of a man who fled police and then shot himself. Fox News hide caption

September 28, 2012 • After inadvertently airing live coverage of a car chase that ended with a man's suicide, Fox News has issued an apology to its viewers. The incident occurred as the cable network carried a live feed of a man fleeing police.

September 28, 2012 • Apple has apologized for it new map software which has led to a flood of customer complaints. The company dropped the popular Google maps app for its own version on the iPhone 5. CEO Tim Cook said the company "is extremely sorry for the frustration this has caused our customers." He said Apple's map application will improve and that customers can download alternatives in the meantime.

Bank Of America To Pay $2.43 Billion In Settlement

September 28, 2012 • The bank said Friday it will pay $2.43 billion to settle a lawsuit related to its purchase of Merrill Lynch in 2008 at the height of the financial crisis. Investors who owned Bank of America stock at the time brought the class-action suit, claiming bank officials made false statements about the health of both companies at the time of the merger. Bank of America denied the allegations.

Bank Of America To Pay $2.43 Billion In Settlement 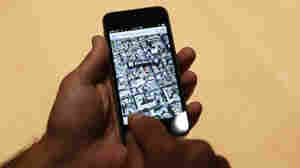 Will it take you where you want to go? A new iPhone 5 and Apple's new mapping software. Beck Diefenbach /Reuters /Landov hide caption

September 28, 2012 • Faced with a "public relations disaster," the company is even suggesting that while it works out the bugs customers can use Google Maps instead. 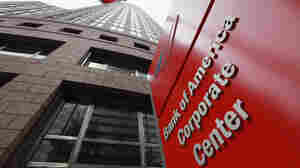 September 28, 2012 • Disgruntled investors alleged that the bank misled them about its acquisition of Merrill Lynch. The bank has not admitted doing anything wrong, but is moving to put the lawsuit behind it. 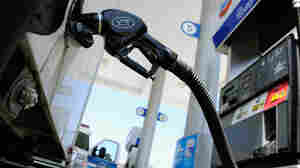 Income And Spending Both Basically Flat In August

September 28, 2012 • Spending went up, but largely because gasoline cost more — not due to stronger demand.

September 28, 2012 • The convenience store chain is allowing customers to choose: coffee in a blue cup for President Obama, or a red cup for Mitt Romney. And for the undecided, or those just indifferent to politics, they can request a plain cup. The company tabulates the choices at the register and results are posted daily on its 7-Election website.

September 28, 2012 • Europe has offered Spain up to $125 billion to recapitalize its banks. Shoring up its banks is one step Spain is taking to prevent economic collapse. The other step is to slash more than $50 billion from its budget to get spending down within legal limits set by the E.U.

September 28, 2012 • PNC Bank says its website is the latest victim of a denial of service attack. Users who tried to access the bank's websites had trouble loading the pages, or couldn't get into their accounts. But officials say the accounts were not compromised. 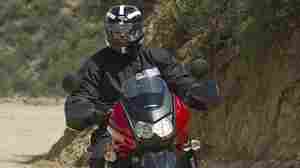 September 28, 2012 • Central banks in the U.S., Japan and Europe are easing credit, putting more money into the global economy. Some economists see these actions as necessary and appropriate. Others warn that it may actually restrict the flow of cash.

September 28, 2012 • The report from the National Association of Colleges and Employers says hiring for the upcoming class of graduates will jump 13 percent from a year ago. But the improvement won't get the job market for new grads back to where it was before the recession. 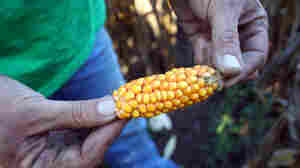 With far less than half of their normal corn yield, the Ulrich brothers are relying in part on government-subsidized crop insurance to keep their farm afloat. Frank Morris/KCUR hide caption

September 27, 2012 • After the Midwest's driest summer in decades, farmers are assessing their losses and gains. Despite the hit many farms took, the Agriculture Department predicts record high farm income this year, thanks to higher prices and federally subsidized crop insurance. 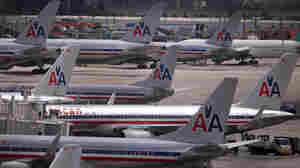 September 27, 2012 • It hasn't exactly been a barrel of fun flying American Airlines lately. The carrier, which is in bankruptcy, is in a bitter contract dispute with its pilots union. Its on-time performance has plummeted while cancellations are way up. Meanwhile, some of American's best customers are rethinking their loyalty.