Accessibility links
Show Me The Money In Your Lunar New Year Envelope : Code Switch Envelopes filled with money are traditionally given to children for the Lunar New Year in Chinese, Korean, Vietnamese and other Asian immigrant families. The married adults who usually give them out face a perennial question: How much money should I give? 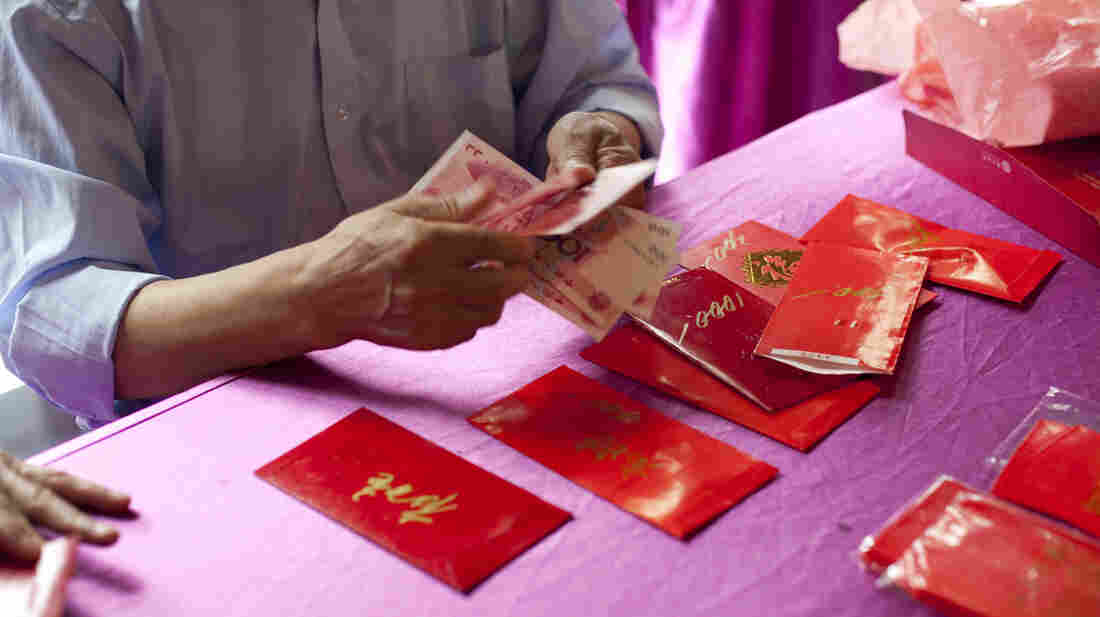 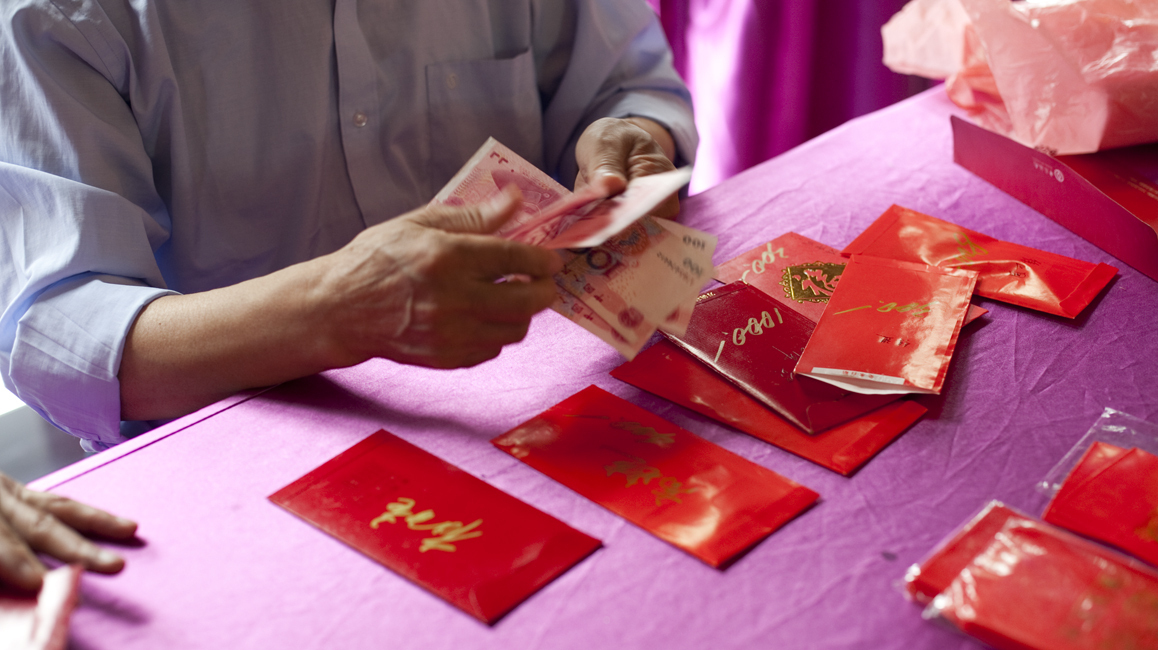 Many Chinese, Vietnamese, Korean and other Asian immigrant families are preparing to celebrate the Lunar New Year by filling small envelopes with money.

Exchanging cash gifts with relatives and friends is an annual holiday tradition that can test one's cultural knowledge and, sometimes, bank account.

In traditional Chinese culture, that means they're now adults, and with adulthood comes certain financial responsibilities, including giving out money for Lunar New Year.

"We have church friends' kids and co-workers' children to give [Lunar New Year envelopes]," Dai says.

"And a lot of unmarried people, too!" her husband adds.

For Kwai, Lunar New Year is Thanksgiving and Christmas wrapped into one. It brings together relatives they haven't seen all year for a Thanksgiving-like feast.

And, he says, "It's Christmas because the kids get money!"

The question facing the newlyweds is, exactly how much money should they give for the Lunar New Year?

It's a question Helen Koh, executive director of New York City's Museum of Chinese in America, has discussed with friends and colleagues who celebrate Lunar New Year.

Koh says it all depends on who's giving and who's receiving — and, of course, how deep your pockets are.

All In The Numbers

Still, combine money with family and holiday rituals, and things can get awkward, especially across different generations.

"Anytime when these traditions come up," says Peggy Moy Mark, 34, a second-generation Chinese immigrant living in Chicago, "I'm always really nervous of whether I'm going to get it right."

Mark wasn't sure which dollar bills to put in her first round of Lunar New Year envelopes. But she knew the number matters, and she knew exactly whom to call for answers — her mother.

But she cautions, "We never use number four."

The number four, spoken in Chinese using a different tone, can easily sound like "to die" — not the kind of message you would want to send to a loved one at the beginning of a new year.

A better option, Moy says, would be the number eight, which in Chinese culture brings good fortune.

For their first Lunar New Year as newlyweds, Kwai and Dai have budgeted $500 for cash gifts to about 50 children, plus friends and family.

Kwai promises if you're close to him, he'll put a little extra in your envelope.