Accessibility links
How Code-Switching Explains The World : Code Switch The way we mix languages and speech patterns is an apt metaphor for the way race, ethnicity and culture intersect in our lives. Introducing our new blog, Code Switch. 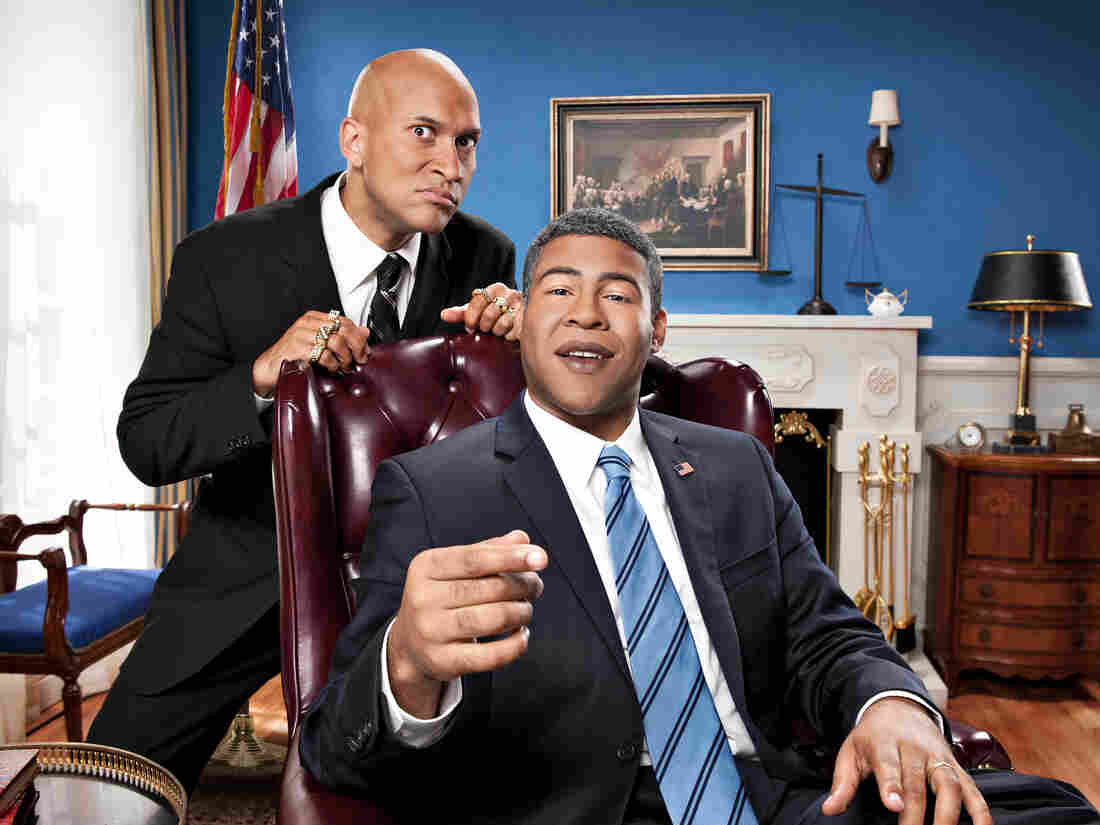 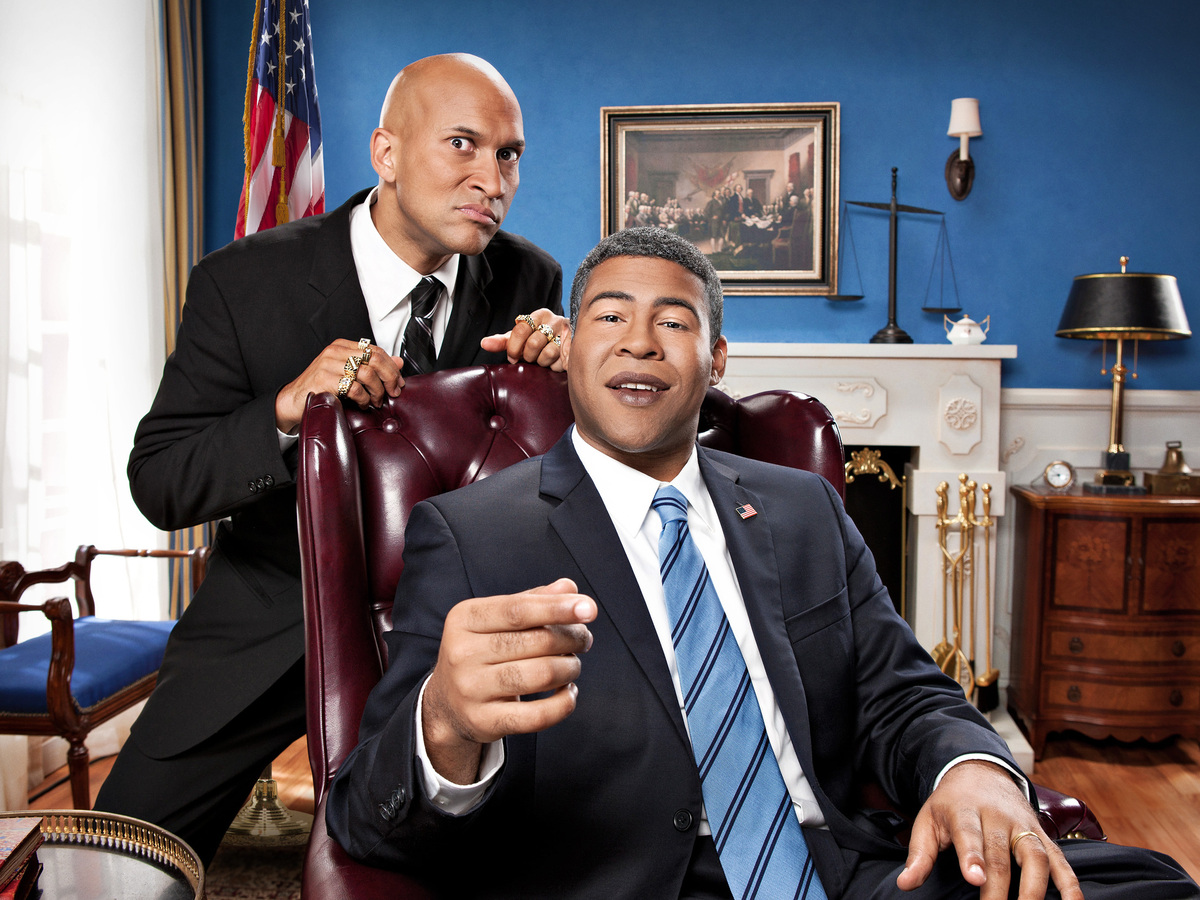 So you're at work one day and you're talking to your colleagues in that professional, polite, kind of buttoned-up voice that people use when they're doing professional work stuff.

Your mom or your friend or your partner calls on the phone and you answer. And without thinking, you start talking to them in an entirely different voice — still distinctly your voice, but a certain kind of your voice less suited for the office. You drop the g's at the end of your verbs. Your previously undetectable accent — your easy Southern drawl or your sing-songy Caribbean lilt or your Spanish-inflected vowels or your New Yawker — is suddenly turned way, way up. You rush your mom or whomever off the phone in some less formal syntax ("Yo, I'mma holler at you later,"), hang up and get back to work.

Then you look up and you see your co-workers looking at you and wondering who the hell you'd morphed into for the last few minutes. That right there? That's what it means to code-switch.

You're looking at the launch of a new team covering race, ethnicity and culture at NPR. We decided to call this team Code Switch because much of what we'll be exploring are the different spaces we each inhabit and the tensions of trying to navigate between them. In one sense, code-switching is about dialogue that spans cultures. It evokes the conversation we want to have here.

Linguists would probably quibble with our definition. (The term arose in linguistics specifically to refer to mixing languages and speech patterns in conversation.) But we're looking at code-switching a little more broadly: many of us subtly, reflexively change the way we express ourselves all the time. We're hop-scotching between different cultural and linguistic spaces and different parts of our own identities — sometimes within a single interaction.

When you're attuned to the phenomenon of code-switching, you start to see it everywhere, and you begin to see the way race, ethnicity and culture plays out all over the place.

You see it in the political world. In January 2009, then-President-elect Obama went to Ben's Chili Bowl, a famous eatery in a historically black D.C. neighborhood. When the (black) cashier asks him if he needs change, Obama replies, "nah, we straight."

(You also might have peeped the gif of President Obama offering a conventional handshake to a white assistant coach for USA's Olympic basketball team before immediately dapping up Kevin Durant, one of the team's stars, and greeting him with "My man!" )

You see code-switching in parenting. The blog SpanglishBaby is run by two mothers who are trying to raise their kids to be fluent in both Spanish and English. Among the concerns they address: "Is Your Bilingual Kid Mixing Languages?" When you watch young multilingual kids code-switching between three languages, it looks almost like a superpower:

This young boy's mother addresses him in Indonesian while his father talks French. He mixes in a little English as well.

(A little closer to home: I knew growing up that if my mom answered the phone and used her professional voice that she was probably talking to a stranger, that it was an adult, and that if she were doing this while looking in my direction, I was probably in trouble for something.)

And of course, you see code-switching all over pop culture. In February, the famously opaque Beyoncé released an HBO documentary that promised her fans never-before-seen access to her life, and proceeded to spend most of it talking in pop-star platitudes while remaining her inscrutable self.

But in a candid video that wasn't part of that doc, we see Beyoncé at a pool hall talking trash to one of her friends whom she just whooped in a game. It gives us a quick glimpse at a different Beyoncé — silly, unrehearsed, a little mischievous. She seemed like she could be your cool-ass cousin (albeit your cool-ass cousin with washboard abs and a flawless smile).

Both those personas are the "real Beyoncé," the same way that you're still you when you're sending an e-mail to your boss that's full of jargon and with proper capitalization and when you're texting to your best friend in lowercase acronyms. Talk in one setting in a tone that's best suited for another, and you might play yourself; it would be ridiculous if she were pop-star Beyoncé in the pool hall. (But it would be kind of dope to see Bey strut into a pool hall in six-inch heels, a sequined minidress, and a wind machine like, "I am Beyoncé and I am here to pool.")

The point is, code-switching is apparent in all the myriad ways we interact with one another and try to feel each other out. Check out this Key & Peele sketch, which gets at the nuances and tensions of code-switching more eloquently than we could say:

By the way: All this week we'll be looking for your best and worst stories about code-switching. Have stories about secretly learning Farsi so you can eavesdrop on your in-laws? Or maybe in that first year of college, when you had a crush on that dude from Atlanta, you suddenly picked up a real thick drawl you previously didn't have whenever you were around him. Drop your stories in the comments, or share them with us directly. Thanks!