Accessibility links
Learning How To Code-Switch: Humbling, But Necessary : Code Switch For Eric Deggans, the TV and media critic for the Tampa Bay Times, code-switching wasn't always easy — and he learned it the hard way. 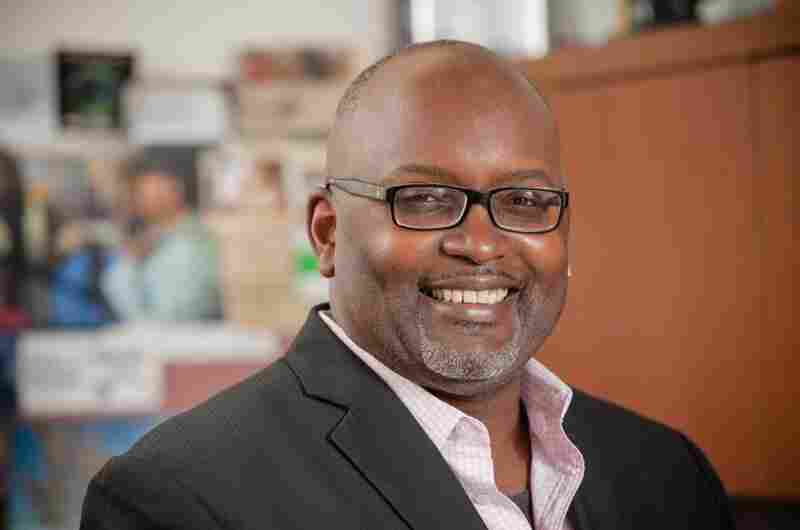 Eric Deggans is the TV and media critic for the Tampa Bay Times and a contributor to NPR. Eric Deggans hide caption 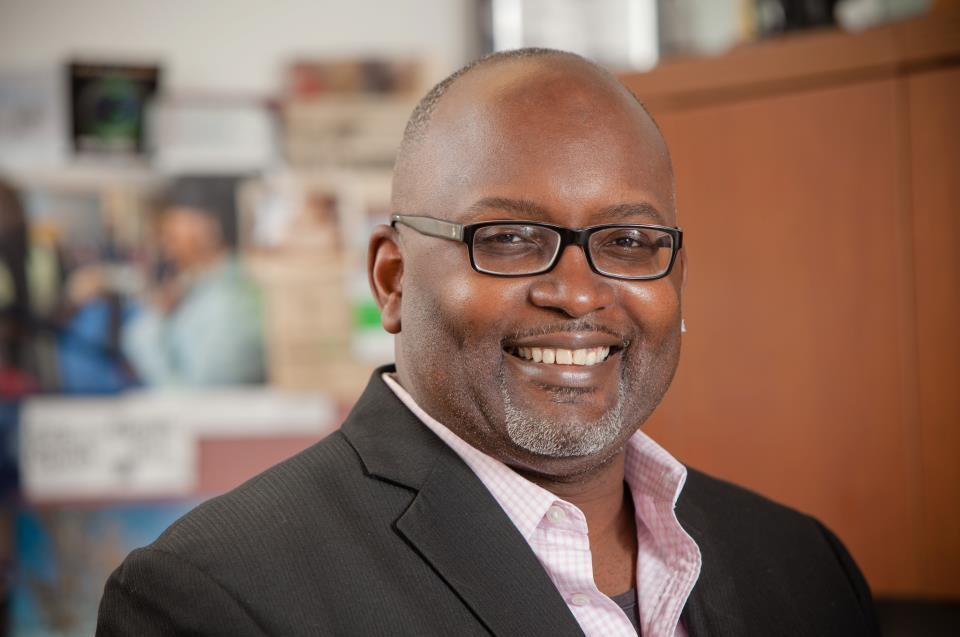 Eric Deggans is the TV and media critic for the Tampa Bay Times and a contributor to NPR.

"You guys doing anything today?"

That might sound like an ordinary, even dull question. But in my old neighborhood — mostly poor, entirely black '70s-era Gary, Ind. — that kind of question was grounds for serious ridicule. Or worse.

The problem: I had dared use a word none of my partners ever let pass through their lips, unless they were making fun of a white person: "guys."

It was a word that had seeped into my speech patterns almost without thinking since I reached the fifth grade, when my mother sent me to a white-dominated private school outside our neighborhood.

That word — "guys" — might earn smiles and nods of understanding in that world, but it brought the ultimate insult in my neighborhood. "You sound like them white boys you go to school with, you know that?" my friends would say, with a tone parked somewhere between amused disdain and outright disgust. "Why you always talkin' like them white boys?"

At age 10, I hadn't yet mastered an important tool to solve my struggles: code-switching.

For linguists, code-switching describes the simple act of switching between two languages in a conversation. But in today's increasingly multicultural, multiethnic society, the term's deeper meaning involves shifting between different cultures as you move through life's conversations — choosing your communication style based on the people you're dealing with.

It's the reason why some black people speak with more grammatical attention when in all-white settings — especially at work — but let their slang hang out when among friends or mostly black people.

And it's not just a black thing. Children of Boston who lay on the Southie accent when they visit the old neighborhood and Oklahoma kids who sound a bit more down home among fellow Southerners do it, too.

To understand how confusing this is for folks who don't code-switch, just consider the reaction of Fox News Channel personalities Tucker Carlson and Sean Hannity. Both men seemed mystified when then-presidential candidate Barack Obama showed off his tendency to adopt a more preacherly cadence when speaking to a mostly black audience in a 2007 speech.

"This accent is absurd," Carlson concluded in a segment on Hannity's program last October, presenting Obama's altered speech as evidence of pandering. "This is a put-on."

Except, for those of us who practice code-switching every day, it is anything but.

Equal parts fitting in and making sure you're understood, code-switching comes as naturally to me as breathing 38 years later — a transition I'm sure our first black president has also mastered.

Still, it was a long road getting here, with stumbling blocks in surprising places.

For example, not long after I learned to rein in my use of the g-word, I got a lesson in politeness from a white friend, who agreed to do something even though he really probably didn't want to.

In my world, people were almost never that polite. But among white people, I missed the subtle signals that might reveal that my friend didn't want to offend, and I took his reactions at face value — which only led to resentment from him later.

Worse, I had an even tougher time judging the reactions of my white friends' parents, some of whom weren't all that sure they wanted a black kid from a tough neighborhood hanging out in their home but weren't quite sure how to say no, either.

The result was lots of canceled appointments and last-minute emergencies. With one boy in particular, my mother had to sit me down and explain: Son, perhaps there's another reason why his parents keep making excuses for why we can't get together.

Painful as some of these experiences were, I was grateful to have them in middle school and high school, so that when the time came to head for college, I already had some fluency navigating between different cultures (to make life even more interesting, I had a small crew of Latino friends from my hometown who I also spent time with in college, enjoying getting to know another group who were so much like young, African-Americans in some ways and so different in others).

I watched as too many others from my hometown and other predominantly black cities struggled in a university setting where suddenly they really were a minority.

For these kids, being members of a minority group was an abstraction, because everywhere they turned in their own lives — from school to the corner store and their own street corners — they were surrounded by others who looked and acted like them. (I used to tell my private-school classmates that, before I joined their world, the only time I saw white people outside of a department store or gas station was when they got lost driving through my neighborhood.)

But once these students left those mostly black neighborhoods for top colleges such as Indiana University, Purdue University or Notre Dame, they were suddenly surrounded by a culture they hadn't experienced firsthand. On top of the normal pressures of leaving home and family to take on a ramped-up academic challenge, they had to learn how to navigate white social structures while retaining their own sense of what it meant to be black.

I learned early on, thanks to that g-word nonsense, that expertly navigating another culture wasn't a rejection of where I'd come from or a signal that I was any less authentically black. And returning to my roots wasn't being phony or perpetrating a put-on.

It was being fully who I am.

This is a lesson too many other young people from too many other cultures have to learn the hard way — making their way in an American culture that too often still demands assimilation or marginalization.

It's a reminder to be fully who you are at all times, while making sure you're understood well enough to be valued, respected and considered.

Eric Deggans is the TV and media critic for the Tampa Bay Times, a freelance contributor to NPR and author of the new book, Race-Baiter: How the Media Wields Dangerous Words to Divide a Nation, published by Palgrave Macmillan.

Read an excerpt of Race-Baiter