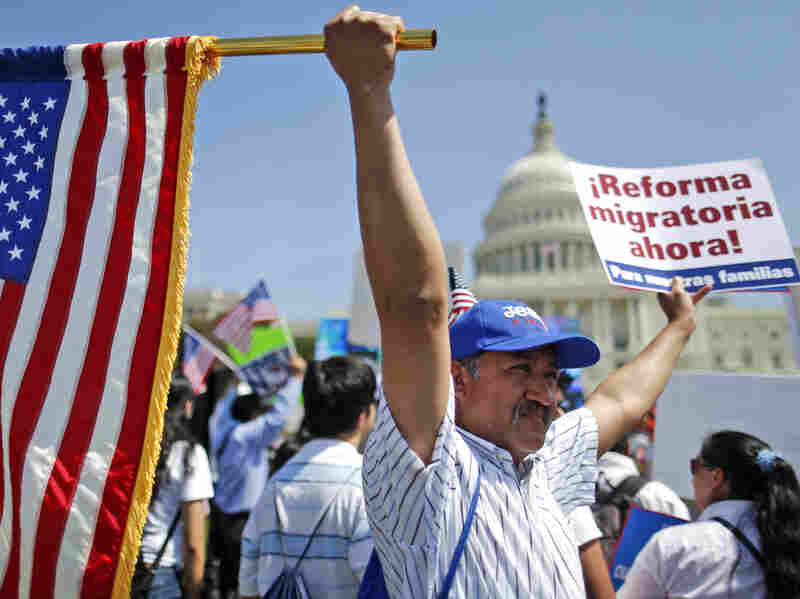 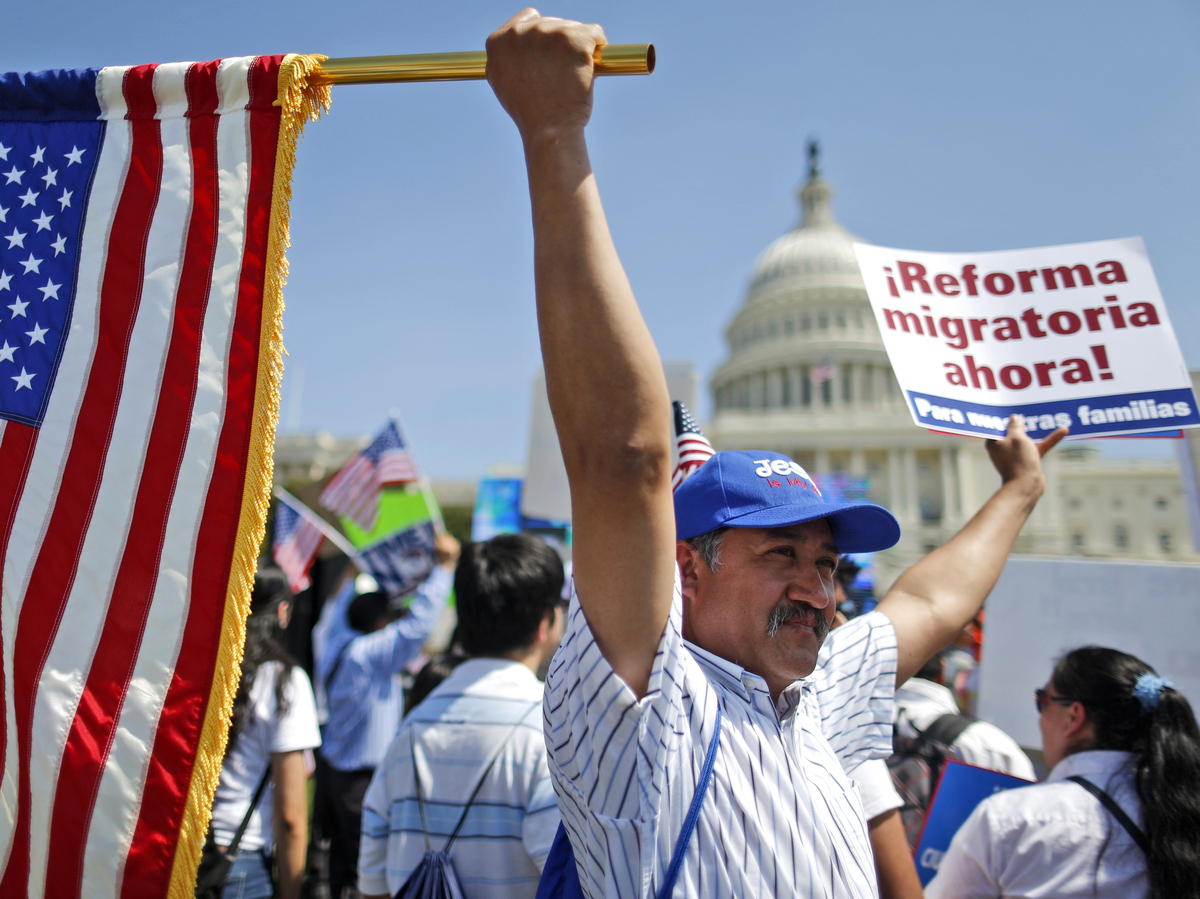 Rigoberto Ramos from Seaford, Del., originally from Guatemala, rallies for immigration reform in front of the U.S. Capitol in Washington, Wednesday, April 10, 2013.

Marchers dressed in white descended on Wednesday on the Capitol to press Congress to overhaul the nation's immigration policies. One of the key thrusts of their appeal: an on-ramp to citizenship for the millions of unauthorized immigrants living in the United States.

The last time the federal government offered a pathway to citizenship was in 1986 during the Reagan administration. The Immigration Reform and Control Act, or IRCA, granted amnesty to millions of people.

But while IRCA made many immigrants eligible for citizenship, millions of people never sought full citizenship status. Around 2.7 million people gained either temporary or permanent legal status or citizenship under the act. Less than half that number, about 1 million, are full U.S. citizens now, according to a report in the Christian Science Monitor.

Many who could have pursued naturalization simply chose not to do so.

Matt Barreto, a political scientist at the University of Washington who focuses on Latino politics, said that following IRCA in the early '90s, political organizing in Latino communities was focused on getting people legal resident status, but not full citizenship. But he says the rising clout of Latinos in the U.S. politics means that organizations and advocates will push more of the people who are eligible for citizenships to avail themselves of it. "Back then we didn't see the organizing muscle around citizenship," Barreto said. Today, he insists, "You see groups out there ... constantly telling people 'register to vote, register to vote.'"

There are several theories as to why so few immigrants who were granted amnesty under IRCA have pursued naturalization. The biggest obstacle may be financial: the application for citizenship costs more than $600 dollars. Wendy Feliz Setsaf of the American Immigration Council, an advocacy group in Washington, says "There's the cost of doing it, you have to take a test — a test that people always jokingly say most Americans couldn't pass."

English-language proficiency, heavy fines and a years-long wait are among the conditions being discussed in Congress as prerequisites for a potential (and still very much theoretical) path for citizenship. And determining the number of currently unauthorized immigrants who would seek citizenship at some point several years from now is sheer guesswork.

Meanwhile, what is not a matter of guesswork is that tens of thousands of US-born Latinos turn 18 each month.

Much of the heat around the immigration reform debate has been about whether it is right to even offer citizenship to immigrants who entered the country illegally. Stated less often is the partisan concern that offering citizenship could work against the long-term interests of the GOP. The assumption is that a majority of Latinos would then use their newly-acquired citizenship to vote for Democratic candidates.

Barreto says all those young people don't have unchangeable party ties — yet. "Younger folks have still much weaker party affiliation than older folks," he said. "But If you vote for the same party three elections in a row" — and President Obama, the Democratic presidential candidate, won Latinos handily in 2008 and 2012 — "it will take a major, life-altering event to change that."