Accessibility links
The Overwhelming Nature Of Code-Switching : Code Switch Code-switching can be far from empowering, writes Matthew Salesses, who was adopted form Korea and has since found himself straddling cultures.

The Overwhelming Nature Of Code-Switching

The Overwhelming Nature Of Code-Switching 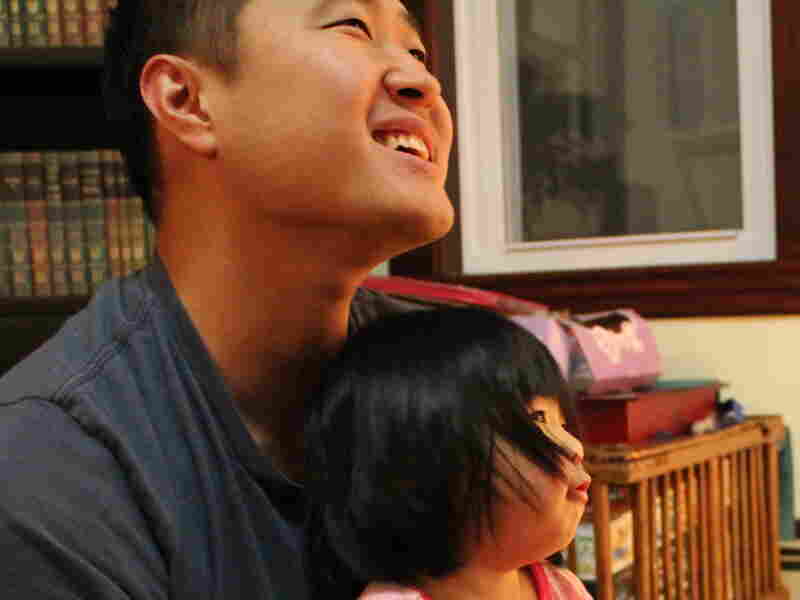 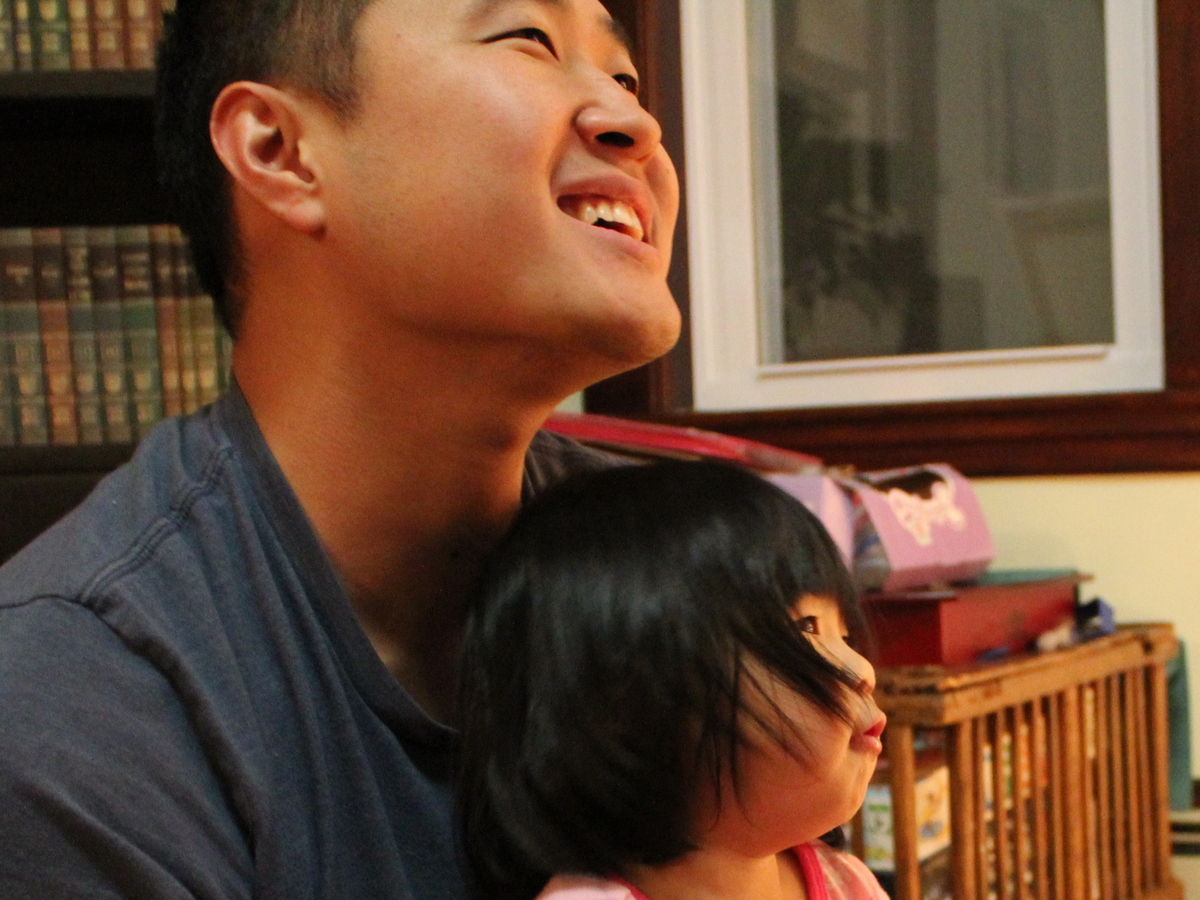 Matthew Salesses and his daughter, Grace, pose for a photo.

Code-switching can be far from empowering. When I was 2 1/2, I was adopted from Korea. I went from one culture to another, one language to another. For me, code-switching wasn't a freedom, or a choice. It was a one-way street.

I wasn't aware that I was code-switching, of course. I only knew that I was different and that I didn't want to be. There were times, when people stared at me and my white parents, that I felt as if I had been caught in a lie. I hated those stares not because they reminded me of my difference but because they reminded me that no matter what, that difference would always be there. People had their own opinions of who I was.

Often we code-switch in an effort to fit expectations, whether consciously or unconsciously — an athlete speaking differently on-court than in a press conference, or a job applicant trying to sound more professional for an interview — but what about when those efforts aren't believed, or accepted?

When I returned to Korea as an adult, I was surprised to find that many Westerners' attempts to speak Korean drew compliments while gyopos' (foreigners who are ethnically Korean) often drew lectures. A white dude who attended my traditional Korean marriage in a hanbok was seen positively, as making an effort, or at least neutrally. In America, though, my fully cultural whiteness never seemed positive except as a reflection on my parents. I was "lucky" they had adopted me.

In Korea, I was teaching English at a language academy where almost all of the teachers were white North Americans. There were times when I wanted to speak English and behave within the social mores I grew up with. In order to hang out, though, I often had to code-switch in a way that made me feel ashamed, that again made me realize my permanent difference. At this point, I was far more aware of what I was doing. I knew I was switching.

I would be out with a group of teachers, and someone would complain about Korean men, Korean schools, the Korean government, and then others would chime in — and I would find myself speaking out against Korea, too. Not out of any real opinion, either agreement or disagreement, but because they seemed to like me more. "It must be hard for you here," they would say. "Koreans are so racist. They probably don't accept you. But of course you're an American." And so on. They included me by my exclusion from Korea. I felt then as if I were catching myself in a lie.

So why did I continue to code-switch with these teachers? The question is a tough one. If we code-switch to get jobs, to make friends, at what point are we indicating that we will mold to expectations no matter how they clash with our realities? Why do we try so hard to fit in when doing so might make it harder for us to be seen as we are? That is, when our trying to fit in makes it so that people expect us to try to fit in and yet also makes it so that we never can.

I met my wife in Korea. At first, she was like a guide to the me I had lost. Sometimes I wonder what our marriage looks like to outsiders: an attempt to reclaim my heritage, or a rejection of my earlier code switch? My wife and I live in a constant state of in-between, mixing Korean with English, eating Korean and American food, watching k-dramas with subtitles for me. But this in-between feels comfortable, maybe because I never feel obliged, or disbelieved. It is the freedom to put forward whatever part of you, and be seen as the same.

Now that we have a baby, we try hard to teach her Korean culture and language. We do want her to be able to fit in, yet it's not really about that. It's more about giving her control. It's about being already, in her heart, confident in who she is, however people may judge her. We want her always to feel true to herself.

Matthew Salesses (@salesses) has written about adoption, race and family for the New York Times Motherlode blog, The Good Men Project, The Rumpus, Hyphen Magazine, and elsewhere. His most recent book is a novel, I'm Not Saying, I'm Just Saying.