Accessibility links
In A Changing Oakland, Two Generations Learn How To Fit In : Code Switch An Oakland native and her father each came of age a generation apart in a city that was becoming more African-American. She reflects on the city as it was and as it is today. 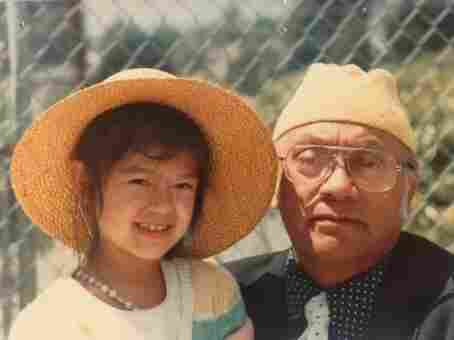 As the eldest sibling in his half-Filipino and half-Mexican family, he was a pioneer and I learned from his cautionary tales.

In the early 1950s, he attended high school at Oakland Tech where he was shunned by both his Filipino and Mexican classmates.

Mexican-American students, he said, didn't accept him because he lacked fluency in Spanish. Yet the irony is that when he entered kindergarten, he was hit by nuns for not speaking English. At an early age, he unlearned the Spanish he heard at home in order to assimilate — and spare himself a daily paddling.

In high school, he was an iconoclast — that Mexipino kid who dressed like The Fonz, sang opera in the high school auditorium and listened to jazz. After high school he joined the army, where race was less of an impediment to making friends. He and his army buddies bonded through music — on breaks, he and a group of black soldiers would go off base to listen to jazz.

When he returned to Oakland after his service, he continued to seek out jazz clubs. He formed friendships with veterans, many of whom were black soldiers who had also served in the military. Oakland itself was changing at this time — many African-Americans were moving to the city to work in the shipyards. It soon came to be known as a hub of black culture on the West Coast. By the '80s, African-Americans were the largest racial group in the city, and my father fit right in.

That was the Oakland — the "Chocolate City" — where I started school.

As the ethnically ambiguous kid in a mostly-black Catholic elementary school, my assimilation happened in the school yard. Together at a playground overlooking Martin Luther King, Jr., Boulevard, my classmates and I played Double Dutch and sang "Little Sally Walker" during recess. When I was tagged, I tried my best to pop out a dance.

Yes, to borrow from the Fresh Prince who ran another California town, that's where I spent most of my days. From kindergarten to fifth grade, at this predominantly black school, I was technically in the minority. But my school wasn't neatly divided into "black" and "other."

It was just Oakland.

We were all culturally black and the other kids weren't just white. We were Vietnamese, Filipino, Indian and Creole. We were also all just kids, singing, "We are the World" together.

Lionel and MJ, those were the voices blasting all over Oakland. At least on the streets in the flatlands of the city, which occupied my world. Up in the hills of North Oakland, I don't know what kids were singing in 1985.

From my family's apartment windows on Grand Avenue, I could see the Oakland hills. I imagined how wealthy families might be living up there in sprawling homes with commanding views of the Bay. With street names like Ascot Drive and Skyline Boulevard, this was the part of Oakland my father's aging Dodge Dart could hardly even reach. If we attempted to drive up those steep and winding roads, the car's engine would overheat, emit steam and break down.

Those hills were also home to one of the top prep schools in the Bay Area, the Head-Royce School. And when I was accepted to Head-Royce, there wasn't much of an argument for my family. That's where I was going.

My eighth grade classmates, however, offered me dire warnings before our middle school graduation.

That's where all the rich, white druggies go, they told me.

We were all leaving our little multicultural paradise, being split up to go to different private schools around Oakland. I was one of only two students accepted to Head-Royce, and I wasn't happy about it.

Just to get to Head-Royce on that first day was an effort. The night before, my father and I checked the oil and tires on the Dart. We went across the street to the gas station, refilled the coolant and the water tank.

That drive up the hill was going to happen. But I was defiant. 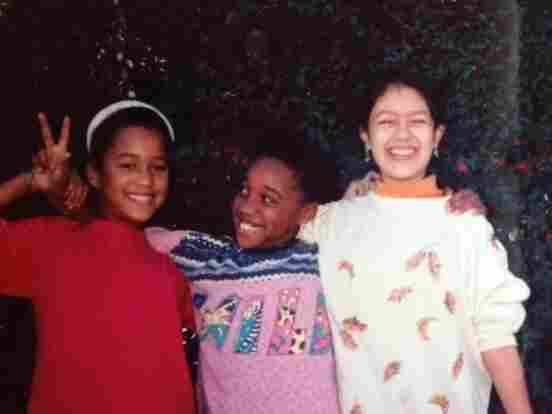 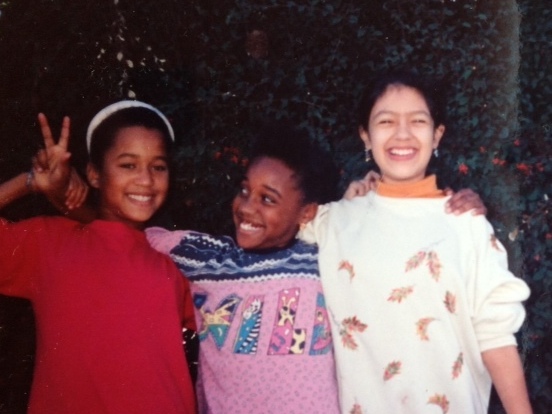 The author, Padmananda Rama, with her friends Maria and Chystal Pecot, back in the day.

I had to stage a protest. And the best way I knew how was through my appearance. My fellow classmates would see me, I thought, and back off. They would know I came from a different world, Fresh-Prince-style.

I should note, I wasn't a particularly intimidating 14-year-old. For middle school dances, I wore jumpers and turtlenecks.

But for the first day of high school, I decided I was going to rep the flatlands.

I kept the outfit simple, Fonzian even: a white tee, blue jeans, spotless Nikes and a jean jacket. But the pièce de résistance would be on top: with the help of my best friend Maria and her younger sister Chrystal, I did my hair up in cornrows.

I just needed to convey a single message on the first day of high school: Look, rich kids, I'm not here to make friends. I'm just here to get an education and get out. 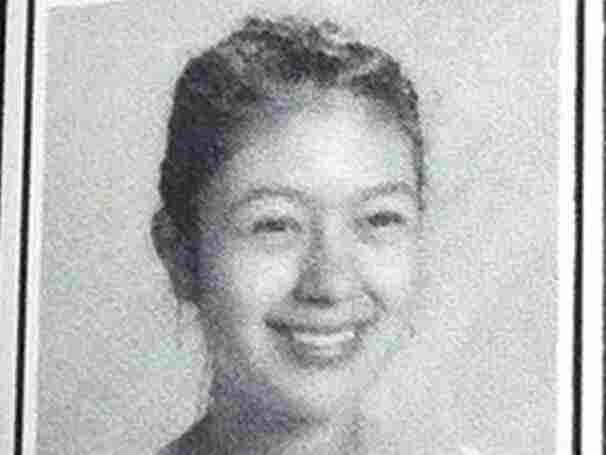 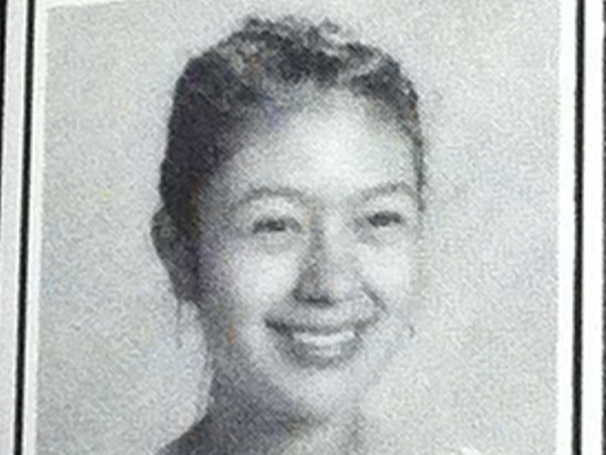 That first day, I walked in, got my yearbook photo taken in my 'rows, and prepared to be that ethnically ambiguous, iconoclastic person of color, just like my father had. But then a classmate called out to me: "Hey, come over here."

"Pad-muh," he said, attempting to say my name.

Soon I noticed other students huddled around. One of them was telling another to scoot over and let me sit down. They were genuinely curious. They wanted to be my friends!

"Pad-mu-nahn-duh RAH-ma... what type of name is that? Where'd you go to school before? Oh, do you know Thad? Do you know Melanie? Where do you live?"

Before long, they were inviting me to parties in the hills. My dad would drive me to Montclair and then I'd wait for my friends' parents to take me up Skyline Boulevard or I'd take the bus over to homes in Berkeley and Piedmont. All the wealthy neighborhoods of Oakland I had always seen from a distance, they were now a part of my life too.

It wasn't long before I was coveting the same clothes out of the same J.Crew catalog that my high school friends received. But soon, I found out those friends were shopping at my thrift shop, Thrift Town, in San Leandro. They were eating burritos from the same taqueria my parents and I had always gone to in East Oakland.

For them, Thrift Town was a novelty. For me, it was a necessity. But whatever, we were shopping at the same store.

A Bay Area hip-hop artist told an NPR colleague recently, "Oakland was never a one-dimensional place." He was referring to rap in 1993. That's the same year I started high school.