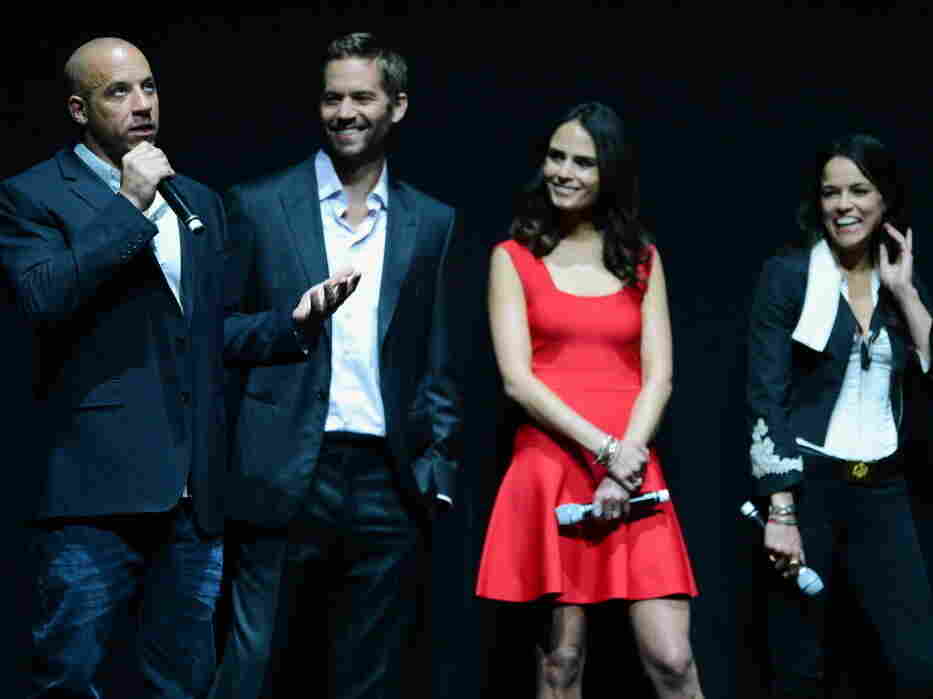 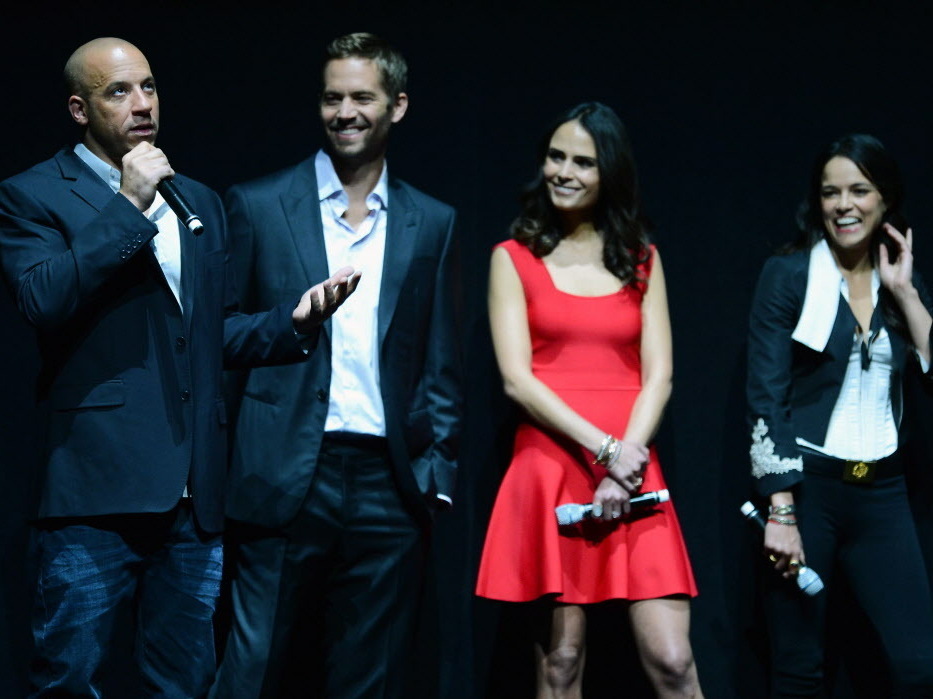 Vin Diesel speaks lousy Spanish. No surprise, that. So why then was he invited to hand out a music award at the Premios Billboard and why did he say Sí to the invitation when it seems that's about all he can say in Spanish?

Vin's Spanish-language shout-outs — "mi gente" and "mi pueblo" — feel forced. Throw in long stretches of English and a string of profanities that were editedout and the performance becomes a bit cringe-worthy. But he's not alone in bringing English and poorly-spoken Spanish to Spanish-language television. (The award ceremony was aired on Telemundo.)

Watch enough of the programming produced in the U.S. by Telemundo or Univision and you will hear snippets of English spoken by guests who lack the vocabulary or knowledge of grammar to provide a complete answer in Spanish. Here is Univision network news anchor Jorge Ramos talking to the Washington Post about his interview with Supreme Court Justice Sonia Sotomayor:

"She asked me, 'If I have a problem with my Spanish, please help me with my translation,'" Ramos recalls one recent afternoon in his spare corner office at the Univision studios in the Miami suburb of Doral.

"And, indeed, just minutes into the interview about her memoir, Sotomayor — who speaks good, but somewhat labored Spanish — was groping for a word. Rather than wait for a cue, she simply said it in English — "strengths" — and moved on."

The Premios Billboard had two active Twitter feeds during the music awards ceremony, one in Spanish and the other in English. The two feeds reflect an acknowledgment and a hope. The acknowledgment is that many Latinos born or raised in the U-S struggle to read, speak and write Spanish. The hope, as far as Telemundo is concerned, is that Latinos can be interested in Latin music and watch Spanish-language television without themselves being fully able to communicate in Spanish. (See Maria Hinojosa's report on retro-acculturation for more.)

The need for the two Twitter feeds reflects a generational shift and illustrates the cultural question of the moment for Latinos: Will Spanish survive as a language widely spoken by Latinos in the United States?

The question may seem far-fetched and the answer obvious. After all, the number of Latinos in the U.S. is growing and with it the number of Spanish-speakers, right? Except that the Latino birth rate is no longer primarily driven by immigrants. Instead, much of it is driven by the U.S.-born — the children and grandchildren of immigrants. Many of the Latino parents now having the babies are not native speakers of Spanish.

University of California at Irvine Professor Rubén Rumbaut succinctly summarized the arc of language loss across generations of immigrants in a 2011 interview with Morning Edition host Renee Montagne:

"The first adult generation of immigrants ended up speaking survival-level English with an accent. You know, maybe think of Desi Arnaz in 'I Love Lucy.' The second generation, they remain bilingual, albeit their proficiency faded over time. And finally, the third generation, grandchildren, grew up speaking English only, perhaps with a few quaint vestiges — muchas gracias.

"You know, and the overarching story remains essentially that which we have seen throughout American history; a three generational story of language death, which unfortunately is what has given the United States a reputation as a language graveyard."

And yet, 95 percent of Latinos believe "it is important for future generations of Hispanics in the U.S. to be able to speak Spanish," according to the Pew Hispanic Center. That's an astonishingly high number. You don't see many poll results where 95 percent of any group agree on anything. Curiously, the same survey found a lower percentage of Latino adults (82 percent) say they "can carry on a conversation in Spanish 'very well' or 'pretty well.' Nearly as many (78%) say they can read a newspaper or book in Spanish either 'very well' or 'pretty well.'" By the third-generation those sets of numbers drop under 50 percent.

Those figures are probably inflated since they rely on self-reporting. The numbers who actually speak or read Spanish may be lower.

Yet, it is possible that Spanish in the U.S. won't go the way of German or Italian before it.

Certainly, there are thousands and thousands of Latino parents who are working hard to ensure the language of Cervantes thrives in the United States. Just check out @spanglishbaby on Twitter for a glimpse.

Heck, she can't do any worse than her father.