Accessibility links
On Celebrating 'Asian-Pacific American Heritage Month' : Code Switch Heritage months tend to follow a pattern: They start as a week and grow into a month. But do these celebrations deepen our awareness of our many cultures, or do they constrict it? 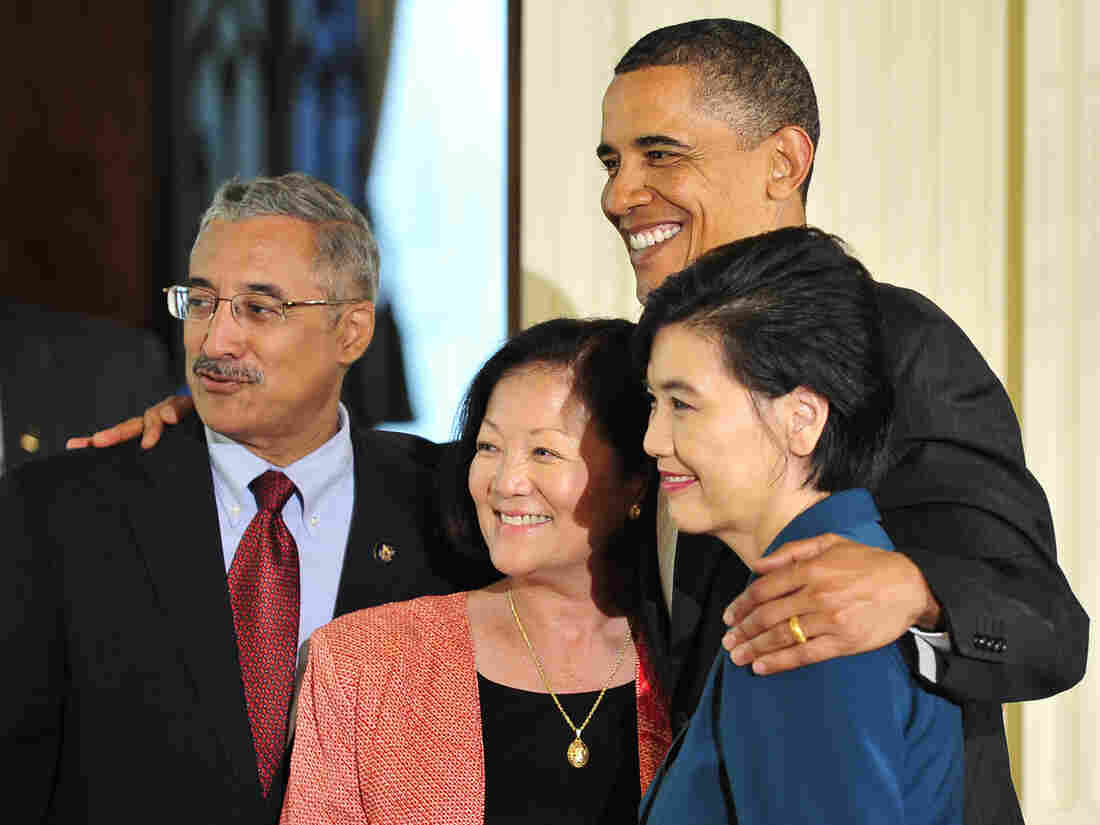 Today marks the start of Asian-Pacific American Heritage Month, which you may or may not have known.

APAHM came about when Congress passed a resolution in 1978 to designate a week to celebrate Asians and Pacific Islanders in the United States. They chose May because it's when the first Japanese immigrants arrived in America in 1843, and when Chinese laborers finished the transcontinental railroad in 1869. But the celebration soon outgrew the constraints of a week, so President George H.W. Bush proclaimed it a month in 1990.

Oddly enough, other heritage months came about the same way. Black History Month started as "Negro History Week" in 1926 and turned into the month as we know it in 1976. National Hispanic Heritage Week surfaced in 1968 and then was given an entire month (Sept. 15 to Oct. 15) in 1988. Ditto National American Indian Heritage Month, which started in 1986 as a week before President Bush expanded it to a month in 1990. (He clearly loved his heritage celebrations.)

Once a heritage month has been around for a while, folks start asking questions. Every February, for example, people ask, Why should we celebrate black history — or any type of history — for only a month of an entire year?

Morgan Freeman went on 60 Minutes in 2006 and questioned a flummoxed Mike Wallace about Black History Month:

"You're going to relegate my history to a month? What do you do with yours? Which month is White History Month?' " Freeman asked Wallace. "Black history is American history."

Freeman makes a provocative argument, one which many critics of Black History Month have echoed since. At what point do these events stray from their intended purpose and start to constrain our willingness to celebrate our various cultures?

Plus, this month takes an incredibly broad term — Asian-Pacific American — that houses a large and varied segment of the world's population, and compresses its history and lessons into a short time frame. Couldn't there be an argument for an East Asian-American Heritage Month? A South Asian-American Heritage Month? A Pacific Islander Heritage Month? You could break these hypothetical months down even more, but the point is that the term may actually overshadow rather than celebrate the nuances of many experiences.

But heritage months have a function. There's no contesting how valuable it is to acknowledge our cultures and to build awareness of our history. Teachers plan lessons around these events. Journalists (ahem) use them to find news pegs for their stories. And nonprofits and organizations take advantage of these months to trumpet their messages especially loudly.

America's mix of ethnicities is diversifying at such a rapid rate that a broader understanding of one another's perspectives is becoming increasingly important. Perhaps in an ideal world, everyday life would be filled with lessons from various backgrounds. Without these months, those discussions might get lost.

What this boils down to isn't a question of whether heritage months are or aren't valuable. Rather, we might ask: What are their effects? How do these months play out in your lives? Does the occasion actually constrict or deepen the role of Asian-American culture in your life?