Accessibility links
Crunching The Numbers On Blacks' Views On Gays : Code Switch When the veteran NBA player Jason Collins came out, an old narrative about black antigay sentiment was resurrected. But is it true?

Crunching The Numbers On Blacks' Views On Gays

Crunching The Numbers On Blacks' Views On Gays 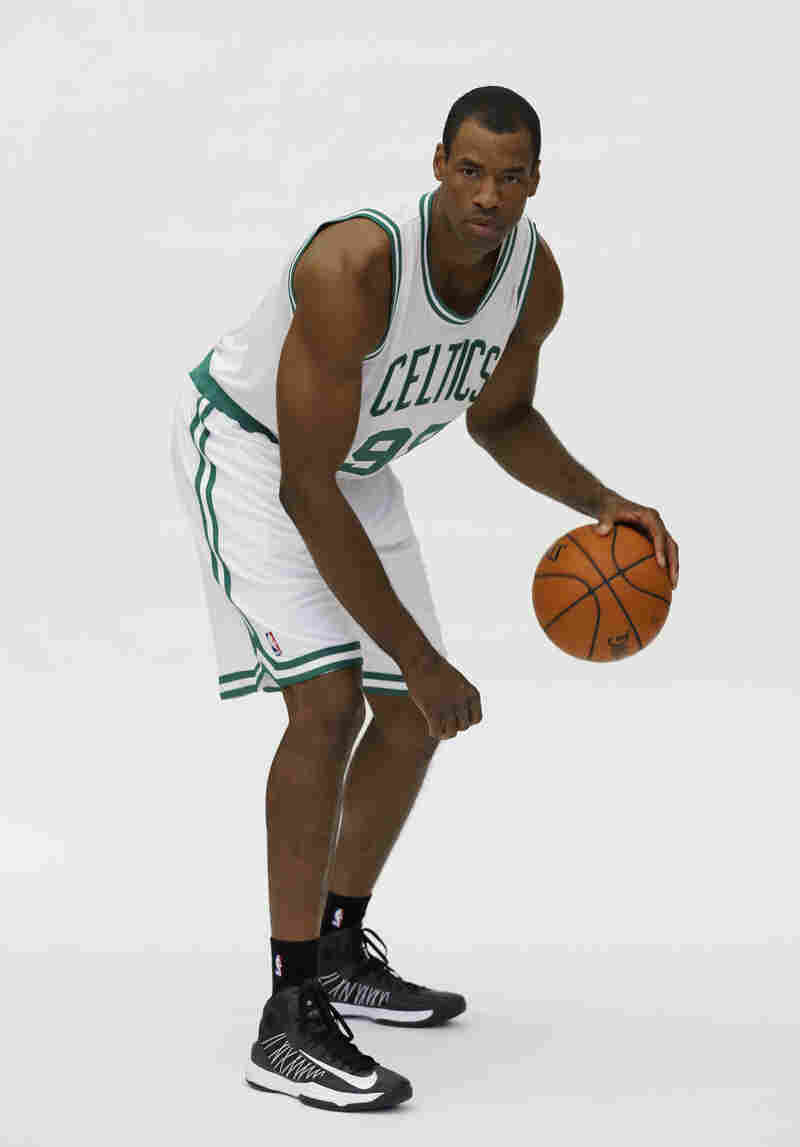 Jason Collins, a journeyman NBA center, came out as gay this week in the pages of Sports Illustrated. Michael Dwyer/AP hide caption 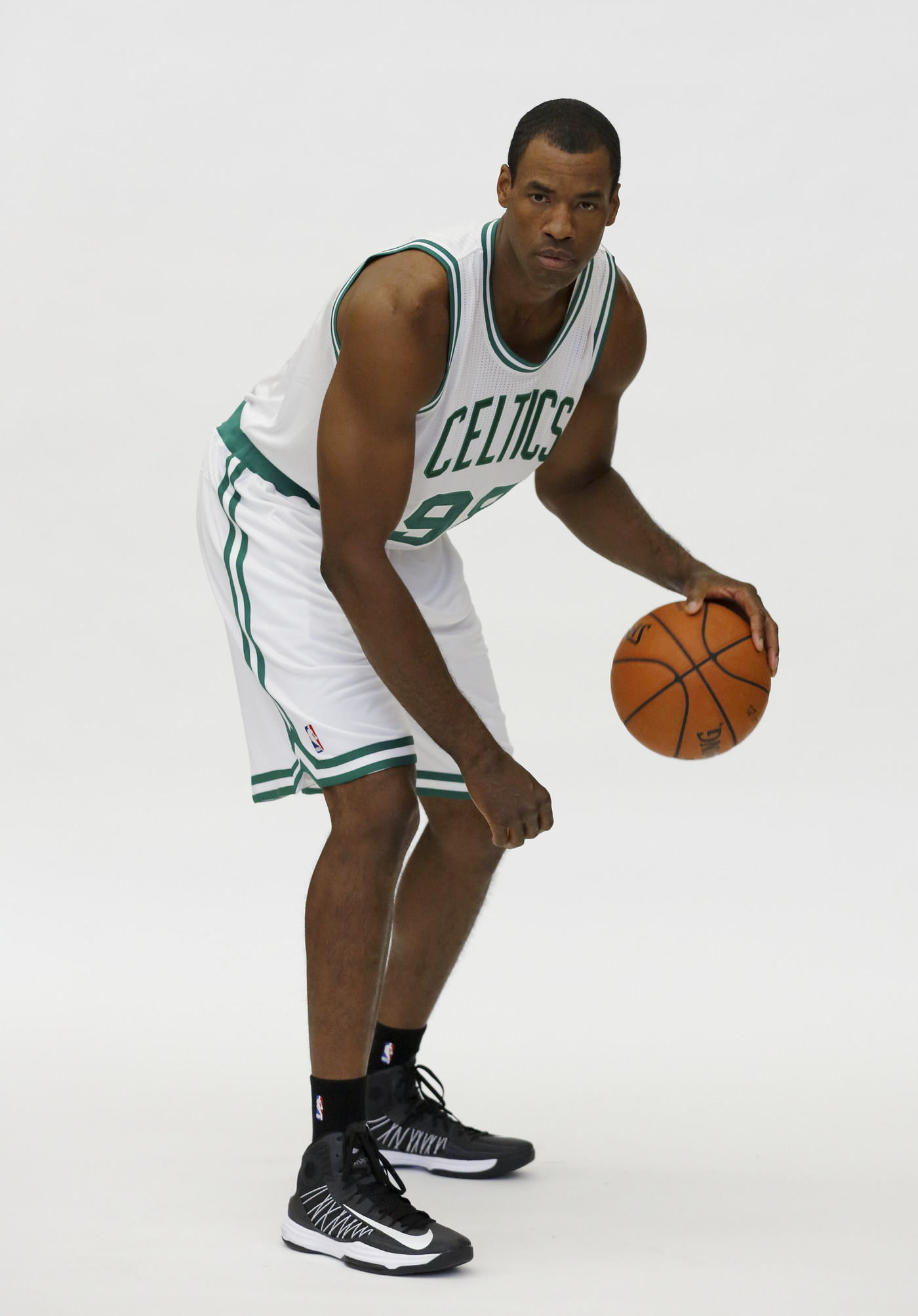 Jason Collins, a journeyman NBA center, came out as gay this week in the pages of Sports Illustrated.

A relatively high-profile black man came out this week. And with it, a hardy old narrative got another moment in the sun.

When Jason Collins, a journeyman NBA center, announced that he was gay, many commentators who applauded his disclosure still nodded to the idea of heightened opposition to gay rights among black people.

"The hyper-masculine ideals forced upon young black boys combine with the homophobia of the black church to create a perfect storm of shame and secrecy," Rob Smith wrote at Salon, as he detailed his traumatic attempt to come out to his mother.

"Occasional lip service notwithstanding, pro sports in general—and the NBA in particular—are a bastion of testosterone-driven heterosexism," Gail Shister wrote at Philadelphia magazine. "What makes the NBA unique is that almost 80 percent of the players are black, and black men are notorious homophobes when it comes to one of their own."

"Homophobia in the black community — indeed, even among the leaders of the civil rights movement of the 1960s — was some of the most virulent and stubborn of all, and there are still some who resent the equation of the gay rights movement with their struggle," wrote Charles P. Pierce at Salon.1

And last May, when President Obama announced his endorsment of same-sex marriage on "Good Morning America," the show's host, Robin Roberts, said that she thought his endorsement would be "a difficult conversation to have" in the black community.

A lot of pundits wondered the same. Would black voters, who were assumed to be opposed to same-sex marriage, stay home in November instead of voting? (Black voters are reliably Democratic; Democrats have captured north of 80 percent of the black vote in presidential elections for decades.)

That didn't happen. Black turnout in last year's election was higher than in 2008. Even before Obama's statement, surveys found that blacks had been steadily moving toward support for same-sex marriage had been shifting the way they had across all groups.

So are any of these statements, presented as obvious and plainly true, rooted in fact?

"How do you measure 'virulent' homophobia versus 'regular' homophobia?" mused Greg Lewis, a political scientist at Georgia State University who has published several studies on the views of blacks and whites on homosexuality.

I chatted with Lewis today about what the polls might tell us about black views on homosexuality. And as he crunched some numbers, he found that black opinion on gays — to the extent that there's a "black opinion" on anything — isn't really easy to define. You've got to hold a bunch of disparate ideas in your head at once; Lewis found that black folks are less likely than white people to believe that homosexuality is "not wrong at all" (25 percent to 40 percent).2 He also found that the gap is true even when he controlled for other variables like educational attainment, church attendance and age. Yet blacks have historically been more likely to support nondiscrimination initiatives for gay people. The "black church," long held up as the vector for black opposition to homosexuality, includes many outspoken clergy members who have been instrumental to same-sex marriage initiatives.

And despite the contention that the NBA is a haven of notoriously antigay black men, the professional hoops universe has been nearly uniformly supportive of Collins' decision to come out. (It's worth noting that no one has come out in any of the other major pro leagues, either, and it ain't exactly like the NHL is chock-a-block with black players or fans.)

Last year, NPR's Corey Dade spoke to All Things Considered's Audie Cornish just after President Obama's announcement to put the shifting black support on gay marriage into context. "A Pew research poll recently showed that black opposition to gay marriage is now down to 49 percent from 2004 when it was at 67 percent," he said. "And notably, that opposition actually receded more quickly after 2008. And obviously then we had the election of President Obama, and since then, more young voters have come into the electorate who are more open to gay rights."

Lewis looked at a bunch of polls and found that trend speeding way up. "When I look at 28 polls back from 2004, at that point blacks were about six points less likely than whites to support same-sex marriage."

What about Proposition 8, California's 2008 ballot initiative banning same-sex marriage whose passage was chalked up by many to increased black turnout for Obama? The statistician Nate Silver ruled out black voter turnout in 2008 as the reason Proposition passed. For one, the much-cited claim that 70 percent of black voters wanted the ban was inflated. "At the end of the day, Prop 8's passage was more a generational matter than a racial one," he wrote. " If nobody over the age of 65 had voted, Prop 8 would have failed by a point or two. It appears that the generational splits may be larger within minority communities than among whites, although the data on this is sketchy."

In North Carolina last year, a similar ballot initiative passed with blacks voting 2 to 1 in favor of the ban. But that measure came up for a vote during a primary in which all the action was on the Republican side of the ledger and black turnout was low. In a poll taken just days after that vote, 55 percent of black people in the Tar Heel State said they supported same-sex marriage.

So it looks like the numbers paint a far messier picture than the trope. "I'm a 34-year old NBA center. I'm black. And I'm gay," Collins famously wrote in his coming-out essay.

We may have already passed the point where the "34-year-old" part of this construction — the generational aspect— is the part that matters the most. But race is still the primary lens through which we view this story.

1Rev. William Owens, the "civil rights leader" that Pierce points to in his essay on Jason Collins, was the African-American liaison for the National Organization for Marriage, a conservative group opposed to same-sex marriage. Owens has claimed that he was active in marches and sit-ins in Nashville during the 1950s, but several civil rights leaders who organized and trained people for those marches have called shenanigans — they have no idea who he is.

2Lewis said that blacks and whites were about even on the "not wrong at all" question for most of the 70s — the number was in the low teens for both — before a big chasm opened started to open up in 1982. He couldn't point to any reason why blacks and whites started to diverge on this question.