Accessibility links
Bollywood's Early Roots In A Silent Film : Code Switch As film festivals around the world celebrate the 100th anniversary of the Indian film industry, historians say Bollywood can trace its roots to a silent, black-and-white film that was first released 100 years ago. 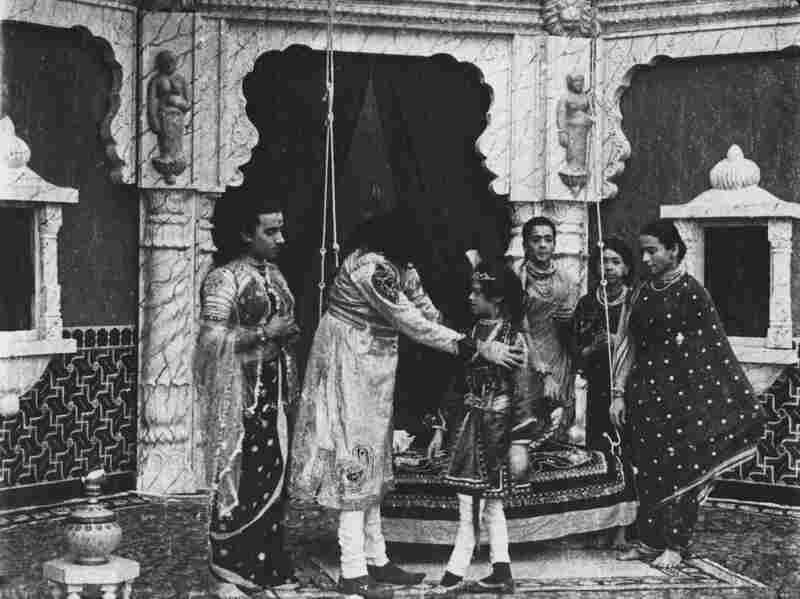 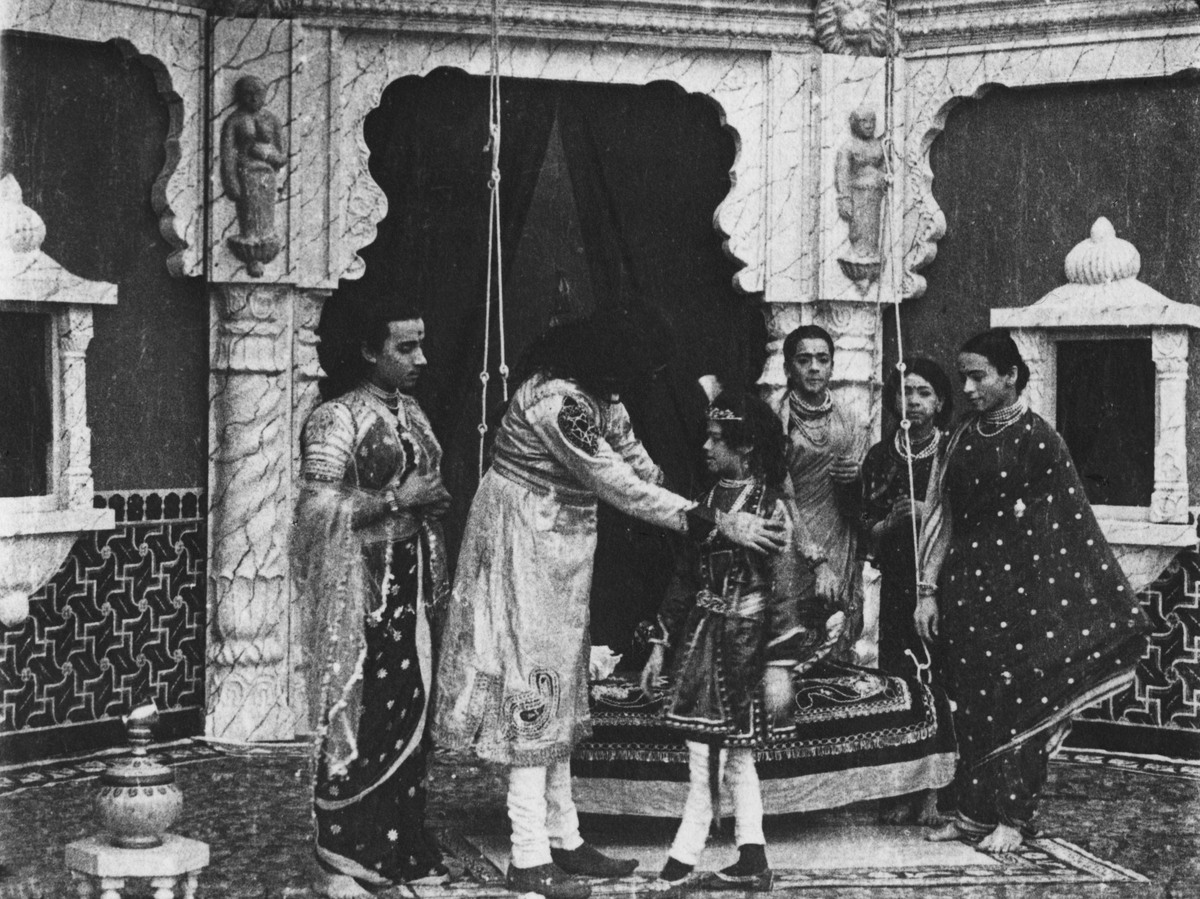 The film Raja Harischandra features an all-male cast, some of whom played female roles.

Film festivals around the world are celebrating the 100th anniversary of Indian films this year.

Bollywood today is well known for its over-the-top song-and-dance numbers. (Case in point: In the 1998 Hindi film Dil Se, a troupe of dancers gyrate in unison to a love song on top of a moving train.)

But Indian filmmaking began with a quieter start.

Some film historians say Bollywood can trace its roots to Raja Harischandra, a silent film that was first released 100 years ago Friday.

The black-and-white, 40-minute-long film tells the tale of an ancient king of India who loses his kingdom and family as a test of character by the gods.

The film's creator Dhundiraj Govind Phalke, also known as the father of Indian cinema, knew the story was a popular legend in India. He also saw it as perfect source material for a movie.

Still, when Phalke set out to make his first film a century ago, he was taking on more than creative challenges, according to Indian film scholar S.V. Srinivas. 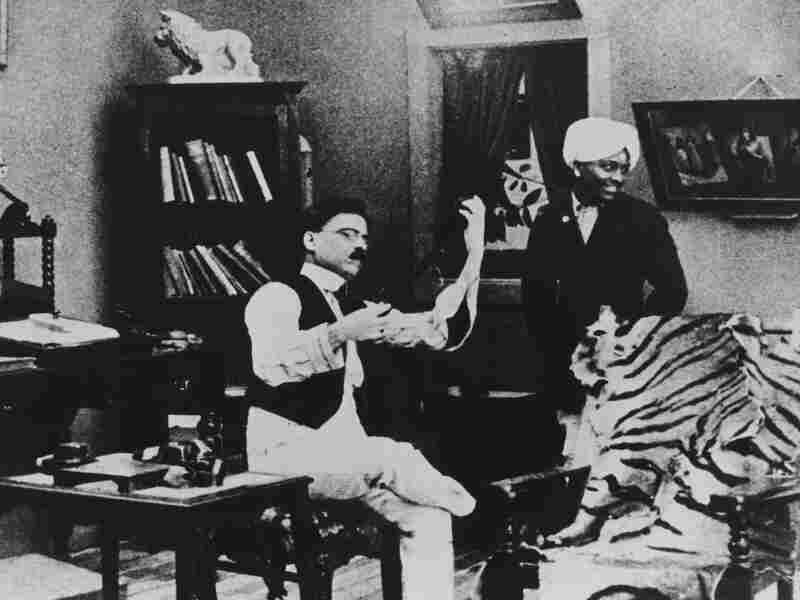 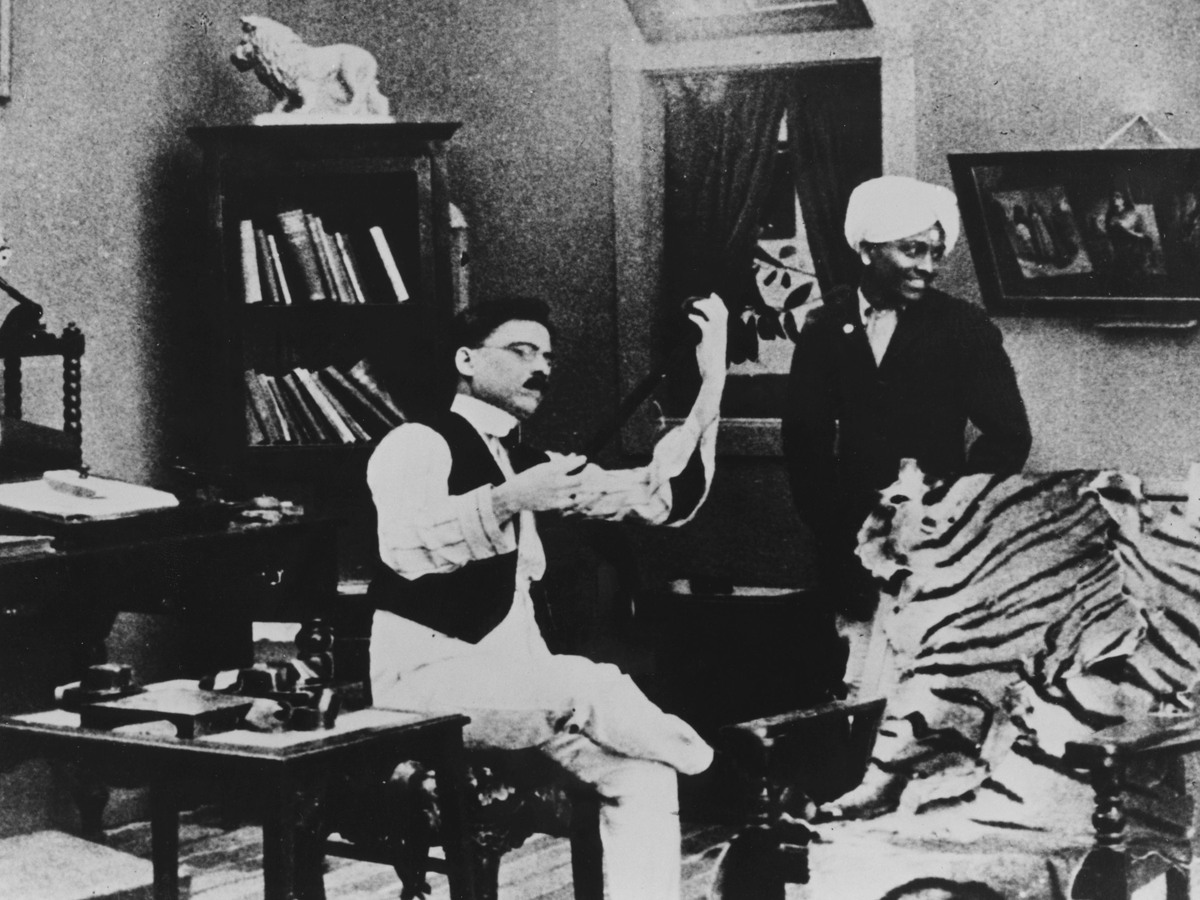 Phalke raised Indian financing and hired Indian actors to tell an Indian story on screen. According to Srinivas, it was partly an act of Indian nationalism.

Unlike most film audiences today, early moviegoers in India were not disappointed to see familiar tales in films like Raja Harischandra, says Nasreen Kabir, a documentary filmmaker who's written books about Hindi films.

"They didn't go to the cinema to be surprised, so formula works, very much so," she explains, "Even today, in Indian cinema, if you looked and studied it well, it depends a lot on repetition and formula."

Today's Indian film industry has sometimes been criticized for churning out "Bollycats," unauthorized remakes that copycat Hollywood movies and other foreign films. But Srinivas says mainstream filmmakers in India are following a tradition that began with Phalke.

"Look at it a little differently from, say, a copyright lawyer's perspective," he says, "If the challenge really is not to create a wholly original story but to indigenize it by adding, subtracting, [or] transforming your material, then you have another history of Indian cinema emerging."

Only two of the four reels of Phalke's Raja Harischandra have survived and are currently preserved at the National Film Archive of India. One of the remaining sequences captures the start of another tradition of Indian cinema, according to Tom Vick, who curates Asian films at the Smithsonian's Freer and Sackler Galleries 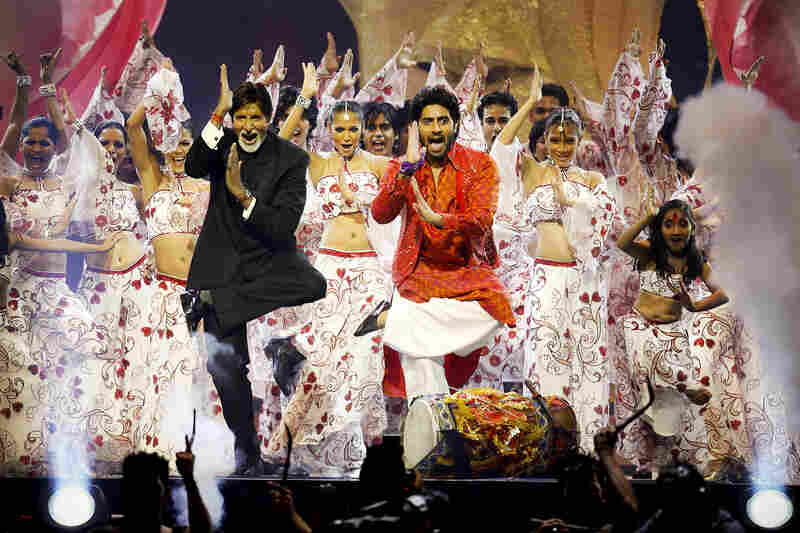 "It actually has the very first wet-sari scene ever in Indian cinema, which is a tradition that exists still today," Vick says, referring to a scene in which male actors cross-dressing in saris as women bathe in a fountain. (According to Vick, "Phalke could not get any women to perform in his film.")

"Today's Bollywood spectacles are definitely the children and grandchildren of what Phalke was doing," Vick says.

It's just become bigger, louder and more spectacular, he adds, as technology and people's skills evolved — and as India's become one of the major players in the global film industry.