Are We Laughing With Charles Ramsey?

Are We Laughing With Charles Ramsey? 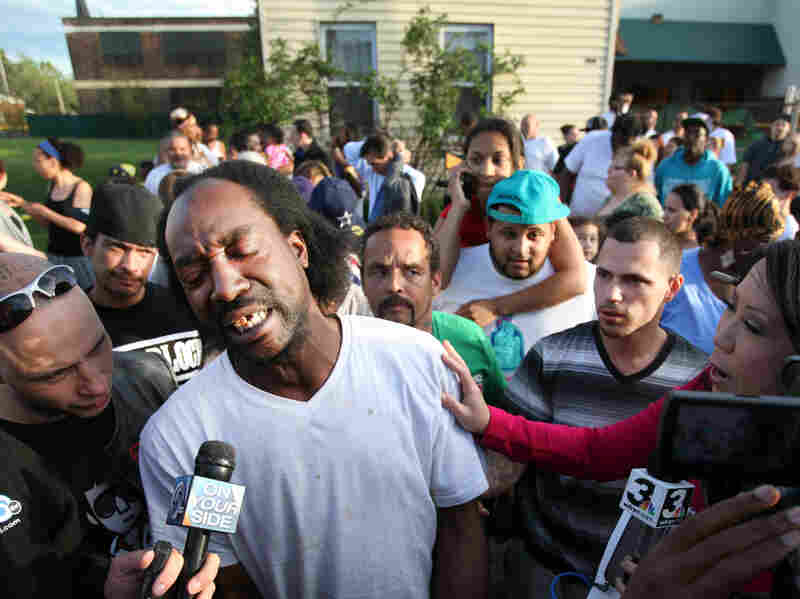 Charles Ramsey talks to media Tuesday as people congratulate him for having helped some women get out of a Cleveland home. Amanda Berry, Gina DeJesus, Michelle Knight and a 6-year-old girl were rescued from the house. Scott Shaw/The Plain Dealer/Landov hide caption 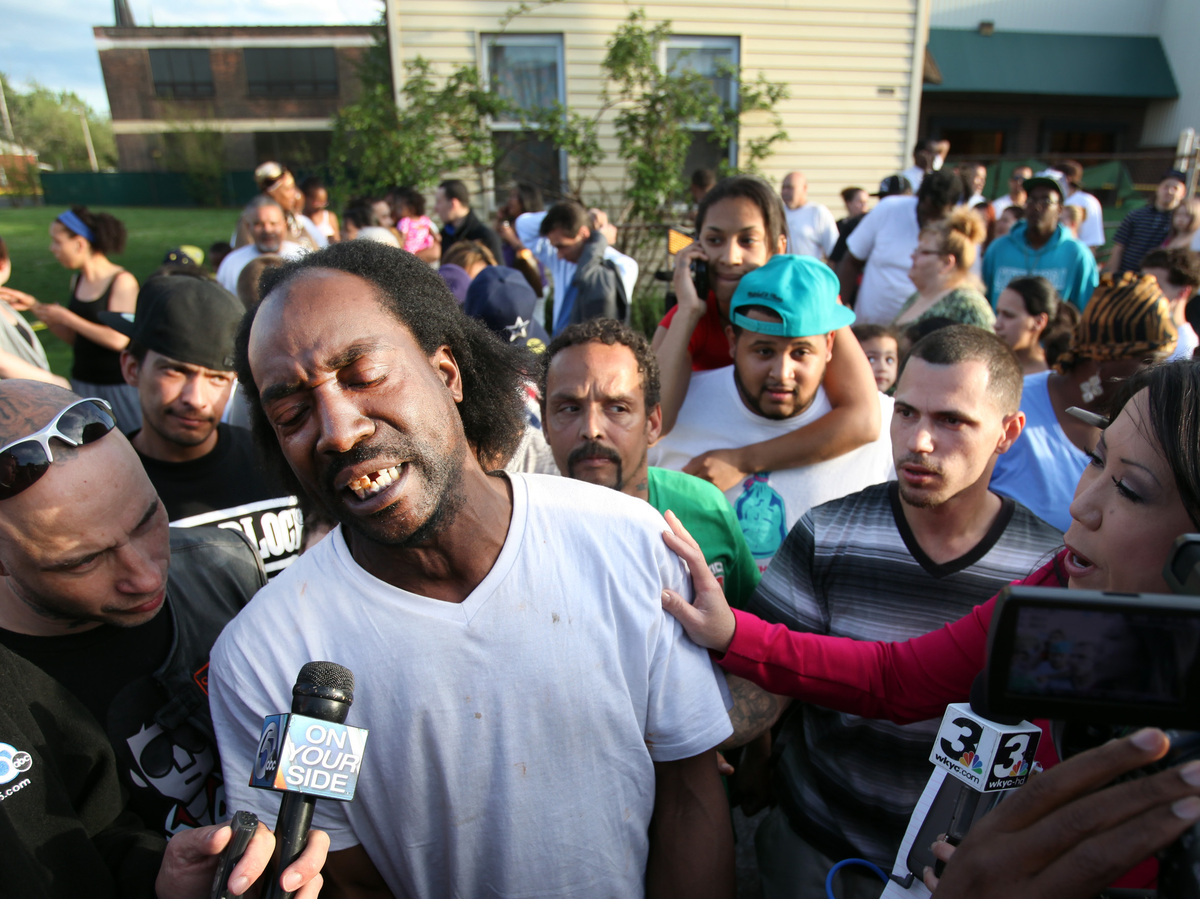 Charles Ramsey talks to media Tuesday as people congratulate him for having helped some women get out of a Cleveland home. Amanda Berry, Gina DeJesus, Michelle Knight and a 6-year-old girl were rescued from the house.

It's hard out here for a black man the Internet accidentally thrusts into the limelight. Those 15 minutes ain't no joke.

Charles Ramsey, the Cleveland man who helped Amanda Berry escape from her captor and free her fellow captives, is already a full-fledged Thing On The Internet, primarily owing to a live local television news interview. During that interview, Ramsey proved himself a fantastic storyteller, and he kept it extra-extra-real.

What made Ramsey really blow up on the Internet was his observation at the end of the interview.

"Bro, I knew something was wrong when a little pretty white girl ran into a black man's arms," Ramsey told a local TV reporter. The local reporter quickly pivoted away.

(He's not lying: Cleveland is one of the 10 most segregated cities in the U.S., according to a study from two researchers.)

Like Ted Williams, the homeless "man with the golden voice," Antoine Dodson of "Hide Your Kids, Hide Your Wife!" fame, and Sweet Brown of "Oh, Lordy, there's a fire!" — three other poor black folks who became unlikely Internet celebrities in recent years — Ramsey seemed at ease in front of the camera. And of course, he's already been Auto-Tuned.

Very quickly, they went from individuals who lived on America's margins to embodying a weird, new kind of fame. Williams ended up being offered work doing voiceovers for radio. Dodson leveraged his newfound notoriety to get his family out of the projects. (Our colleagues at Tell Me More sat down with Dodson a little while back to talk about blowing up and moving out of the 'hood.)

This new notoriety mimics the old, familiar trajectory of celebrity. We start to learn all sorts of things about these regular people that "complicates" them. Their foibles become part of the story. Williams' history of drug abuse and petty crime quickly came to the fore; he would go on to appear on Dr. Phil to talk about his estrangement from his family. Dodson would later land in the news for run-ins with the law for drug possession. (Just this week, Dodson announced that he was joining a nationalist religious order called the Black Hebrew Israelites and renouncing his homosexuality.)

But race and class seemed to be central to the celebrity of all these people. They were poor. They were black. Their hair was kind of a mess. And they were unashamed. That's still weird and chuckle-worthy.

On the face of it, the memes, the Auto-Tune remixes and the laughing seem purely celebratory. But what feels like celebration can also carry with it the undertone of condescension. Amid the hood backdrop — the gnarled teeth, the dirty white tee, the slang, the shout-out to McDonald's — we miss the fact that Charles Ramsey is perfectly lucid and intelligent.

"I have a feeling half the ppl who say 'Oooh I love watching him on the internet!' would turn away if they saw him on the street," the writer Sarah Kendzior tweeted.