Accessibility links
Latino High School Grads Enter College At Record Rate : Code Switch Latinos are entering colleges and universities at higher rates than whites and blacks but still lower than Asian-Americans. This is an all-time high for Latinos, according to a recent Pew Hispanic Center report. It's the result, in part, of a dramatic rise in the graduation rate among Hispanic high school students. 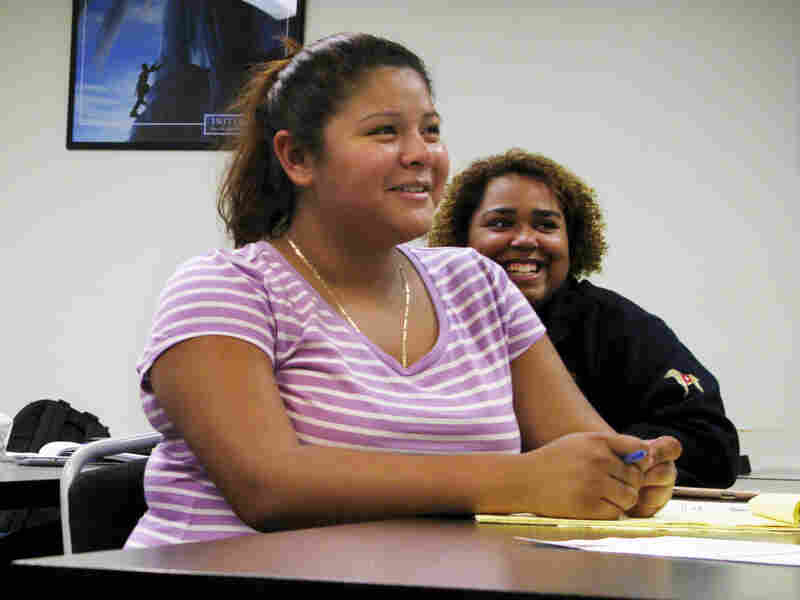 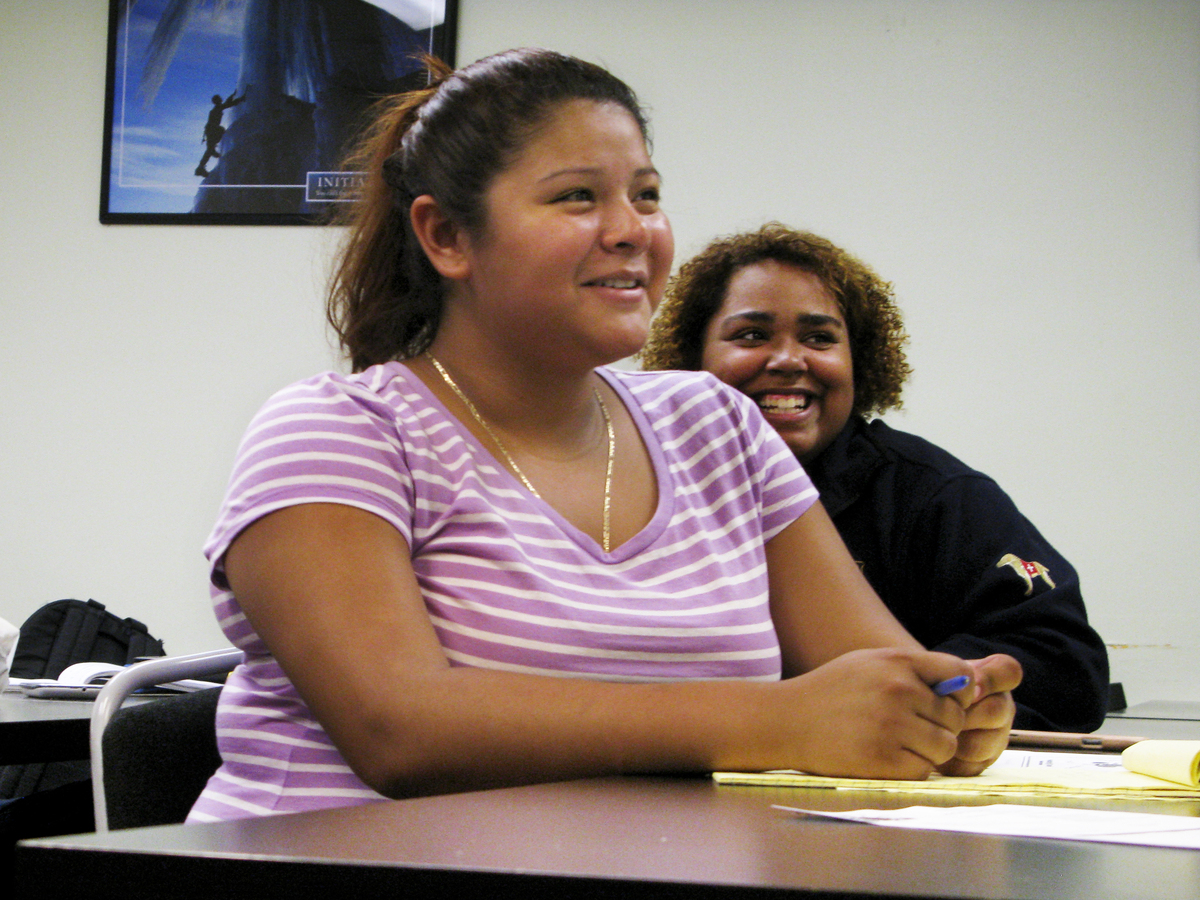 Jackeline Lizama (front) plans to attend a local community college after she graduates next month from her high school in Silver Spring, Md.

If the headline caught your eye, here's more good news.

Seven in 10 Latino high school graduates in the class of 2012 went to college, according to a recent report by the Pew Hispanic Center.

That's a record-high college enrollment rate for Latinos, and it's the first time Latinos have surpassed white and black students, even as they lag behind Asian-Americans. The Latino high school dropout rate has fallen by half over the past decade — from 28 percent in 2000 to 14 percent in 2011.

The Pew report did not get into exactly why more Latino students are enrolling in college. But its co-authors, Richard Fry and Paul Taylor, note that the recession may have spurred more young Latinos to stay in school and delay entering the job market.

A more compelling theory may be a generational shift within the Latino population, says Marcelo Suarez-Orozco, dean of UCLA's Graduate School of Education and Information Studies. Suarez-Orozco, who studies immigration and education issues, sees the increase of Latinos entering college as part of a natural cycle of the American immigration story.

"I think the story here is really the story of the maturing of the second generation," he says. "These are U.S.-born kids, and these are kids who have higher ambitions. They want to do better than their parents. And they're connecting with colleges."

Jackeline Lizama, 18, is planning to connect with a local community college near her home in Silver Spring, Md. Lizama, who was born in the U.S. to parents originally from El Salvador, will graduate from high school in a few weeks.

"I'm happy to get out of the daily routine and move on to something bigger and better," she says.

Bigger and better for Lizama will be first, two years of community college, followed by a transfer to a state university and eventually, she hopes, a career in law enforcement. Lizama says not all of her Latino classmates feel that they can afford a similar financial investment.

I think most of us Latinos think that [college is] not for us."

Lizama's college-funding plan includes working after school at a Maryland branch of the Latin American Youth Center, a nonprofit that offers classes and training programs mainly for young Latinos. Her supervisor Sandra Martinez, 30, is also a working student, studying for a degree in social work. Between hitting the books and raising her teenage daughter, Martinez works at the community center, encouraging Latino youths to set a college degree in their sights earlier than she did.

"I think most of us Latinos think that [college is] not for us," Martinez says. "For me, when I was younger growing up, that was never mentioned. There was no higher dream after high school. And I think that now, with the generation improving or the kids becoming more Americanized and what not, it's helping."

The Pew Hispanic Center's report also includes stark reminders of how Latino students fall behind once they're in college. A little under half of Latino students are enrolled in community colleges. For those who do go on to four-year colleges, they're more likely to drop out than other students.

Fry, who co-wrote the report, says of students in today's competitive, global economy, "We've ratcheted [our expectations for educational completion] up as the rest of the world's youth has ratcheted up as well."

Suarez-Orozco of UCLA says a more important sign of Latino student success would be an increase in the college completion rate, currently at 11 percent. (The overall rate is 21 percent for 22- to 24-years-olds.)

"They are the future of our country," he says. "This is not a narrow demographic question pertinent to only one group in the American mosaic. This is fundamental to all of us."