Accessibility links
Immigrants To Be Largest Driver Of U.S. Population Growth : Code Switch The Census Bureau projects that for the first time in almost two centuries, immigrants will be the main source of U.S. population growth as early as 2027.

Immigrants To Be Largest Driver Of U.S. Population Growth

Immigrants To Be Largest Driver Of U.S. Population Growth 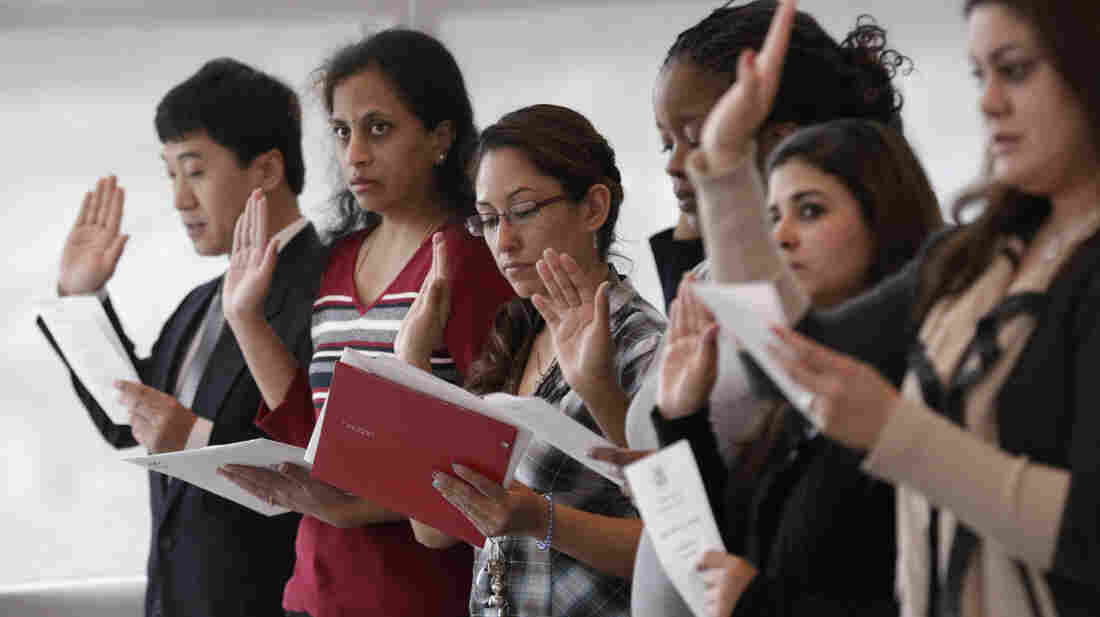 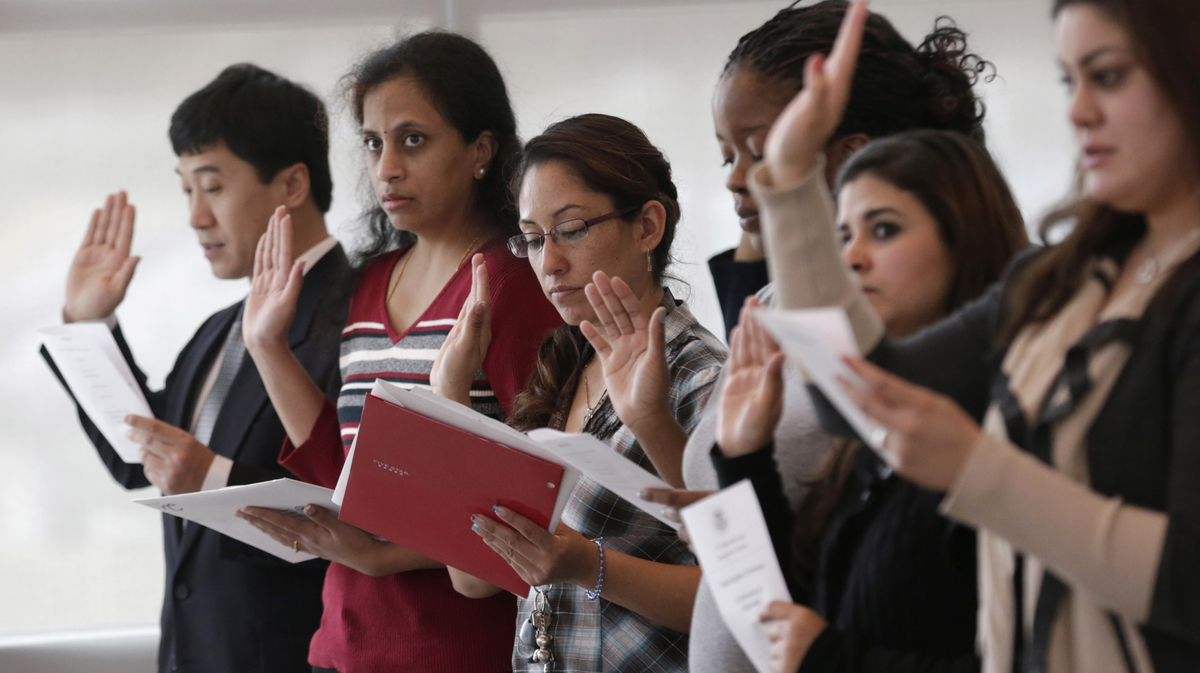 Immigrants take the U.S. oath of citizenship during a naturalization ceremony in Irving, Texas.

New immigrants will be the main driver of population growth in the U.S. by as early as 2027, according to new Census Bureau projections.

This would be the first time in almost two centuries that new births will not be the largest source of U.S. population growth.

The Census Bureau says its projections show a combination of declining fertility rates, aging baby boomers and ongoing immigration to the United States.

This trend stems less from more immigrants coming into the country than from Americans having fewer babies, explains Douglas Massey, who studies immigration patterns at Princeton University.

"This is something that's common throughout the developed world," Massey says. "Other countries have already reached this state, where immigration is the prime source of population growth."

A relatively high fertility rate, he adds, has made the U.S. unique among developed countries. But that rate has been slowly declining — a trend that will shift the American population growth dynamics as early as 2027 or as late as 2038. The exact year will depend on actual levels of immigration flows over the next few decades.