Accessibility links
'Venus And Serena': An Extraordinary Story, Told On Film : Code Switch The amazing tale of two sisters from a poor neighborhood — who play tennis unlike anyone before them and each reach No. 1 in the world — is one we're not likely to see again. 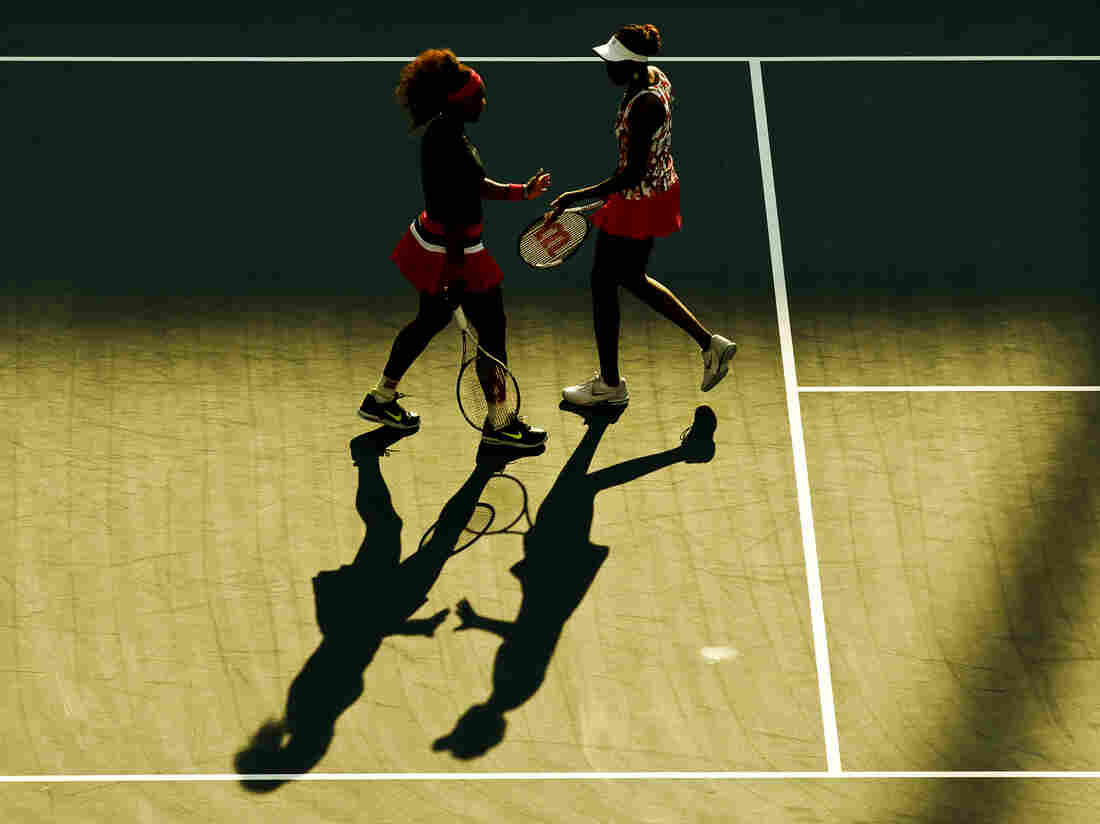 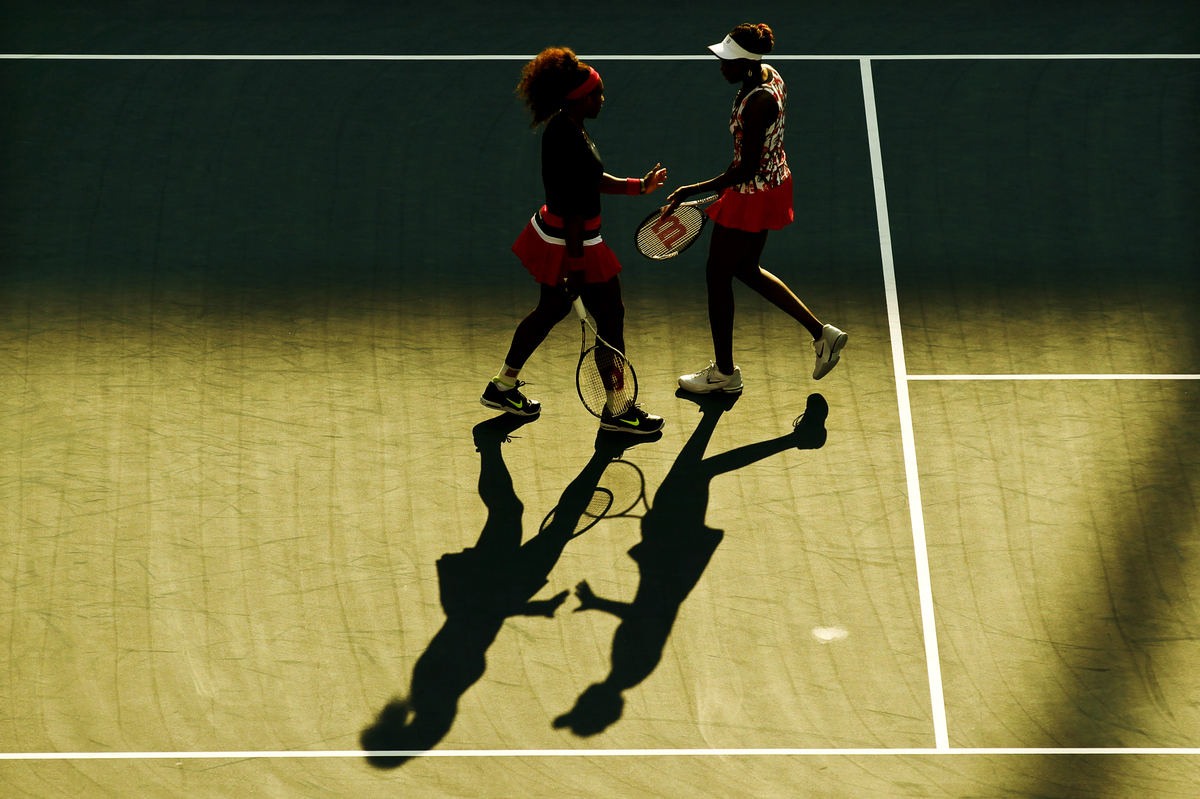 Serena (left) and Venus Williams celebrate a point during their women's doubles match at the U.S. Open tennis tournament in August 2012.

It's Cinderella plus Jackie Robinson times two. When Venus and Serena Williams burst onto the lily-white world of tennis, they changed the game and made history: They were sisters. From a poor neighborhood. Who brought unprecedented power to the game. And both reached No. 1.

Their journey is the subject of a new documentary called Venus and Serena, showing in select theaters around the country.

"It's not just about sports," says co-director Maiken Baird. "I think of it as the great American story. It's rich with family, sisterhood, race, hard work and tenaciousness."

The film spans the sisters' careers — from their childhood days learning tennis from their father on rundown courts in Compton to their slew of Grand Slam victories as adults.

As their first trainer, Richard Williams gets a lot of credit for his very unorthodox approach. "He'd say, 'Rick, I want someone to play Venus today who cheats a lot,' " says one of Venus and Serena's first coaches, Rick Macci, of the women's father. " 'Maybe a kid who doesn't like us a lot.' No other parent would do that. And this is when they were 10 and 11 years old."

Filmmaker Baird says Richard Williams was one of the reasons her team was drawn to the story. "The fact that the father divined this, and that he said they would be No. 1 in the world, and that they became it, and that they become each other's greatest competitors is just an extraordinary story that we've never seen before and certainly can't imagine ever seeing again."

But the film also shows just how big a role Venus and Serena's mother plays — on and off the court. Oracene Williams is as much their coach as her ex-husband Richard is. She also helped shape their image.

"I wanted them to be women of color and be proud of who they are and not let anyone make them ashamed of it," she says in the film.

It was an image that comedian Chris Rock really liked. "I remembered the braids and I remember they were like really black," he says on camera. "They were like, black black. They weren't like, country club black." 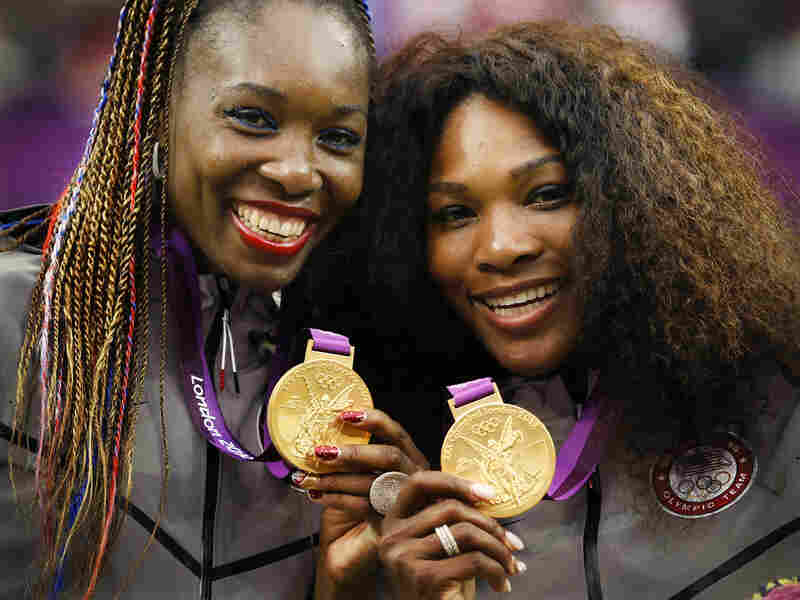 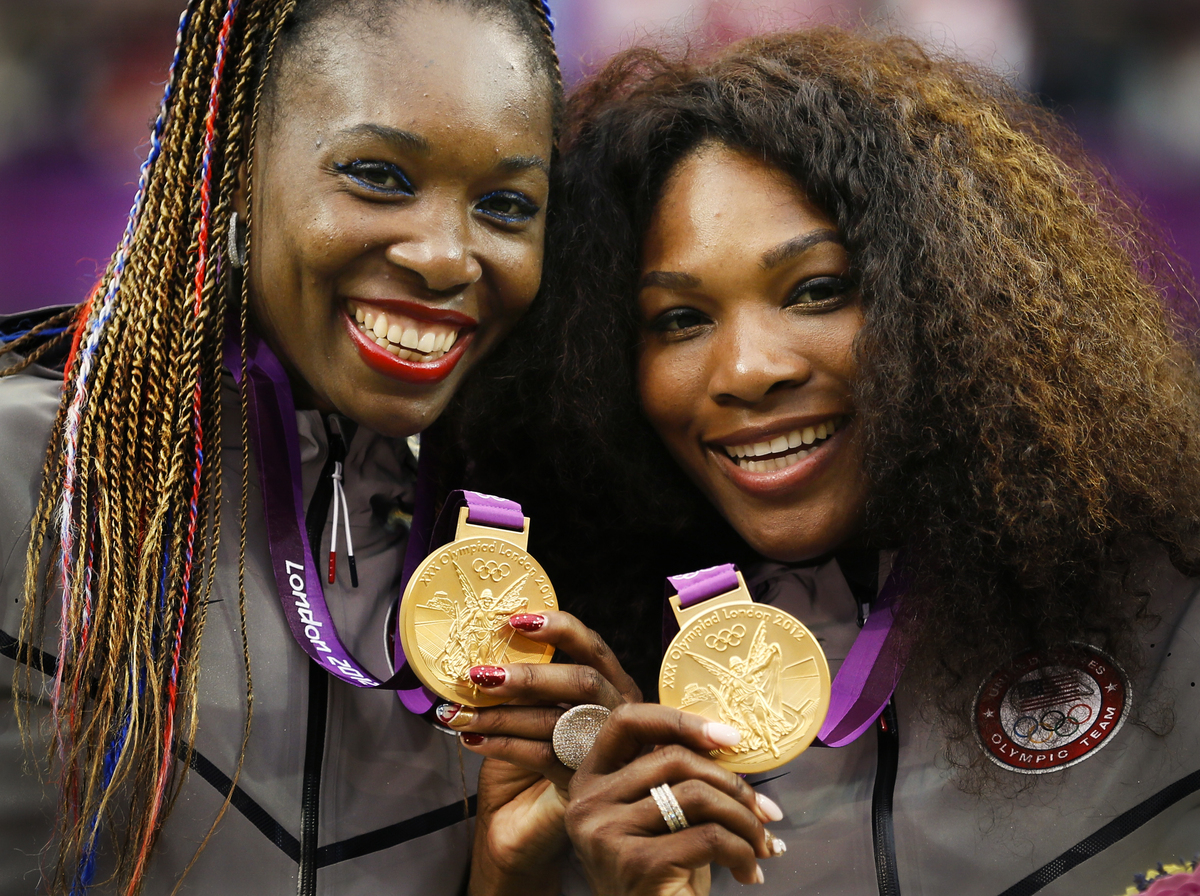 Serena (right) and Venus Williams pose with their gold medals during the London 2012 Olympic Games.

In the mostly white world of tennis, Venus and Serena say they've faced racism more than once. The documentary includes startling footage from the 2001 Indian Wells Tournament in Palm Springs, Calif. Venus was scheduled to play Serena but she defaulted because she said she was injured. It was reported that fans thought that was a lie.

Two days later, when she and her father entered the stadium to watch Serena play, the crowd booed loudly. When Serena walked into the stadium, she was also booed.

"We interviewed everybody in the family and asked them about Indian Wells," said the documentary's co-director, Michelle Major. "And the older sister said to me, 'That happened to them all the time. We just have that one on tape.' "

Serena won the match, but vowed she would not return to Indian Wells.

Even though this documentary is not "all about sports," there are rare glimpses of what it takes to be an elite athlete. In the third round of the U.S. Open in 2011, Serena won but played poorly. After the match, she's on the treadmill, berating her hitting partner for not giving her enough of a challenge on the court. And she is all business.

Serena — as Venus says in the film — is more of a fighter than her sister. But throughout the documentary it's clear they are each other's biggest fans. They've been inseparable since they were little girls. Venus is the protector, and Serena is the admiring-but-spoiled baby sister. But the film also shows just how tough it is for your best friend to be your biggest competitor.

"What's the toughest match you've ever been in?" an interviewer asks Venus, who is around 11 at the time.

"Probably the one against my sister," Venus replies.