Accessibility links
What's The Most Ridiculous Question You've Been Asked? : Code Switch Some people are comfortable asking pretty bold questions about race. What are the most hilarious or outlandish questions you've been asked?

What's The Most Ridiculous Question You've Been Asked?

What's The Most Ridiculous Question You've Been Asked? 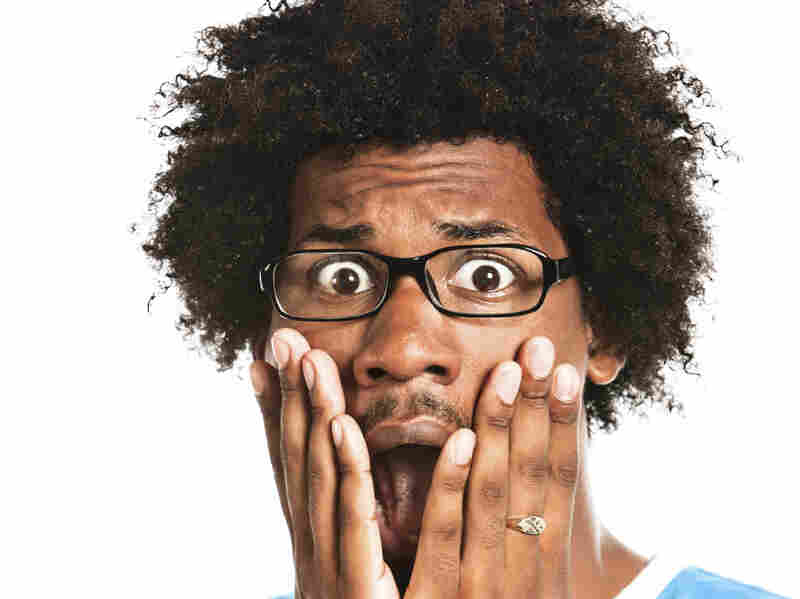 What's the most ridiculous question you've been asked, regardless of race or ethnicity? iStockphoto.com hide caption What's the most ridiculous question you've been asked, regardless of race or ethnicity?

AskReddit is also the best place on the Internet to talk about race.*

And people do, often. Last month, for example, someone posed a question that spawned a luminous dialogue:

What's one question you've been dying to ask another race but never do because you're afraid of the impending "THAT'S RACIST" aftermath?

It surprised us, having heard so many questions ourselves, that there were still folks who felt reluctant to ask them. After all, some people are comfortable asking pretty bold questions.

Just this week, a police officer followed a white father to his home and asked whether the man's biracial children were actually his. We asked our multiracial followers on Twitter if they'd ever experienced something similar. Turns out, they too have been asked some outlandish questions.

@nprcodeswitch Several times asked where I"got my kids from." Tempted to give what would be considered a vulgar response, but refrained.

@nprcodeswitch: Stranger: Is that your baby? Me: Yes. Stranger: R U sure? U know babies get mixed up all the time in hospitals.

(Once, a friend asked me why Chinese people always go by their full names. "I mean, you go by Kat Chow," he said, rattling off a string of his other Chinese friends' full names. "What's up with that?"

So we wanted to turn the question around. What odd or ridiculous or hilarious questions have you been asked, no matter your race or ethnic background? And in case you want to share with us in a more private way, you can answer using this form.

Let us know in the comment section, or tweet your question to us at @NPRCodeSwitch, using #theyasked.

*AskReddit is not the best place on the Internet to talk about race.