Accessibility links
Arab-Americans: A 'Growing' Community, But By How Much? : Code Switch The Census Bureau estimates 1.5 million Americans claim Arab ancestry. But some advocates say the Arab-American community is more than double that size.

Arab-Americans: A 'Growing' Community, But By How Much?

Arab-Americans: A 'Growing' Community, But By How Much? 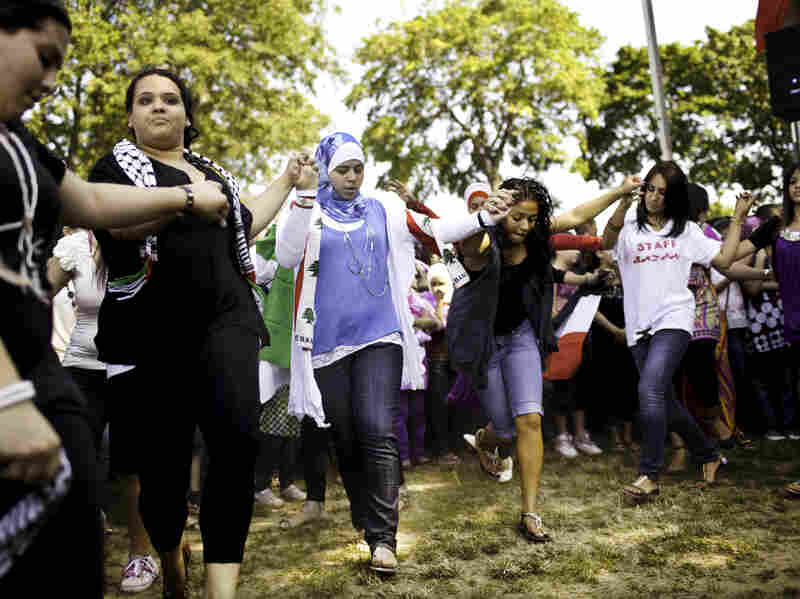 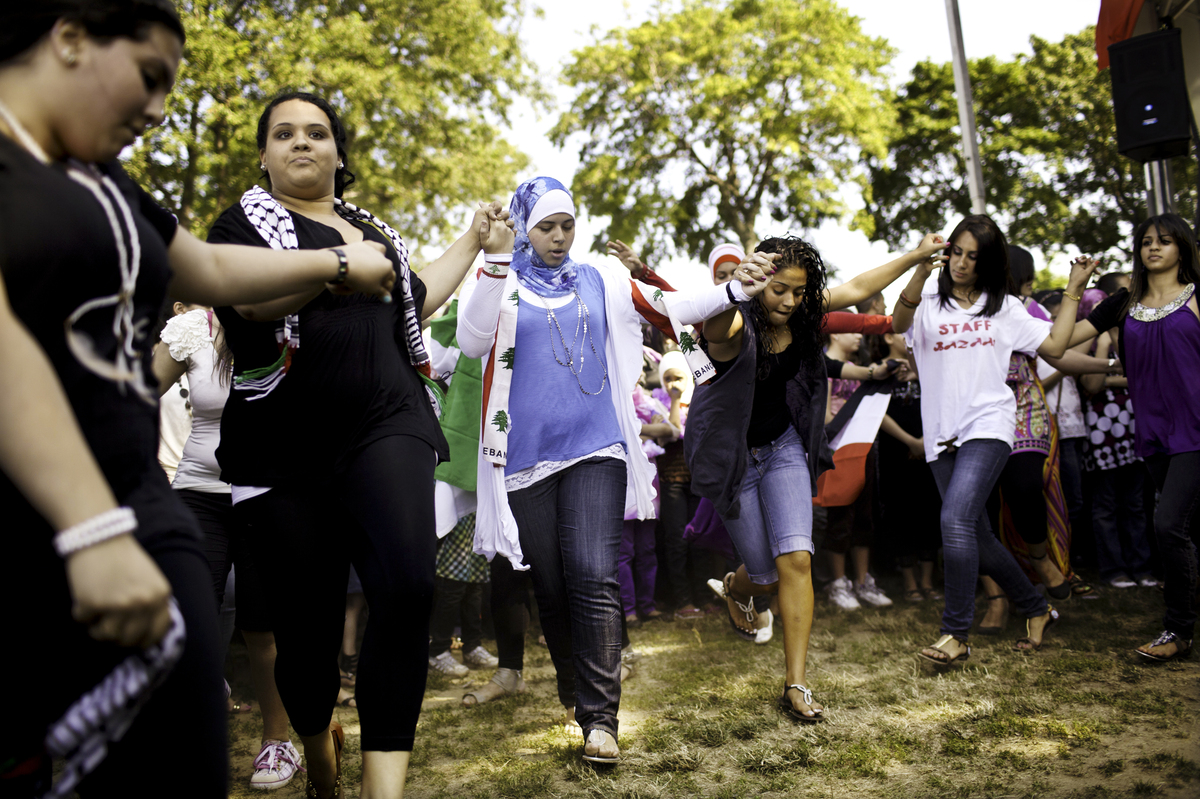 Arab-Americans join in a traditional dance during the sixth annual Arab-American Heritage Festival in Brooklyn in 2011.

That's less than 1 percent of the total U.S. population.

Some advocates of the Arab-American community, however, have raised questions about whether these numbers reflect the actual size of the population.

"The census undercounts our community. It always has," says Maya Berry, executive director of the Arab American Institute, an advocacy group based in Washington, D.C.

Berry's organization estimates the total Arab-American population to be closer to 3.6 million — more than double the Census Bureau's latest estimate. That number is based in part on research by polling firm Zogby International, according to the Arab American Institute's website.

Reasons for the discrepancy between the estimates, the Arab American Institute claims, may include:

" ... the placement of and limit of the ancestry question (as distinct from race and ethnicity) [on the Census Bureau's American Community Survey]; the effect of the sample methodology on small, unevenly distributed ethnic groups; high levels of out-marriage among the third and fourth generations; and distrust/misunderstanding of government surveys among recent immigrants."

The current census definition of "Arab ancestry" also excludes Arab League countries such as Somalia and Sudan as countries of origin. Census Bureau officials say defining who is Arab is a work in progress.

"We are working with experts and community leaders on how to make changes for the 2020 census," explains Roberto Ramirez, chief of the Census Bureau's Ethnicity and Ancestry Statistics Branch.

Despite the debate over the overall population size, advocates agree that the latest census report does provide a window into economic differences within the Arab-American community.

Arab-Americans have a higher median household income ($56,433) than the national median ($51,914). Within the community, Lebanese-Americans, who make up one in three Arab-American households, lead at $67,264, with Iraqi-Americans at the lowest end at $32,075.

While homeownership among Arab-Americans overall is below the national rate (66.6 percent), Lebanese and Syrians are more likely to own homes, with rates at 71.6 percent and 69.2 percent, respectively.

Berry says these trends reflect the community's immigration history. Lebanese and Syrians were part of the first major wave of Arab immigrants beginning in the late 1800s, while Iraqis are among the newest groups to settle in large numbers in the U.S.

"It gives us an opportunity to look at the kinds of services offered to the community and ask, 'Are we giving sufficient resources?' " she says.