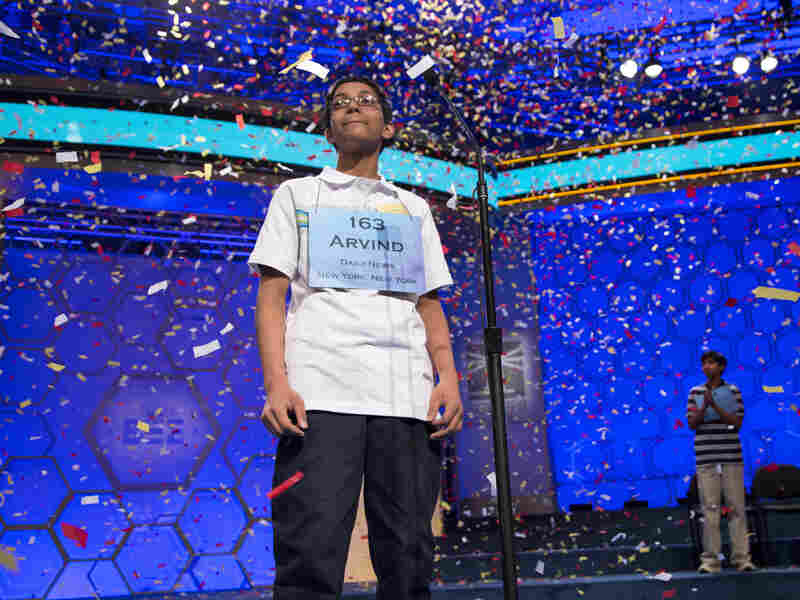 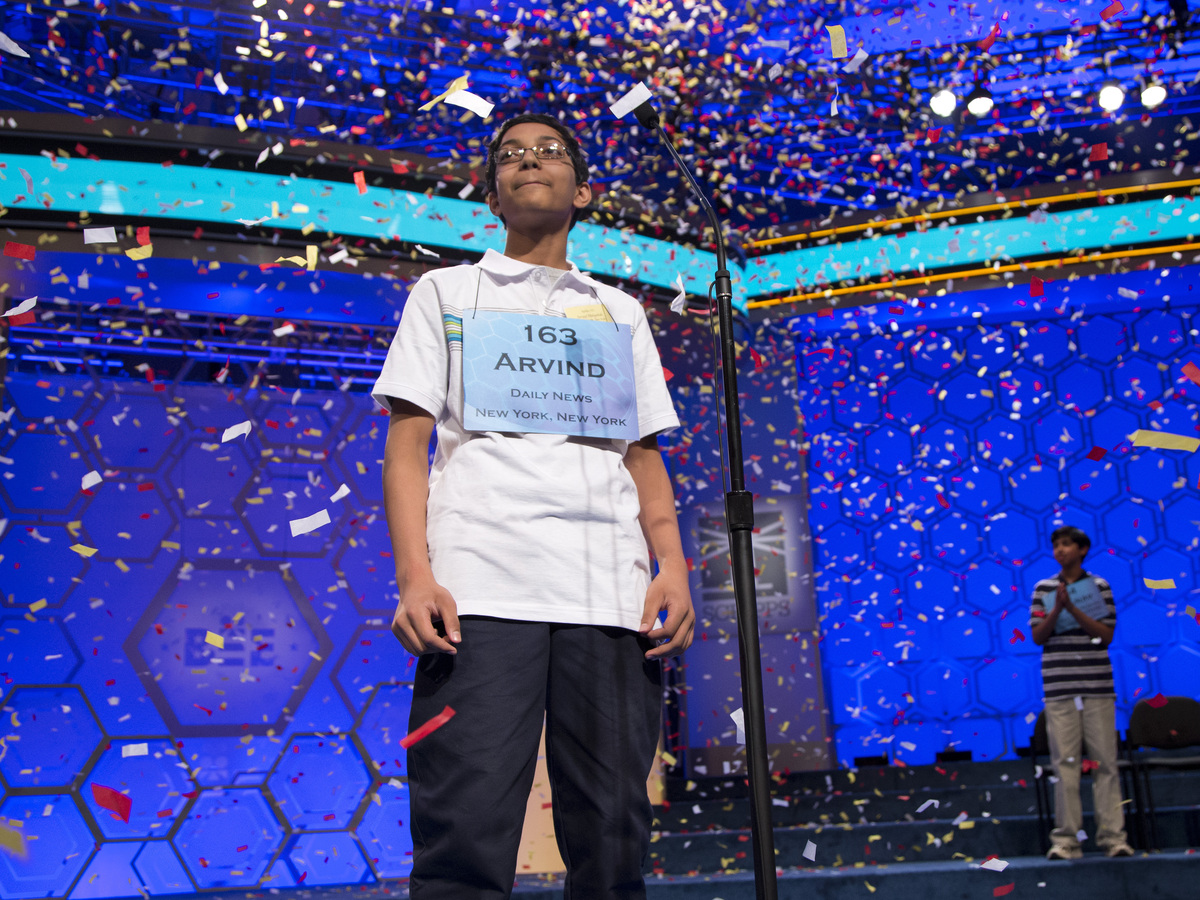 When Arvind Mahankali won the Scripps-Howard National Spelling Bee last night, he became the sixth consecutive Indian-American winner and the 11th in the past 15 years.

Back in 1985, Balu Natarajan became the spelling bee's first Indian-American winner. (He won with "milieu" and acknowledged that the words have gotten a lot harder since then.) Our play-cousins over at Tell Me More got to chat with him back in 2009.

"The only thing I'll take credit for is helping to prove that it can be done by someone of Indian-American descent," he said. "Really, beyond that, it's the effort put forth by the kids and their families."

But Natarajan said that a community organization called the North South Foundation was one of the biggest reasons for the dominance of young desis at the spelling bee. "They have been holding spelling bees since 1993," he said. " It initially started as a means of raising funds for kids who needed education in India, and that has turned into quite the training and breeding ground. There are a lot of kids who have done well in those contests who have then gone on to the national competition, and some of them have gone on to win."

In a nice explainer on the North South Foundation back in 2010, Slate said that NSF kids — thousands compete in NSF spelling events each year — might be even more dominant at the National Spelling Bee, were it not for Scripps' rules:

You have to be more than a great speller to qualify for the National Bee—you also have to live in a school district with a sponsoring newspaper or community organization. ... In areas with more gifted NSFers than competition zones, the battle to get into Scripps can be intense. Whereas regional North South Foundation competitions are run like standardized tests—the best scores get weighted against a national average to determine the national finalists—Scripps operates more like a crazy single-elimination tournament. The winner in each local bracket funnels into a pool of finalists, who repeat the same process to pick a winner. That can lead to some powerhouse regional showdowns. In San Jose, Calif., for instance, eventual 2009 NSF senior co-champion Ramya Auroprem had to beat out 2009 NSF runner-up Sidarth Jayadev just to make it into last year's National Spelling Bee finals.

Earlier this week, NPR's Elise Hu caught up with some former Scripps winners who were long past the braces-and-flash-cards phase of their lives.

"I think some potential spellers and their families may have this idea that winning the national spelling bee is an automatic passport to success, and I really don't think that's true," Raga Ramachandran, who won in 1988, told her. (She's a surgical pathologist now.) In spelling and in life, she said, "I know a lot of it is luck of the draw. ... If I had gotten a different word, if I had been spelling in a slightly different order, I might very well not have won."