Accessibility links
New Survey Takes A Snapshot Of The View From Black America : Code Switch Despite being buffeted by high unemployment and the recession in recent years, African-Americans expressed high levels of life satisfaction and optimism for the future. 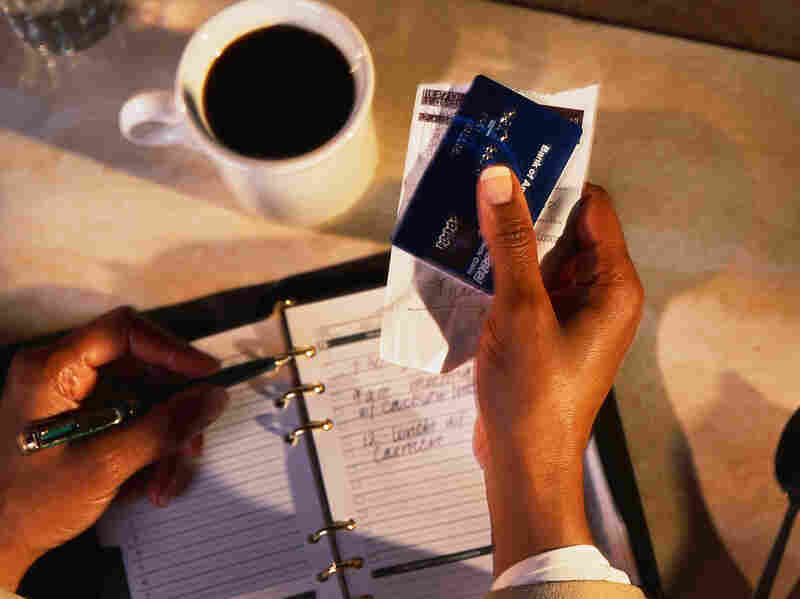 African-Americans said they were optimistic about the future despite anxieties about possible financial hardships. Barry Gregg/Corbis hide caption 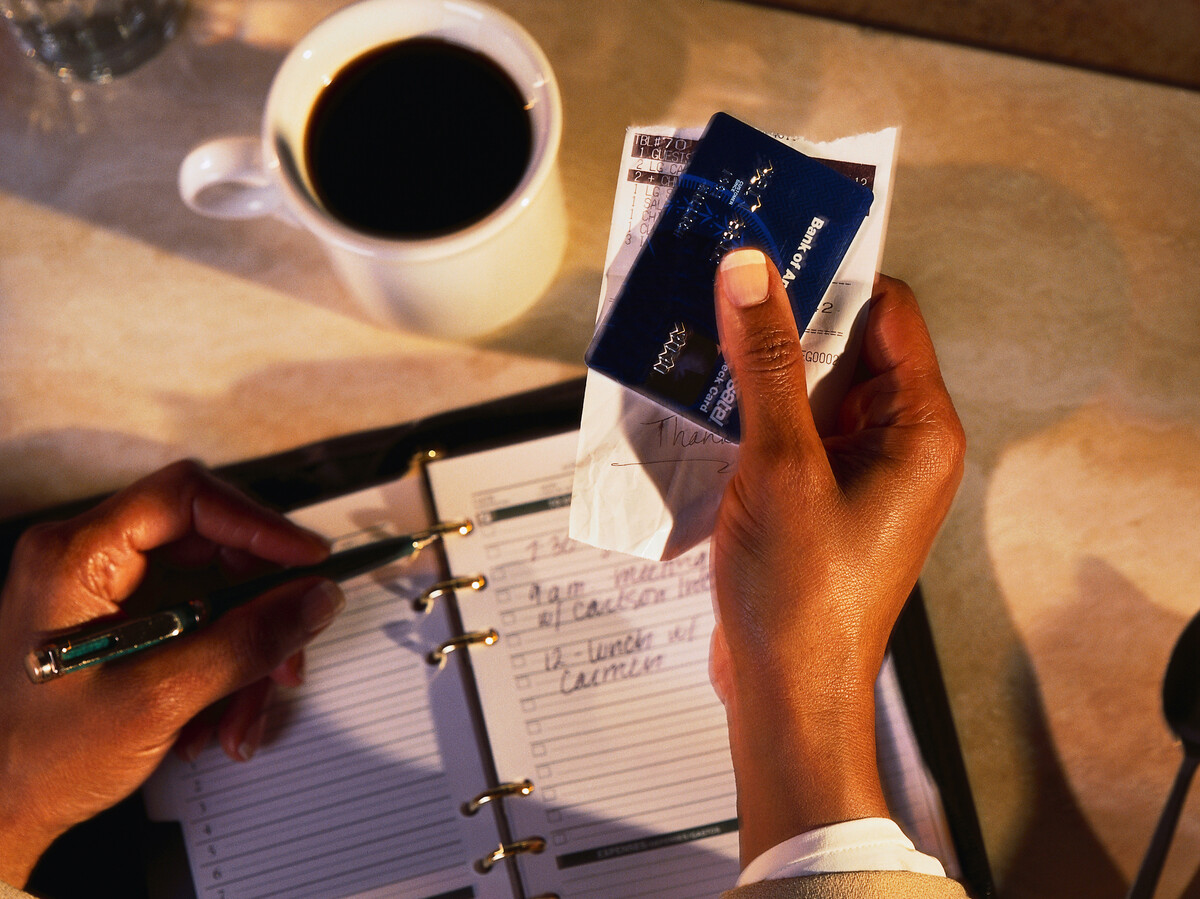 African-Americans said they were optimistic about the future despite anxieties about possible financial hardships.

You might think African-Americans might be more pessimistic about their lives. The housing crisis decimated pockets of black wealth. The black unemployment rate has been nearly double the national average for several years.

There was a sharp divide in attitudes between respondents who described their financial situation as "excellent" or "good" and those who described it as "not-so-good" or "poor."

But according to findings from our survey of more than 1,000 African-Americans, you'd be wrong.

A new poll released Tuesday by NPR, the Robert Wood Johnson Foundation and the Harvard School of Public Health found that the overwhelming majority of black people (86 percent) said they were satisfied with their lives. Nearly 60 percent said they would eventually achieve the American dream of financial security and homeownership. A little more than half of those polled (53 percent) said they felt their lives had gotten better in recent years.

The survey sampled about 1,081 people, and the geographic breakdown — with a majority of respondents in the South or in urban areas — roughly matched the demographics of African-Americans in the country more broadly. It asked respondents for their opinions on a wide range of issues: finances, personal health, dating lives, assessments of their communities and neighborhoods, and much more.

Robert Blendon, a professor of public health at Harvard and one of the study's co-directors, said polls usually find that people's reports of their life satisfaction is much higher than the economic climate might indicate. This optimism has barely budged from Harvard's last poll of African-Americans in 2002, when 90 percent of black people said they were satisfied with their lives.

But Blendon said that beneath that optimism, there's real anxiety. Respondents are "satisfied with their lives, but there's a lot of concern," he said. "They're very fearful of losing their jobs and very fearful of getting stuck with a very large medical bill if they get sick."

A Stark Divide On Financial Stability

The way a given person answered this question correlated with big differences in how he or she answered a bunch of other questions. "Just that one split leaves people with very different life experiences," Blendon said.

Perhaps unsurprisingly, that break tracked with differences in the way people felt about things like the schools nearby, their police departments, the cleanliness of their streets, safety from crime and the availability of fresh produce.

"People view their lives in very complex ways; it's not just one-dimensional," Blendon said. Even respondents who said crime in their area was a significant problem for them didn't necessarily feel unhappy with where they lived. (Asked the open-ended question, "What is the biggest issue facing the area where you live?" respondents listed crime above every other concern.)

Among 18-to-49-year-old respondents who were divorced, widowed or never married, men were significantly more likely than women to say they were seeking a committed long-term relationship. All The Single Fellas?

One of the most surprising findings in the study: who was or wasn't looking for a romantic partner. When people in the prime marrying cohort — ages 18 to 49, never married, divorced or widowed — were asked whether they were seeking a long-term relationship, just about a third said they were.

But it's the gender breakdown of the relationship numbers that really jumps out: Men were much more likely to say they were looking for a long-term relationship (43 percent) than were women (25 percent).

Blendon speculated that this, too, might be tied in part to economic concerns. He pointed to studies in which black women are more concerned with the financial stability of their partners than Latinas or white women. And because black women are outpacing black men on a host of metrics that might determine their financial prospects — black women are more likely to attend and graduate college and receive advanced degrees — Blendon says they may be less likely to see much financial upside in pairing up, compared with black men. "African-American women appear to have more security than men, and so women [might] see less men who bring financial security to the table," he said.

(An important note here: The pollsters asked people their feelings about entering long-term relationships — not marriage.)

In general, African-Americans were much more satisfied with their health care options than they were a decade ago. When Harvard did its last large poll of black people in 2002, only about a quarter of them said they were "very satisfied" with their health care options. But this year's number showed that the approval numbers nearly doubled, to 47 percent. Indeed, two-thirds said they felt that the last time either they or a family member fell ill, they were treated by one of the best doctors in the area.

Those numbers might be surprising: Government figures from 2011 show that one in five African-Americans was uninsured. But when asked about getting medical care over the past 12 months, the number of people who said they or a family member couldn't get medical care was about 1 in 8 — down from the 1-in-5 figure reported to the Robert Wood Johnson Foundation in 2006.

But while there was improvement in access, there were still areas of concern that hadn't budged. Twenty percent of respondents listed high blood pressure and stroke as the biggest health problems in their families, while 19 percent cited diabetes.

Asked to grade various aspects of the communities where they live, respondents gave the harshest grades of all to their entertainment venues, such as clubs and movie theaters. Another big surprise? The thing folks rated worse than their local schools or police departments or health care — lower than anything else they were asked to rate — was the quality of local entertainment venues like movie theaters and nightclubs. While neighborhoods with a paucity of food options are often described as "food deserts," respondents gave their grocery stores relatively high grades.

We wondered whether the harsh ratings given to entertainment venues might be a symptom of "popcorn deserts" in black neighborhoods, but we found no significant differences in these ratings when broken out by the racial makeup of the respondent's area. This was one of the few areas where the pollsters didn't see a split depending on the respondent's financial self-assessment. Whether they said they were in strong or shaky financial shape, respondents were most likely to offer up C, D or F grades to their entertainment venues.

In the coming days, we'll be diving deeper into these results. (Check back later today for the full PDF featuring topline findings from the report.) We'll be updating this post with links to some of the stories based on this poll as they come online. We want to hear what you think of the poll.

And to our black Code Switcher readers: Do these findings ring true to your experiences? What in the poll surprised you?