Accessibility links
A Latina Teen "Comes Out" As Black : Code Switch When Elaine Vilorio moved to the US as a young child, she encountered new notions of race. Now a high school senior, she talks about crafting an identity that's 'racially black and culturally Hispanic.' 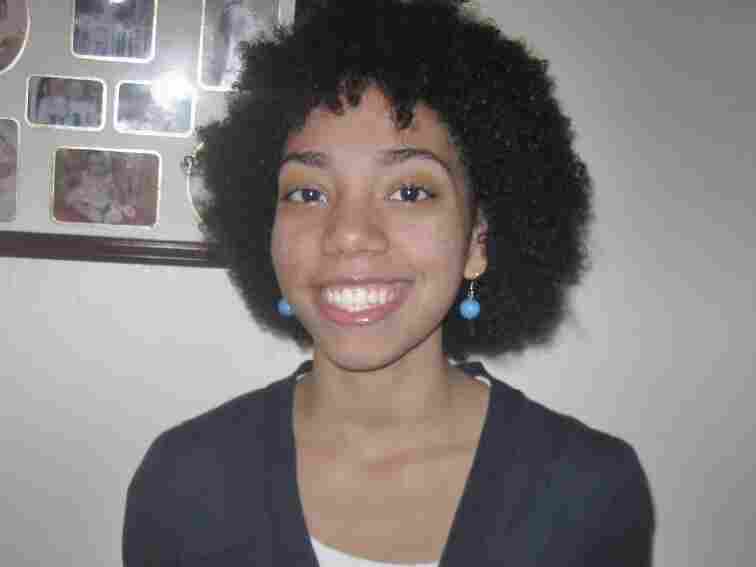 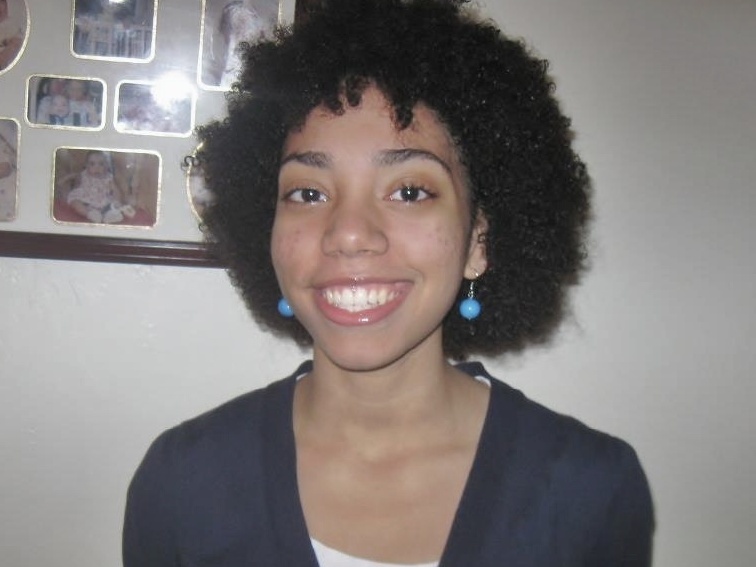 High school senior Elaine Vilorio wrote that she started seriously contemplating her blackness when she stopped straightening her hair.

A lot of teens ask themselves, "What am I?" For multiracial teens, the answer gets especially complicated.

It's something that Elaine Vilorio has thought about a lot. She's a high school senior, originally from the Dominican Republic. Over the course of her life, people assumed that she was black, and that bothered her. But two years ago, after she stopped chemically straightening her hair, the change in her appearance made her rethink her roots. She wrote about this in a Huffington Post piece titled "Coming Out As Black," and talked about it Thursday on Tell Me More with guest host Celeste Headlee. You can read the full transcript of the interview here. Highlights from the exchange are below.

On the difference between US and Dominican perceptions of identity:

When I came here ... I was really, really small. I never had gotten the question of what I was. I never really understood what that was. So when I encountered other kids who had grown up here more than I had, and they asked me ... what was I. And I was a little confused. I was like, "Well, I'm from the Dominican Republic," you know. They always said, Oh, well, you know, I thought you were black. And I had never gotten that.

I've seen ... Afro-Latinos, to use that phrase — Latinos who have obvious Afro-descendency — separate themselves from blacks by putting them off ... using stereotypes, like, Oh my goodness, they're so uneducated and blah blah blah. And I've always thought, "Well, you look like 'them.' And they're referring to ... American blacks. And I'm just thinking, So you look like them, you're putting these people in, you know, this category, but what about you? And that's always been something that's bothered me.

On being 'racially black and culturally Hispanic':

I still identify strongly as a Hispanic because, you know, that is my culture. My parents raised me and the values that they grew up with. And then also I had, ... growing up in America and in the American school system so I had ... that bi-cultural influence. But racially I'm black, you know. I can say that I'm black and being black and being Hispanic, Hispanic being a culture and black ... being associated with a culture, yes, but also with a race. You can be racially black and you can be culturally Hispanic and that was something that I wanted to combine, that I want to explore further and talk about more.

Read and hear the full interview with Elaine Vilorio.