Accessibility links
Puerto Rican Flags Wave To New York's Parade-Goers : Code Switch In terms of Puerto Rican Day parades, New York City's event still takes the cake with its millions of parade watchers. Despite a steady population drop, the city is still home to the largest Puerto Rican community in the United States — and you'll find it by the flags. 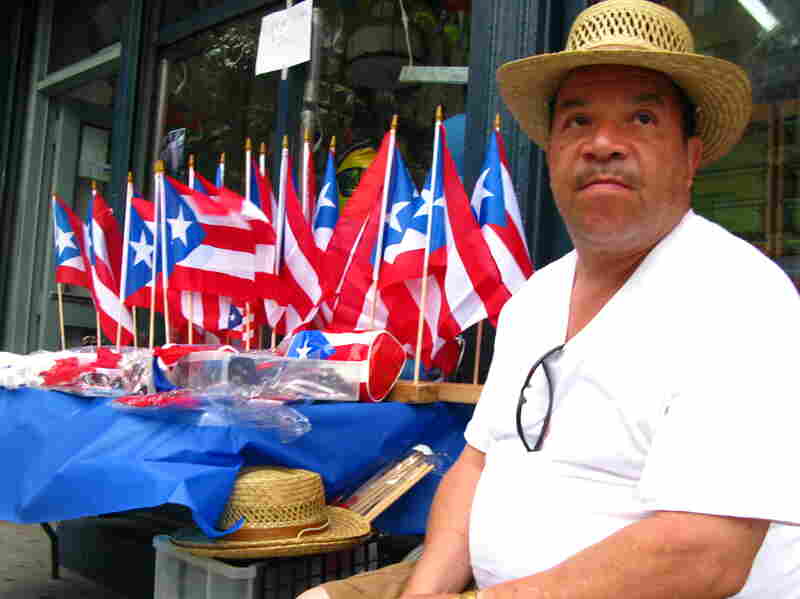 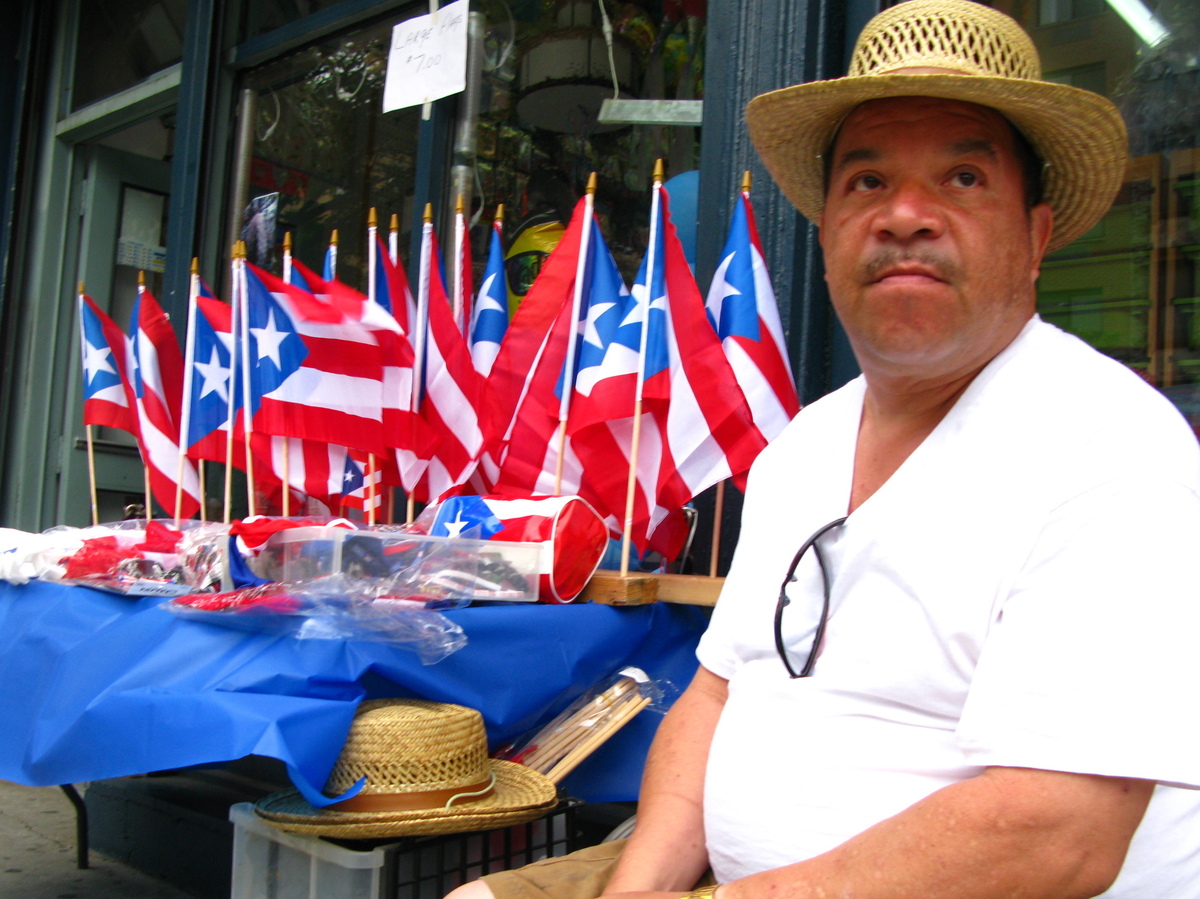 Longtime East Harlem resident Johnny Montanez, 53, says he sells Puerto Rican flags and T-shirts a few doors down from his apartment building to show that Puerto Ricans are "still here."

With 80,000 marchers and 2 million onlookers, the event is one of the country's biggest ethnic celebrations.

In the run-up to the parade, rows of street vendors have lined up north of the parade route, in New York's East Harlem neighborhood — also known as Spanish Harlem for the wave of Puerto Ricans that settled here after World War II.

These days, this neighborhood is where Gerardo Cruz can help you gear up before the parade.

"I got straw hats, souvenirs, necklaces, headbands — you name it!" says Cruz, as he shows off his tables of merchandise, all emblazoned with the words "Puerto Rico" or the colors of the island's flag — red, white and blue.

His biggest moneymakers, though, are T-shirts and actual Puerto Rican flags.

"I could sell maybe 20 big flags [a day]," says Cruz, who has found a sweet spot of heavy foot traffic and plenty of potential customers at the corner of 116th Street and Third Avenue.

His competitors and their tables of parade gear, though, are set up just down the street, behind the throngs of shoppers, couples and baby strollers.

Cruz, 62, was born on the Caribbean island but has spent most of his life on the island of Manhattan. After retiring a few years ago, he moved to Florida, joining one of the country's fastest growing Puerto Rican communities.

But in terms of Puerto Rican Day parades, New York City's event still takes the cake with its millions of parade watchers. The city is also still home to the largest Puerto Rican community in the United States, at more than 700,000.

Since 1990, there has been a steady drop in the number of Puerto Ricans living in New York City overall, while the numbers of Dominicans, Mexicans and other Latin Americans are on the rise.

Puerto Ricans still make up the city's largest Latino group, and their pride in their heritage has not wavered.

Whenever the parade is in town, just look for the flags.